What do the Market Technicians See Ahead? 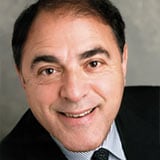 Peter Austin, chartered market technician, moderated this panel of technical experts, asking them for their market forecasts…Austin opened the panel discussion by asking the technicians what they see in the cards for the market.Based on the recent oversold position in the S&P, the market is trying to form a bottom, said Ken Tower, chief market strategist, Covered Bridge Tactical. But he is looking for some real indicators to quantify the progress of the rally. The S&P is struggling. Usually major lows are generally tested two-to-three months later, and he currently sees nothing positive on the S&P chart.

Tower cautioned traders not to get carried away with the long-term uptrend in volatility; it simply means rising investor uncertainty and anxiety. He noted that we would have to go back to 1999 before we could see a market rally and such a high VIX.

He made an argument for a second leg down in a bear market, as the economy slows further than expected. But Tower did tell attendees that there are sectors in the market to buy, recommending agricultural commodities, such as the PowerShares DB Agriculture ETF (Amex: DBA), basic materials, Materials Select Sector SPDR (Amex: XLB), iShares Lehman 20+ YRS Treas Bond (Amex: TLT), CurrencyShares Japanese Yen Trust (Nyse: FXY), and CurrencyShares Swiss Frank Trust (Nyse: FXF)

David Keller, technical analysis application specialist, Bloomberg, took attendees through his system and the indicators he uses to try to find the exhaustion of the market-when it has gone too far in one direction.He began with gold, noting that the metal formed a basing pattern in June, then broke above it. The RSI is starting to turn, but he still anticipates the price of gold to rise a little higher. Keller commented that oil has seen great divergences in the last couple of months, with higher highs in the price, but both MACD and RSI sloping down. He said this may indicate the long uptrend is beginning to top out, which he expects at the $107 level. But he added that he wouldn't necessarily write off energy.

As for the long bond, both the RSI and MACD on the futures are rolling consistent with declining bond prices and higher yields.

Keller sees exceptional consolidation in stocks, and weakness on the NYSE and the S&P 500. And while the Nasdaq 100 has become oversold, buyers have been unable to stage a rally, suggesting we're not finished with the bear just yet.

Speaking from an investor's point-of-view, Ralph Acampora, director of technical studies, New York Institute of Finance, told attendees that essentially, investors and traders have the same disciplines. Their differences amount to a matter of time. Traders measure their goals in minutes and days, while he looks at the market in terms of months and years.Having said that, Acampora noted that even traders need to have a feel as to the long-term outlook for the market, as you will trade differently in primary bull (buy dips) vs. bear (sell rallies) markets. He added that you might also interpret indicators differently.Acampora told attendees in his more than 40 years in the market, he has never seen such a bull run as we've experienced from 2002 to 2007-without a 20% correction along the way. But right now, we have too much supply. He added that he isn't saying the bull is totally over. But damage has occurred, citing market breadth as an important indicator.And we still must contend with high oil prices and the subprime debacle, which has not yet reached bottom. The elections and Olympics may hold it together, perhaps resulting in a flat or upward trend. But Acampora expects part two of the bear market which may wash it out, later this year or next.Sectors currently with leadership include energy, industrials materials, telecom, and he's seeing some glimmers in consumer discretionary. But he cautioned on healthcare and consumer staples.

Lastly, Acampora added that while some beaten-up sectors like regional banks and home builders are sufficiently washed out for investors, they are very tradable.