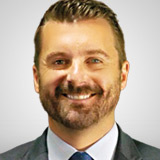 As the chart below illustrates, EUR/USD’s vicious run up to 1.4718 in late 2008 relative to the S&P 500 caused quite a disconnect in this well-established intermarket relationship.  But now, in early 2009, equity indices moving towards 2008 lows have reignited global risk aversion, resulting in dollar buying interest.  Hence, the EUR/USD:S&P correlation appears to be back on track.

As mentioned above, the S&P 500 is sitting on a key support line, which if broken, strongly suggests a return, and possibly a move through, the 2008 lows.  Watch 810 trend line support in the S&P 500.

With January’s NFP report due out Friday morning, keep a close eye on these levels.  Should the number be much worse than expectation, it’s quite possible that these levels could be tested simultaneously, which would result in an explosive trading opportunity.

By Todd Gordon of FOREX.com