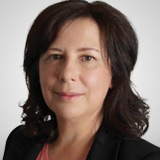 For more than a decade, NextEra Energy (NEE) has been riding a clean energy trend — a trend it helped to create and has greatly contributed to its success, asserts Genia Turanova, editor of Unlimited Income — and a participant in The Interactive MoneyShow Virtual Expo on Sept. 15-16.

Utility investors and Florida residents should be familiar with NextEra; before 2010, it was known as FPL Group (Florida Power and Light). As the name suggests, it’s an electric utility focused on serving the state of Florida.

Today, NextEra’s FPL division is the largest regulated electric utility in the country. It accounts for more than half of NextEra’s total business (FPL generated $12.2 billion, or 63.5%, of the company’s $19.2 billion revenue in 2019).

But NextEra renamed itself for a reason. The company wanted to stress that its future is focused on the growth of alternative energies… arguably the “next era” of the industry.

The company’s alternative energy segment — NextEra Energy Resources — is its fastest-growing business. It’s responsible for just over 29% of the company’s total revenue. But it’s been outgrowing the FLP unit by 4 to 1.

In fact, NextEra Energy Resources is now the world’s largest generator of renewable energy from the wind and sun. And it’s also becoming a world leader in battery storage capacity.

The last business unit is NextEra’s Gulf Power Company, which serves more than 460,000 customers in northwest Florida. Gulf Power was acquired from Southern Company (SO) about a year ago. It added about $1.5 billion of new revenue (7.7% of 2019 total) to the overall business.

Over the past 15 years, the company raised its quarterly dividend from $0.355 to $1.40 per share. That’s a nearly 300% increase! Plus, NextEra’s payout ratio of 73% means the company could easily continue paying its current dividend even if its growth slows… or (more likely) raise its dividend in the future.

I expect dividend stocks in general, and utilities in particular, to benefit from historically low interest rates. Businesses with strong fundamentals and solid balance sheets — like NEE — will especially benefit from better financing and refinancing conditions.

In my view, compared to the rest of the market, NextEra is very attractive today, and its valuation premium is justified, given its growth record, future potential, and attractive yield.