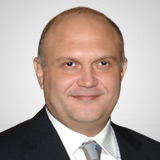 AbbVie (ABBV) is the seventh-largest pharmaceutical company on the globe in terms of revenue; the company is also a Dividend Aristocrat, having nearly a half-century of dividend growth to its credit, observes Rida Morwa, income specialist and editor of High Dividend Opportunities.

Since splitting from Abbott Labs (ABT) in 2013, AbbVie has grown revenue by nearly 2.5 times, from $18.8 billion post-spin-off to nearly $46 billion this last fiscal year. Much of the growth was fueled by the blockbuster drug, Humira.

Therein lies the problem with an investment in the stock. As the number-one selling drug in 2020, Humira sales constituted the lion’s share of the firm’s revenue.

Combine that outsized contribution with the fact that Humira goes off-patent in the U.S. in 2023, and there is cause for concern.

At the same time, however, there are reasons to believe AbbVie is well-positioned for a future without Humira. The 2015 deal to acquire Pharmacyclics added blockbuster drug Imbruvica to the company’s portfolio.

A second acquisition last May brought Allergan under the firm’s banner. With that deal, the company added over 120 additional products that, collectively, generated $16 billion in sales in 2019.

Much of the growth in AbbVie’s revenue, an increase from less than $33.3 billion in FY19 to approximately $45.8 billion in FY20, can be attributed to the addition of Allergan product lines.

Perhaps the most important of those is Botox. In 2019, it recorded nearly $2.7 billion in sales. Like Imbruvica, Botox has a fairly strong growth runway. Allergan also added 60 development programs to AbbVie’s pipeline.

Additional growth drivers include Rinvoq, a successor to Humira, and Skyrizi, another auto-immune drug. Sales of the two blockbuster drugs should help fill the void that will be left as Humira sales falter. During the Q4 earnings call, management forecast a near doubling in revenue for the combined drugs in 2021.

By 2021, Rinvoq could be approved for three new indications, as it may prove effective in the treatment of psoriatic arthritis, atopic dermatitis, and ankylosing spondylitis. The company also received a positive outcome in phase 3 clinical trial of Skyrizi for Crohn's disease.

Furthermore, AbbVie has a robust pipeline of promising candidates including treatments for Parkinson’s, Alzheimer’s, Crohn’s disease, and rheumatoid arthritis.

While a sales decline in 2023 is almost certainly due to the loss of Humira exclusivity, management projects a high single-digit growth for the remainder of the decade.

The dividend yields roughly 4.8%. AbbVie has a payout ratio of approximately 42% and a five-year dividend growth rate of over 18%.

While the possibility exists that the dividend growth rate could slow once Humira loses exclusivity, we think the likelihood of a dividend cut is extremely remote, especially considering the firm’s status as a Dividend Aristocrat.

AbbVie ranks among a list of only seven stocks with a market cap of $100 billion or more that have forward PEs below ten.

One must assume this played into the thinking of BlackRock, Ken Griffin’s Citadel Advisors, and Warren Buffett’s decisions when they added 786,000, 2.41 million, and 4.27 million shares of AbbVie, respectively, to their portfolios last quarter.

Like those respected investors, we see an opportunity in AbbVie to acquire a high-yielding Dividend Aristocrat at a bargain price.