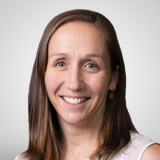 As it reminded investors in a recent update, EMX Royalty (EMX) has a global portfolio that includes a sizable footprint in Australia, asserts commodity sector expert Gwen Preston, editor of Resource Maven.

The recap was a roundup of the work EMX has done in the last few years to learn about and then establish good exposure to parts of Australia where new exploration methods and geologic theories are leading to significant new gold discoveries.

The company’s holdings Down Under combine newer project acquisitions from generative work (Yarrol and Mt. Steadman) with NSRs on a couple of more advanced projects (Koonenberry and Queensland).

Both Yarrol and Mt. Steadman are intrusion-related gold projects located in southern Queensland. Yarrol lies near the Queensland project in an area that hosts several other past and current mines.

The project comes with two historical resources generated from data produced in the 1980s and 1990s and has returned decently long intersections of 1-1.5 g/t gold in the past.

Mt. Steadman also has a small historical resource and looks prospective to host near-surface, bulk-mineable gold as well. Despite past work, both projects are relatively underexplored.

At Koonenberry, a New South Wales project in which EMX holds a 3% NSR, Koonenberry Gold has been conducting surface work in 2020 and into 2021 in the hope of drilling the “reef-hosted” gold project later this year.

At Queensland, which is subject to a 2.5% NSR, partner Many Peaks Gold is about to begin drilling the Apple Tree (gold) and Malakoff (copper) prospects.

With a portfolio as large as EMX's, its important for the company to regularly remind the market about all irons it has in the fire. And since EMX entered Australia in the last few years, it's easy to forget that they have quite an Aussie portfolio. But in EMX style, once the team identified a region they liked they dove in and the search keep turning up opportunities.

EMX also recently filed a base shelf prospectus . This filing gives them the ability to launch a financing for up to US$200 million any time in the next 25 months.

This is management being prepared. This team is not afraid to make big moves if they make big sense. The only reason they would file a prospectus like this is because they see potential to ink a deal to buy something big. I have no insight into what that might be (I tried!).

I did not get the sense that anything is imminent but having this filed would make pulling the trigger faster should EMX come upon a big deal they thought made a lot of sense. So, in my opinion, it’s nothing unless it's something big.