Overtrading: A Problem You May Not Even Know You Have 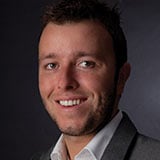 Misconceptions and flawed thinking are the primary causes of overtrading, says Rob Colville, of TheLazyTrader.com, imparting some simple ways to stop overtrading before it starts.

Whether you're an intraday or a swing trader, or even a part-time trader who only dabbles in the markets before or after work, what would you say if I told you that you still might be guilty of overtrading? It's almost hard to believe, isn't it?

In a way, it's funny, but often lost in our continuous efforts to develop new skills and add more set-ups to our arsenal is the fact that overtrading is a common and potentially costly problem that most offenders don't even know they have.

So, do you fall victim to overtrading and how would you even know if you did? Well, that, among other things, will be our topic of conversation today, as we look at not only what causes overtrading, but also how to modify your mental approach and make sure that trading quality, not quantity, is at the center of all your trading activities.

The 3 Biggest Misconceptions That Cause Overtrading

New and/or inexperienced traders often come in thinking that trading is all about constant motion, multiple charts and indicators firing at once, and working all day, every day to plan, execute, and manage trades. And maybe that is a typical day in the life of some intraday traders, but as longer-term swing traders and countless others can attest, it's not a blanket statement that applies across the entire trading industry.

In fact, that misconception that traders must always be trading is the #1 cause of overtrading, so we want to refute that, as well as these three other major misconceptions, right here and right now:

"You Can't Make Money by Staying Out of the Market"-While traders tend to feel a sense of loss whenever passing on, or even missing a trade, the proper takeaway is actually this: "You come out exactly even on 100% of the trades you don't take." And that's decidedly better than sustaining a loss. Over time, those potential losses you didn't take will improve your bottom line, so from that big-picture perspective, you most certainly can make money by staying out of the market.

"High-Quality Trade Set-ups Happen Every Day"-Each session does carry with it endless possibilities, but one very distinct one is that no viable set-ups that satisfy your particular strategy will be presented, so no capital should be put up for risk. It's just fine when that happens, so there's no need to force trades or start overtrading just to fill in the white space. At these times, resist the urge to dabble in other markets, trade sub-par set-ups, and switch to unproven strategies, recognizing that not trading is an acceptable and expected outcome as well, the same way winning and losing are.

"The Best Traders in the World Are Always in the Markets"-Many quickly assume that the pros are constantly taking trades, but if you actually ask them, you'll find that professional traders are as quirky as they come with regard to when-and how-they trade their best. Why? Well, it's because most pros are specialists who aim to fill their own unique niche in the markets.no more and no less. With that, I know traders who only trade opening gaps in the first hour of the day, some who only trade breakout or breakdown days that surpass the previous day's range, and I myself favor end-of-day trading above all other methods. We even recently profiled a trader who never traded on Wednesdays and these are just a few examples of respected, professional traders who happily spend more time on the sidelines than in the markets.

NEXT PAGE: Why Is Overtrading Such a Common Misstep?

How to Stop Overtrading Before It Starts

A lot gets said about the need for patience in trading and there's perhaps no more crucial time for it than during the trade selection process. Now usually, this would be a time when we discuss the need to qualify set-ups and be extremely selective about which ones we trade, but you already know that, so let's go a different route this time.

Why is overtrading such a common misstep in the first place? Well, perhaps it's because there's a certain connotation about the word trading that could be the problem all by itself. You see, trading is a word that implies action, so traders always tend to come in expecting that action, and if it doesn't happen, well, they came here to trade, so trade they will. And just that quick is how overtrading happens.

Start heading off overtrading before it starts simply by recognizing at the onset of each trading day that not trading is a viable option, too, just like winning and losing are. Often, it takes guts to win and patience to lose, and we may prepare ourselves only for those outcomes each day, never really considering whether we'll have the poise and commitment to our strategy to not force trades that aren't there.

Make sure to reinforce that staying on the sidelines on any given day is equally acceptable, too, and it can have a resoundingly positive impact for anyone with this most common propensity for overtrading.

Did you know that placing just one high-probability trade per week, when compounded throughout the year, could yield over 60% annual returns? And that's just figuring in a 1:1 reward:risk ratio, which admittedly may be quite low for many traders, depending on their strategy.

Of course, that's easier said than done, since not every trade is going to be a winner, but the point here is that it doesn't require betting large size or overtrading to achieve exemplary returns. Actually, that kind of outsized performance is much easier to achieve when trading less, not more. So make sitting idle an acceptable outcome and don't trade simply because of peer pressure or because you think that's what good traders are supposed to do. Instead, trade only the highest-quality set-ups and do it because they satisfy your strategy, not because you're trying to imitate anyone else's.

By Rob Colville of TheLazyTrader.com