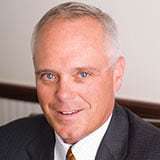 According to Hedge Fund Research, assets under management in activist funds have almost quadrupled since 2008 — from a level of $32 billion to $120 billion, as of year-end 2014.

And why are assets growing? Activists are achieving successful results. In 2015, activists were able to get management to address their demands 69% of the time, up from 66% in 2014, according to the Activist Insight.

In 2015, activists typically went after board seats, sought M&A activity, targeted the balance sheet or pushed for operational improvements. However, despite the success, the performance of the targeted stocks was not as strong as in years past.

In 2014, HFR’s Activist Index generated a 5.2% return, compared to a 3% return for the broad HFR Weighted Composite Index.

Three- and five-year comparisons through 2014 were favorable as well. We keep a close eye on the activists and the stocks they like.

The analysts at Argus Research -- teamed with the data analysts and programmers at Vickers Stock Research as well as the portfolio strategists at Argus Investors Counsel -- have designed an analytical process that identifies value stocks which may be poised for outperformance because activist investors have built substantial positions in the companies.

The result of that process is a group of stocks that exhibit potentially powerful characteristics for stock performance: attractive valuations and an activist trigger.

Below is a list of the stocks that met both criteria last year and are included in the Turnaround Strategy Portfolio. The list is broken into sectors and each stock name is followed by the name of the activist investor involved.