Welcome to Housing Slump's Second Half 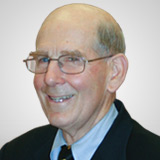 Efforts to keep underwater borrowers in their homes will only delay the inevitable 20% drop from current price levels, writes Gary Shilling in INSIGHT.

The massive overhang of excess house inventories—the mortal enemy of prices—suggests another 20% fall in home values, resulting in a 43% peak-to-trough total decline.

We estimate that excess house inventories exceed 2 million, a huge amount. In addition, Census Bureau data suggests at least 500,000 housing units have been held off the market by owners who want to sell but are hoping for higher prices.

Further price weakness will probably convince many of them to dump their properties on the market for whatever they’ll bring.

Furthermore, the government-imposed moratorium on foreclosures during the Home Affordable Modification Program is essentially over. HAMP aided only 521,630 borrowers, compared with the hoped-for 3 to 4 million—and frequently left borrowers further under water.

Also, the lender-imposed moratoria on foreclosures during the robo-signing flap are unwinding as proper documents are prepared. So foreclosures are resuming, as delinquencies remain high. And when banks and other lenders foreclose on properties, they usually want to sell then immediately, often at market-depressed prices.

Foreclosures Are the Answer
Massive foreclosures would actually help to revive the housing market. The subsequent sales of those houses at low, distressed prices would set a floor, and the foundation for a self-feeding rebound that would restore confidence to the market.

That's what happened two decades ago, when the Resolution Trust Corp. sold the busted savings-and-loans and related securities and properties.

In contrast, mortgage modifications have proved a dismal failure. Modifications often simply drag out the loss of abodes for distressed homeowners.

Unfortunately, there is a concerted national effort to keep distressed homeowners who can’t afford chicken coops in four-bedroom houses on which they put zero down. HAMP is one example of this.

Another is the proposed deal between the multitude of regulators and 14 mortgage servicers that didn’t follow correct technical procedures in initiating foreclosures.

Next: The $20 Billion Mistake

The $20 Billion Mistake
The government proposal calls for $20 billion, paid by the servicers, to reduce the loan balances of underwater mortgagors. Unfortunately, this may well encourage those who can make their mortgage payment to stop doing so in the hope of having their loan balances cut.

In any event, $20 billion is tiny in relation to the underwater mortgage shortfall total of around $744 billion.

With new household demand likely to average around 800,000 annually in the years ahead, and new supply of about 300,000, excess inventory will be reduced by about 500,000 per year. So with 2 million to 2.5 million housing units in excess, it will take four or five years to eliminate them.

That’s plenty of time for those surplus inventories to depress house prices by the further 20% we’re forecasting.

Still Drowning in Mortgage Debt
With that further drop in prices, we estimate that about 40% of mortgages will be under water, up from 23% in the fourth quarter of 2010. At that point, few will be able to get above water by repaying their mortgage principals.

The New York Fed estimated that only a third of those now under water could return to fiscal health in five years by commencing monthly payments, even if house prices remain flat.

Many of those going under water with further house-price declines would no doubt join the ranks of the “strategic defaulters,” those who can afford their mortgage payments but default anyway. Their desire to not throw good money after bad overcomes their moral responsibility, if any.

If 40% are under water, “jingle mail” will become the new rage, as strategic defaulters mail their house key to their friendly lenders.

Furthermore, if 40% of mortgages exceed the values of the houses they finance, almost all of the remaining equity of mortgagors would be wiped out. The effects on consumer spending, mortgage loans and related securities, and the economy would be devastating.

From Shopping to Vaccines, UPS is Set to Deliver
1 hour ago

Omnicell: The Autonomous Pharmacy
1 hour ago