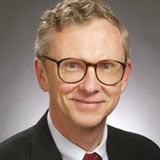 The homebuilding sector is currently on a solid foundation with favorable prospects, suggests turnaround specialist George Putnam, editor of The Turnaround Letter.

Most of the companies in the sector have strong balance sheets, and many of them took advantage of the 2008-09 collapse to buy up land on the cheap.

While new home construction has rebounded from its lows, it still remains well below the long-term average.  We believe that the stocks below are well positioned to bounce back.

DR Horton (DHI) is the nation’s largest homebuilder, measured by market-cap, as well as by number of homes sold and revenues. Operating in 27 states, it is also the most geographically diversified.

The company focuses more heavily on entry-level homes, which positions it well to capitalize as the millennial generation accelerates its household formation and home buying.

The company has long had a reputation for being one of the best-run firms in the industry.

M.D.C. Holdings (MDC) is a Denver-based developer that derives roughly 83% of its revenues from the western and mountain states and has a smaller presence in the Mid-Atlantic and Florida.

They’ve recently taken a more conservative approach by emphasizing a build-to-order strategy.  This approach is helping support margins, and so we see the generous 4.5% dividend as sustainable.

The stock trades at some of the lowest valuation levels in the industry, and with its strong financials and small size, M/I could be an acquisition target.

Toll Brothers (TOL) has successfully catered to the affluent buyer in luxury residential communities for 30 years, building one of the strongest brands in the sector.

Toll Brothers combines an outstanding balance sheet with a strong reputation and an enviable market niche.

By George Putnam, Editor of The Turnaround Letter