The Hidden Dangers of Iron Condors 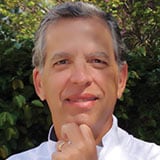 Avoid the overhyped option strategies that promise “consistent income” in all market conditions, writes one veteran trader, citing the foolish levels of risk that must accompany such strategies.

I have been asked by Tim Bourquin of MoneyShow.com about my thoughts on the so-called “income options strategies” that have been popularized in the past few years. Named so because they would return income “consistently” month after month, some Web sites say the strategy is simple enough to leave one’s job and begin trading for a living.

The problem with cookie-cutter options strategies such as the iron condor (IC) is that they do not work in all markets all the time. You see, you can teach someone the mechanics of entering an IC, but it is a lot harder to teach someone when to enter the IC and when to exit it, for that matter.

What are the right market conditions? Even the advocates of such strategies would admit that "you enter the IC when the markets are going into a trading range." Now that is as difficult a forecast as there is. You’d require a complete course in technical analysis to reliably recognize a sideways market, let alone to predict one. This is hardly what I would call “consistent,” especially for the beginner.

You can choose to enter a wide IC to increase the probability of the short options in the IC expiring worthless, but then your risk/reward ratio becomes so large that you can lose a lot of your hard-earned cash in a violent move in the markets, and we have seen plenty of those since 2007.

"Consistency," or "income" strategies are often tossed around when referring to the IC and credit spreads because they have relatively low return but high probabilities of success. It is the unexpected—the so-called "black swan" events—that can really make your IC lose you a great deal of money.

Most trading education programs teach a specific technique for a limited number of hours. The student gets excited and begins to trade the strategy without backtesting or paper trading it first, so that they could not have first studied every contingency.

Since there is no strategy that works all the time, the new trainee finds quickly that there are many situations for which they have not been properly trained, and they simply do not know what the right course of action is. The result is that, at best, the trainee abandons the strategy, blames the guru or the system as really not workable, and then they move on to the next educational program.

I have traded the IC as a complement to my PCCRC strategy, and it is really not worry free. (The PCCRC is the Put Call Calendar Ratio Combination, a “delta-neutral” and “vega-positive” strategy described in detail by the author in numerous articles on his Web site at OptionsVet.com.)

Ideally, you will trade it in an index ETF, like the S&P 500 Index ETF (SPY), rather than an individual stock.

To make an amount of money to pay your bills and live independently, you'd have to trade too much. Let's say you want to make $5,000/month, starting with an IC, such as this I entered in March 2011, on the S&P 500 large-cap index:

This trade had a maximum profit of $690, so to reach my desired $5,000, I would have to enter seven or eight lots of this or another similar IC.

The risk in this trade, or your maximum loss, is $1310. A strong move in either direction and you could lose close to $10,000. Your risk/reward ratio is just too high.

NEXT: Why an Iron Condor Strategy Alone Won't Work

The usual scenario is that you make your money if you are patient enough and knowledgeable enough to resist the temptation of exiting the trade prematurely. Anywhere between four and ten days before expiration, you exit the trade, but rarely with every dollar you expected to make. If you are successful, you make your money every month until that “black swan” event happens, which can take you back to square one after months of trading.

It is true that the IC tends to stay within a safe range most of the time, but you are risking $2 to make $1 in most situations, and you rarely get the entire $1 (see Max Profit/Max Risk = 52.67% in the table above).

A Portfolio of Iron Condors?

Ideally, you would choose an index ETF, because indices do not to drop 30% overnight, as stocks might.

How are you going to diversify your risk? Are you going to enter an IC on the S&P 500 index, the Dow Jones index, and the Nasdaq? Well, that is not much diversification, really.

The stock indices usually move in tandem. Typically, the Nasdaq moves more violently, so you are more or less stuck with SPX. An IC of SPY options might be more costly in terms of commissions for the equivalent SPX position because the number of contracts would be ten times higher.

Doing a little paper trading with special attention to the commissions might reveal that the SPY IC’s take a lot of your expected profits as well. There are some trainers that even recommend buying cheap, out-of-the-money (OTM) put calendar spreads to protect against a move below the range, further adding to the commission expense. This is why I trade the SPX IC’s.

I find it difficult to believe that anyone would use this strategy as the sole form of trading in their portfolio.

I would not risk more than 2% of my account in a single trade. It follows then that to make a “consistent” profit sufficient to generate an income to pay your bills (i.e. $5,000/month), you’d have to have a very large amount of capital or assume a larger risk.

If you take a risk that is beyond your comfort zone, the one-month period might seem interminable. This is particularly true for the inexperienced trader, unless they go through a long period of backtesting and paper trading. They will not be prepared for the emotional roller coaster that is the IC. For one entire month, they’d wonder if the market is going to close above or below the IC at expiration.

This is simply not a strategy for everyone, and there is definitely nothing consistent about it. A set of iron condors on the SPX, spread over weeks, are essentially the same trade, so the rule of 2% should apply to the complete aggregate of IC’s on the SPX or other indices, as they are all subject to the same potentially risky market moves.

NEXT: Know the Implications of Implied Volatility

When implied volatility (IV) is high, your ICs will have a lower risk/reward ratio, but it is precisely during periods of high IV that you should be more scared.

That trade I entered in March was because the IV had spiked at the time. The markets have climbed since, and the SPX approached my top breakeven point, which is enough to make me very concerned. If this was the only strategy I had to trade the markets, I would be very scared that my “income” was going to be negative this month.

That is not to say that an experienced trader might not have a set of rules of entry and exit that would take care of all my objections, but there will be nothing easy about it, of that I am sure.

Think of trading as a career. An IC course that lasts a few hours is not going to prepare you sufficiently for all the eventualities that may occur in real-time trading. Backtesting and paper trading are essential.

I have been trading options for nearly 16 years, and I would never recommend to anyone that they quit their jobs to trade any options strategy, let alone ICs, unless they have a big bag of money to go through bad periods during which their strategy is either not appropriate or fails altogether. Be aware that the money at risk can all be lost at or before expiration.

I use the IC as a hedge with the PCCRC because it is a strategy that takes advantage of declining IV, and an IC strategy is favored during low or increasing volatility. However, over the last several months, IV has become really low and the ICs have not been a good bet lately.

A final thought is that options trading is a career that is exciting and rewarding, but it requires much experience to realize its full potential. Preparation and opportunity is what makes a successful trader; it’s nothing that you can learn in a few hours of trading courses.

By Juan I. Sarmiento, DVM, MSc, PhD, president and founder of OptionsVet.com