How U.S. Stocks Pause in the Most Historically Unfavorable Month

The S&P 500 Index peaked on August 29 and has been treading water since then. (See chart below.) This is not surprising or worrisome. SPDR S&P 500 (SPY) touched its upper Bollinger band then pulled back to the middle band which we projected would be a support area.

I interpret this as a rising tide of caution regarding the strong summer rally we have enjoyed so far, reflecting profit-taking from technology and re-allocation to defensive stocks.

Our U.S. equity timing model remains on Hold but is expected to switch to Buy starting in October, when seasonality becomes more favorable. We plan to ride out whatever volatility the market may throw our way in September, and to take our full equity allocations for clients when our model switches to Buy. 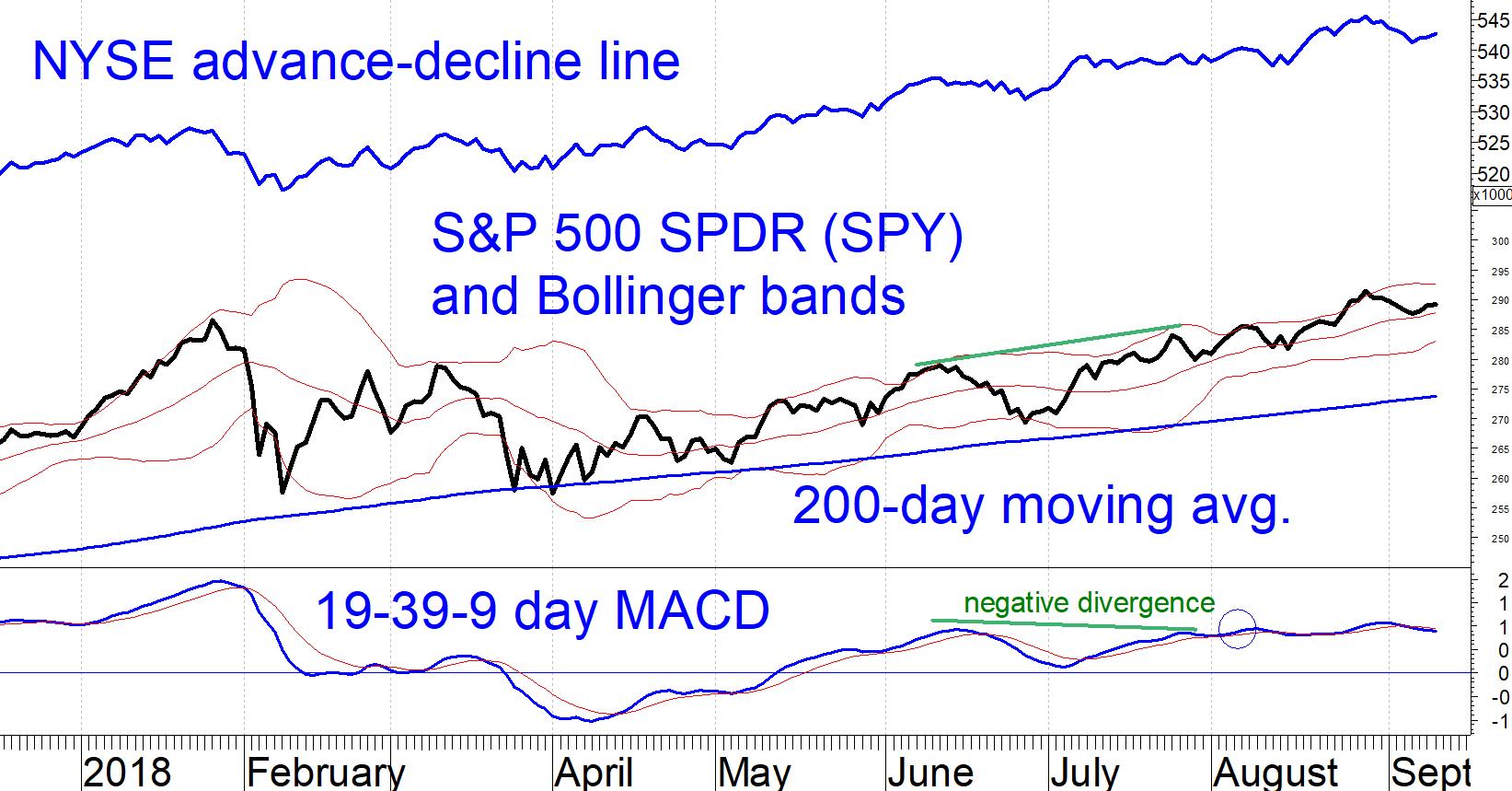 Figure: SPY, its MACD and the a-d line all peaked in late August. MACD is on an unconfirmed sell signal, not worrisome at this time.

Since SPY is in an uptrend, you should use the slow (19-39 day) MACD to look for possible sell signals.

Emerging markets continue to break down

The chart of the iShares Emerging Markets Index ETF (EEM) looks almost the mirror image of the SPY chart over the past five months.

Instead of making new highs recently, EEM touched a new low this week.

And while SPY formed a potentially bearish negative divergence that did not lead to any decline, EEM has formed two potentially bullish positive divergences that were followed by breakdowns to new lows.
The most recent positive divergence occurred in July and August, and was nullified when MACD made a new low in September to confirm the new price low. EEM is now in a potentially strong support area around 41.6, and I don’t expect the damage to extend for now. However, except for covered call writing, I would stay clear of EEM. 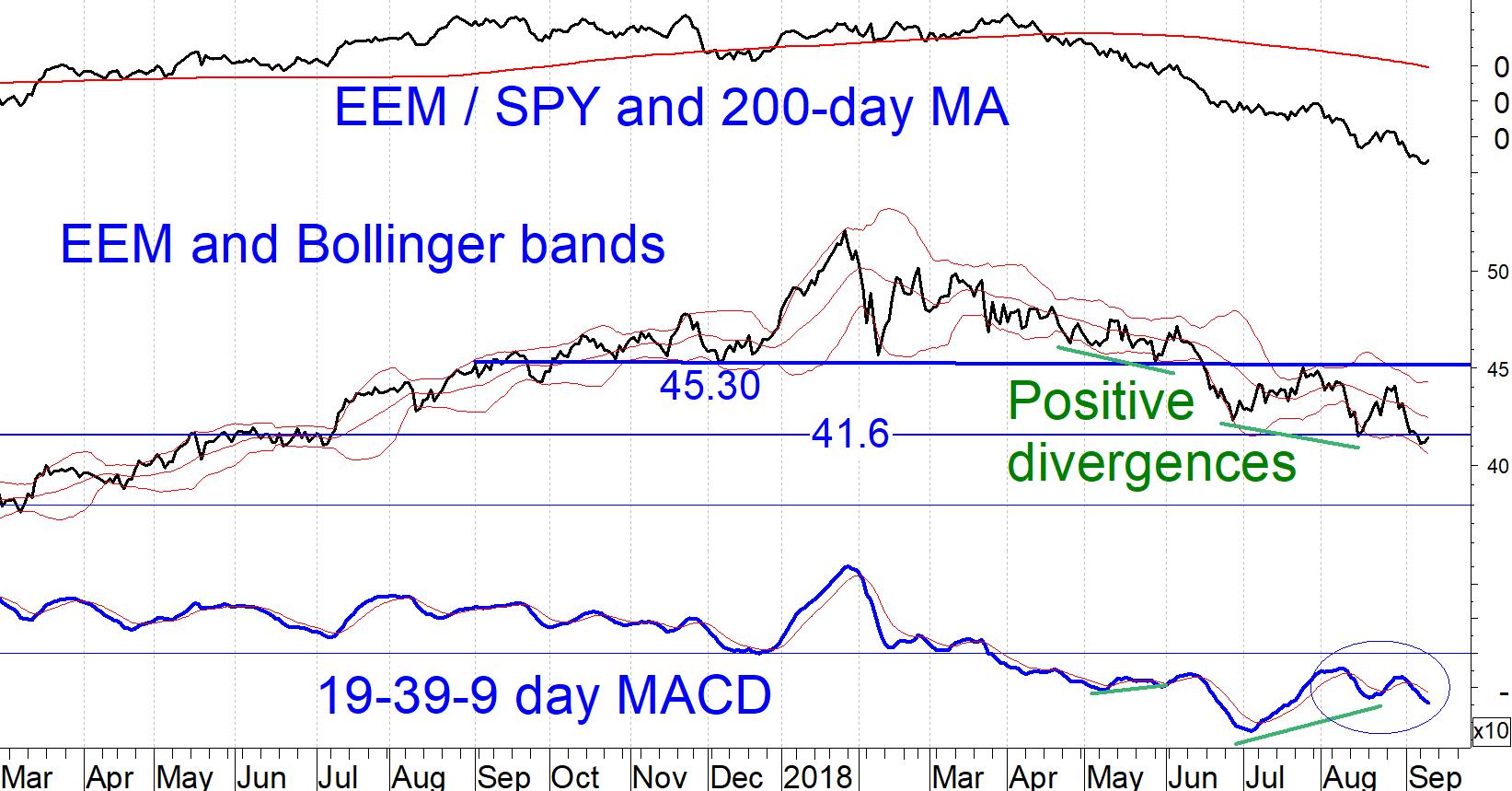 Since the spread between high yield bond yields and Treasury note yields is relatively tight by historical standards, I do not foresee any price gains in high yield bonds. (In fact, HYG has formed a negative divergence with its MACD.) However, given the favorable economic climate I do expect high yield bond prices to be stable, meaning that investors should be able to profit from interest income for many months to come. 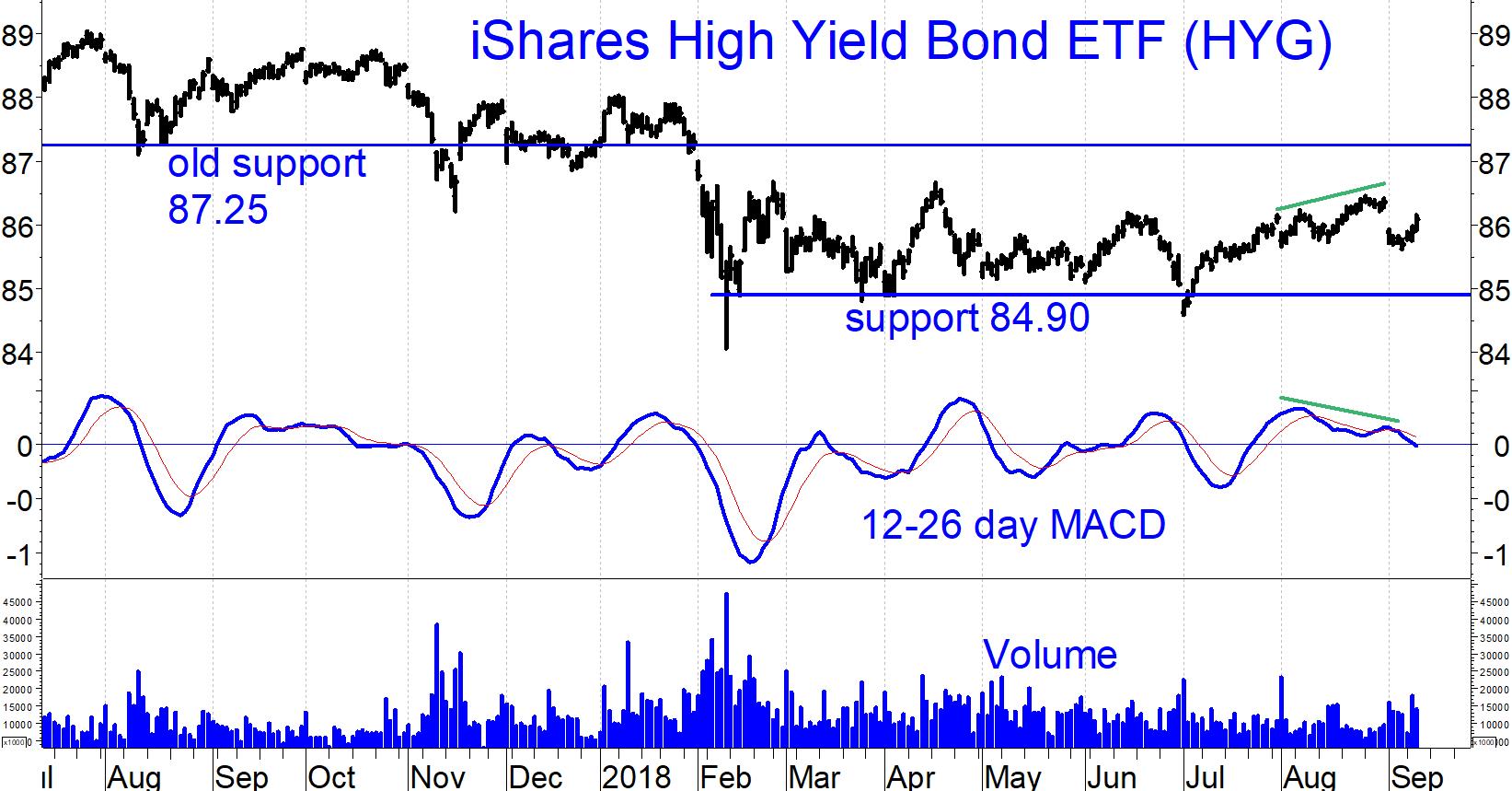