The QuantCycles Oscillator is showing unusual short- and long-term convergence in Coca-Cola (sell) and Amgen (buy), according to John Rawlins.

Iconic U.S. soft drink brand Coca-Cola (KO) delivered a strong Q1 earnings report earlier in the week. The resultant rally had pushed Coca-Cola near extreme overbought territory in the QuantCycles daily oscillator while it forecasts a downward trend (see chart). The QuantCycles Oscillator expects KO to trend lower for the next five days. 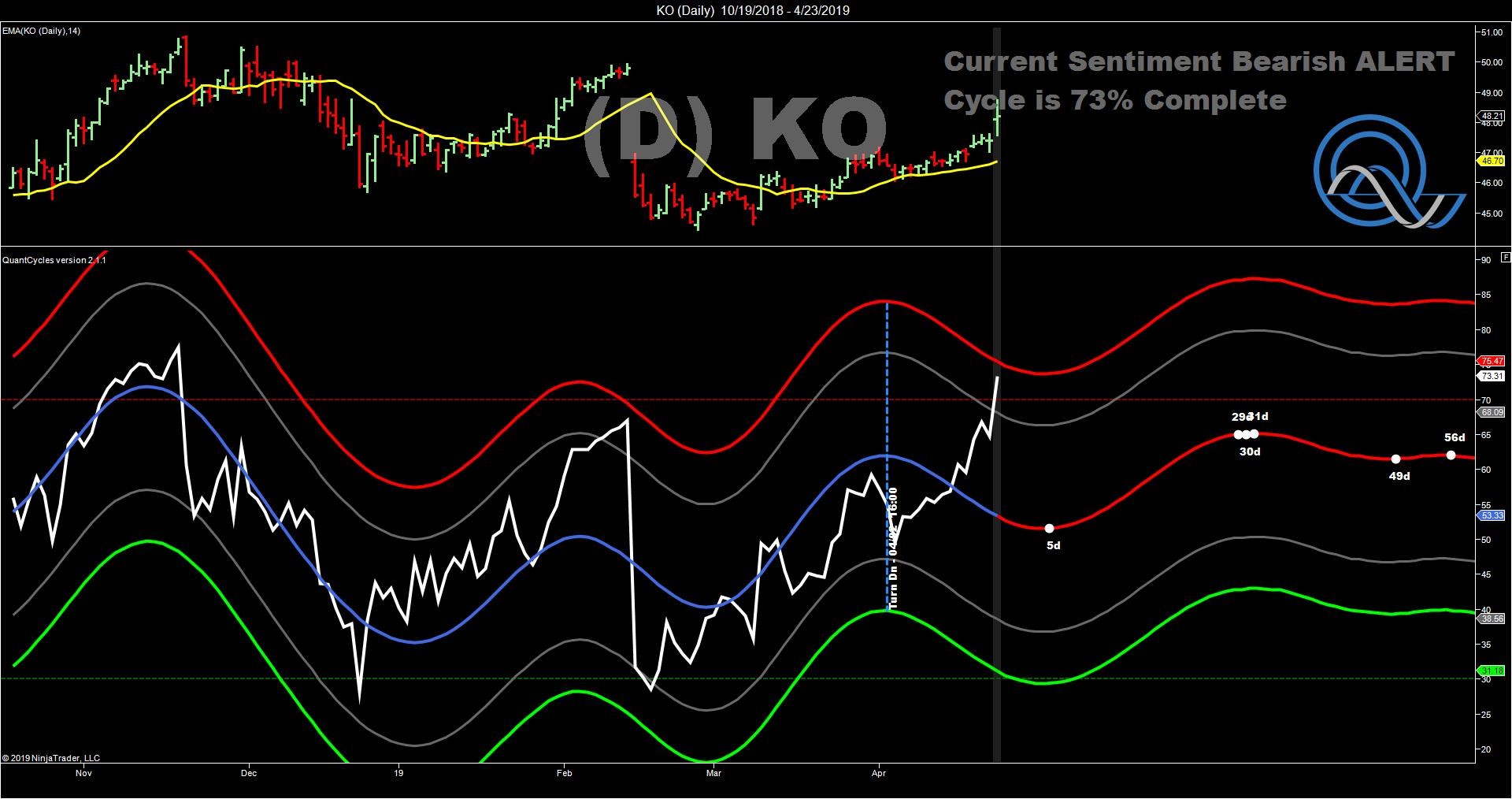 Drilling down to the four-hour oscillator confirms a short position. The four-hour chart is at the top and just turning down sharply over the next week. 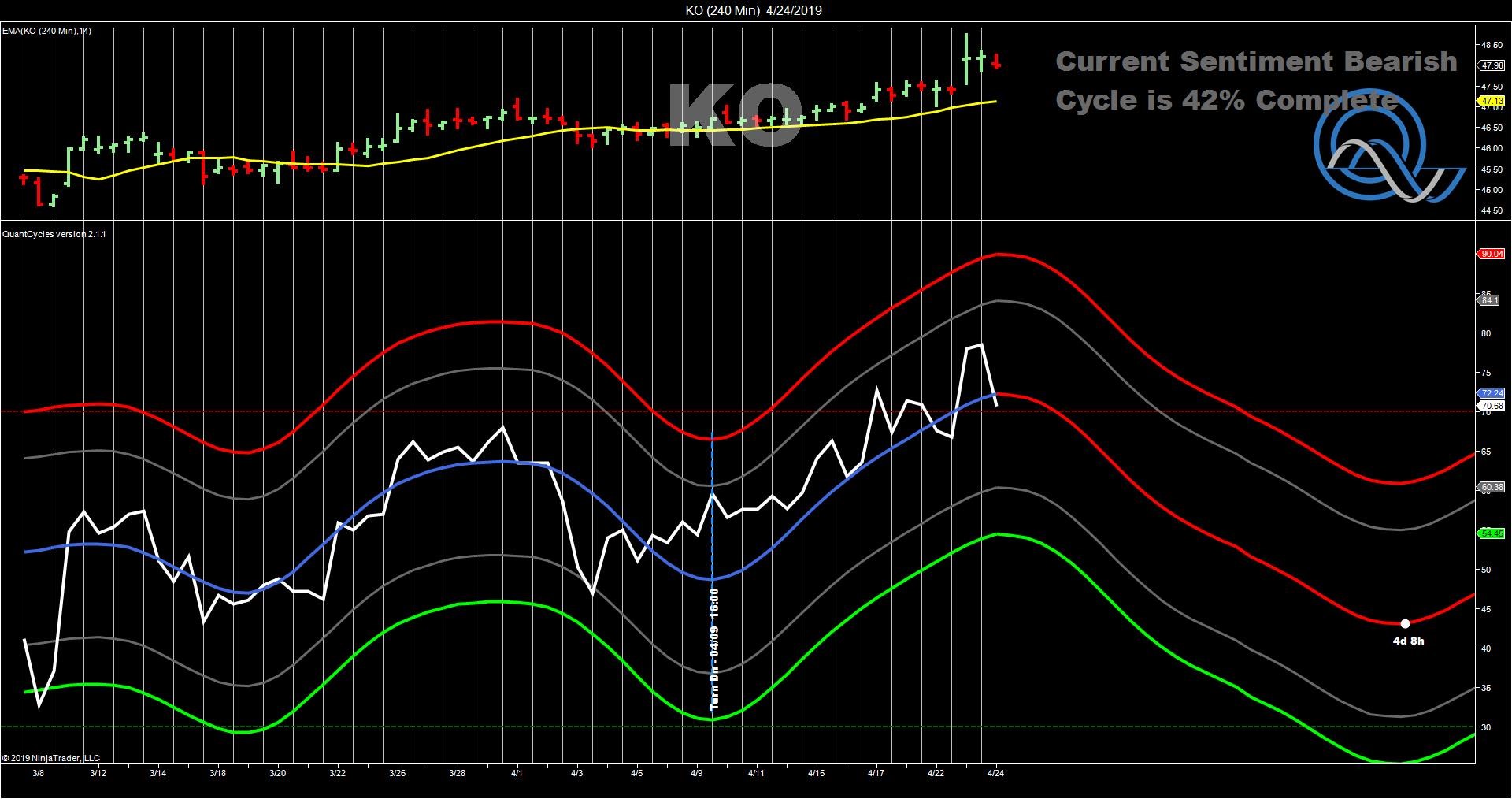 While not as dramatic of a signal, the weekly oscillator confirms that KO is overbought and trending lower. Three strikes for Coke. 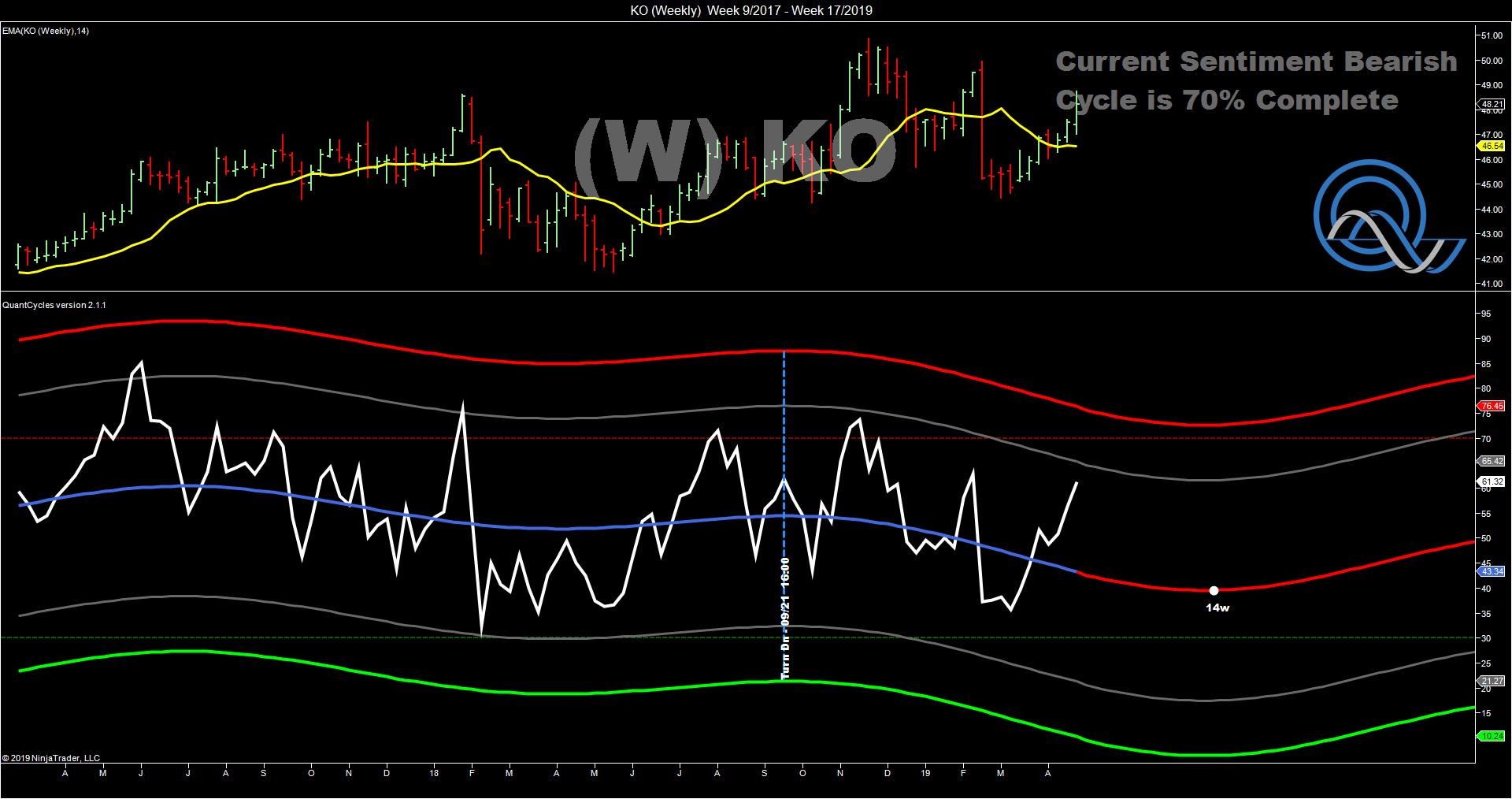 Biotechnology heavyweight Amgen (AMGN) recently dropped along with the sector on worries of Congressional action over high drip prices. 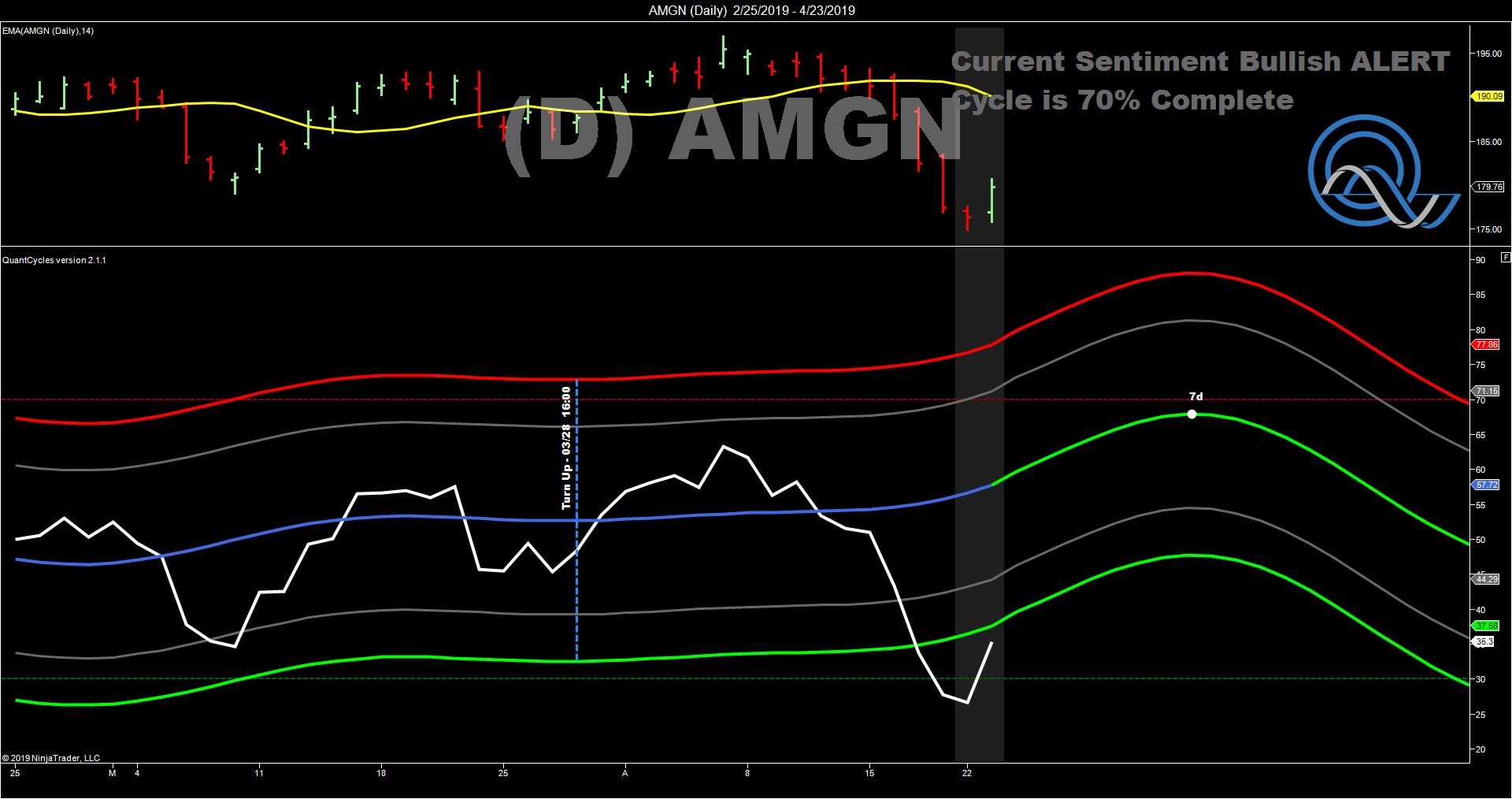 Both the short-term (four-hour) and long-term oscillator confirms the upward bias. 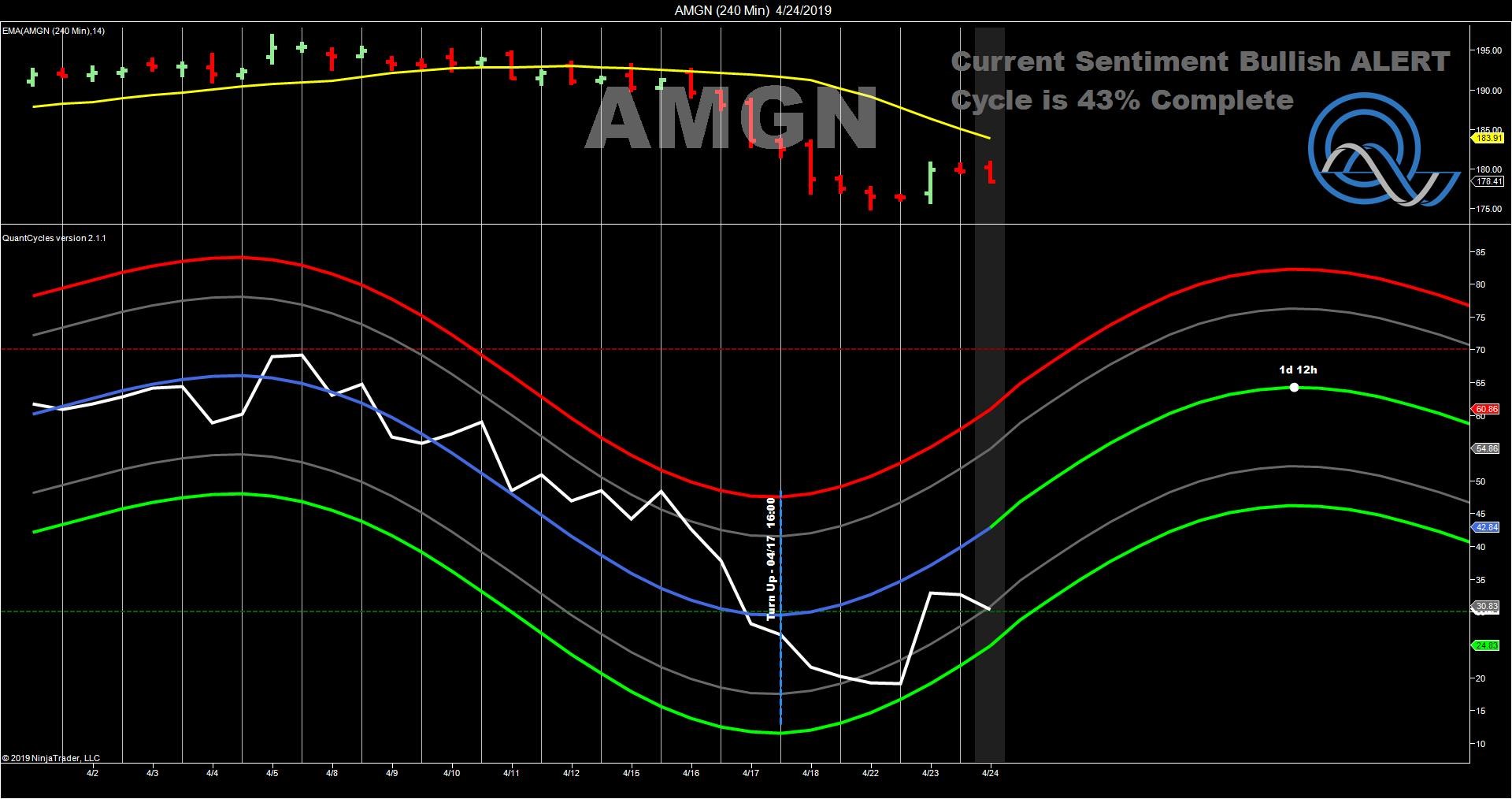 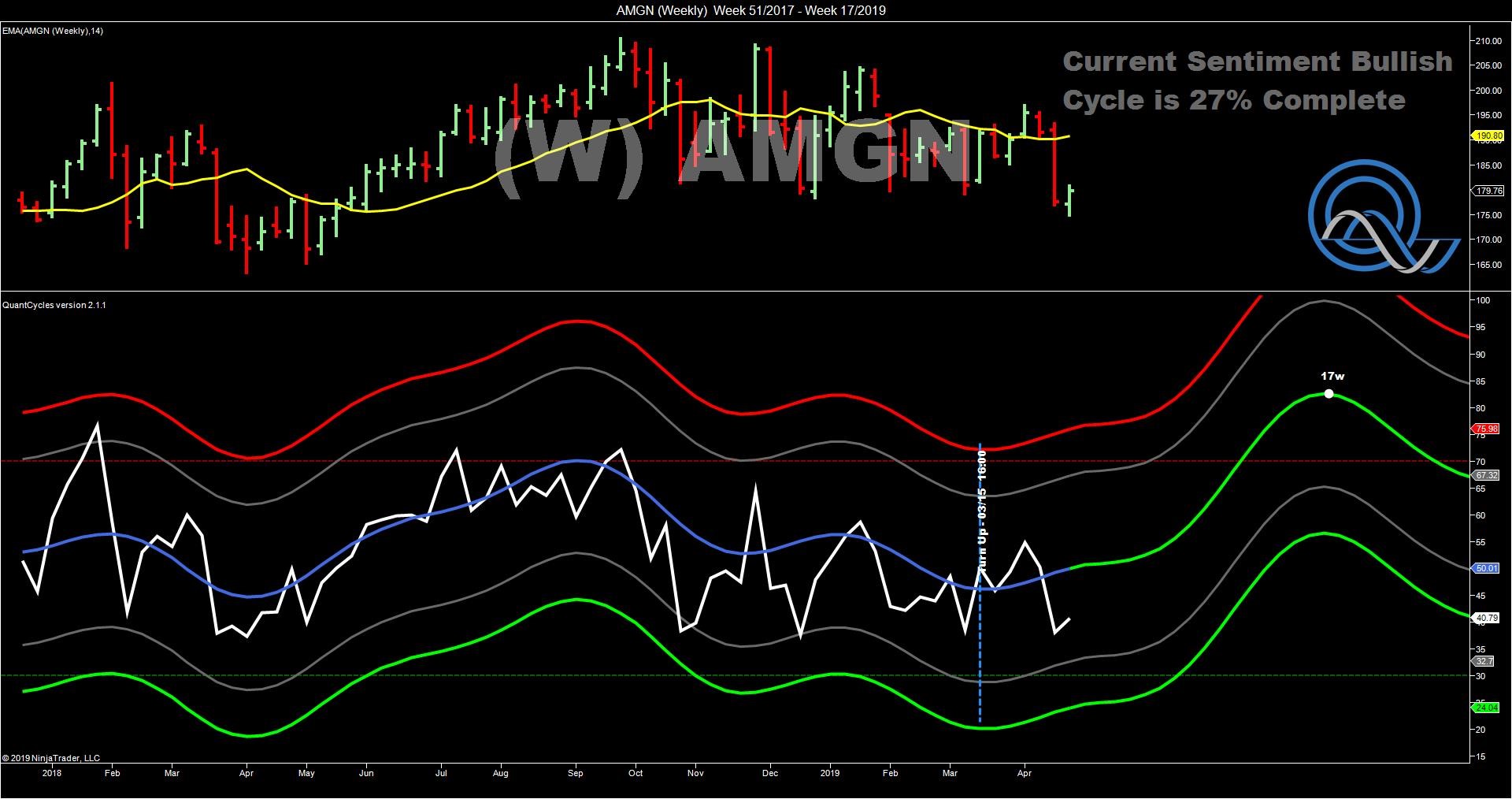 While this is a strong buy signal, traders should be aware that AMGN is announcing Q1 earnings on April 30, and should take appropriate defensive measures.