Gold Ready for a Pause

With gold hitting multi-year highs and in overbought territory, it appears ready to retrace some of its recent gains, according to John Rawlins’ QuantCycles Oscillator.

Gold has rallied sharply since the middle of May, breaking through a long-term trading range to make multi-year highs. 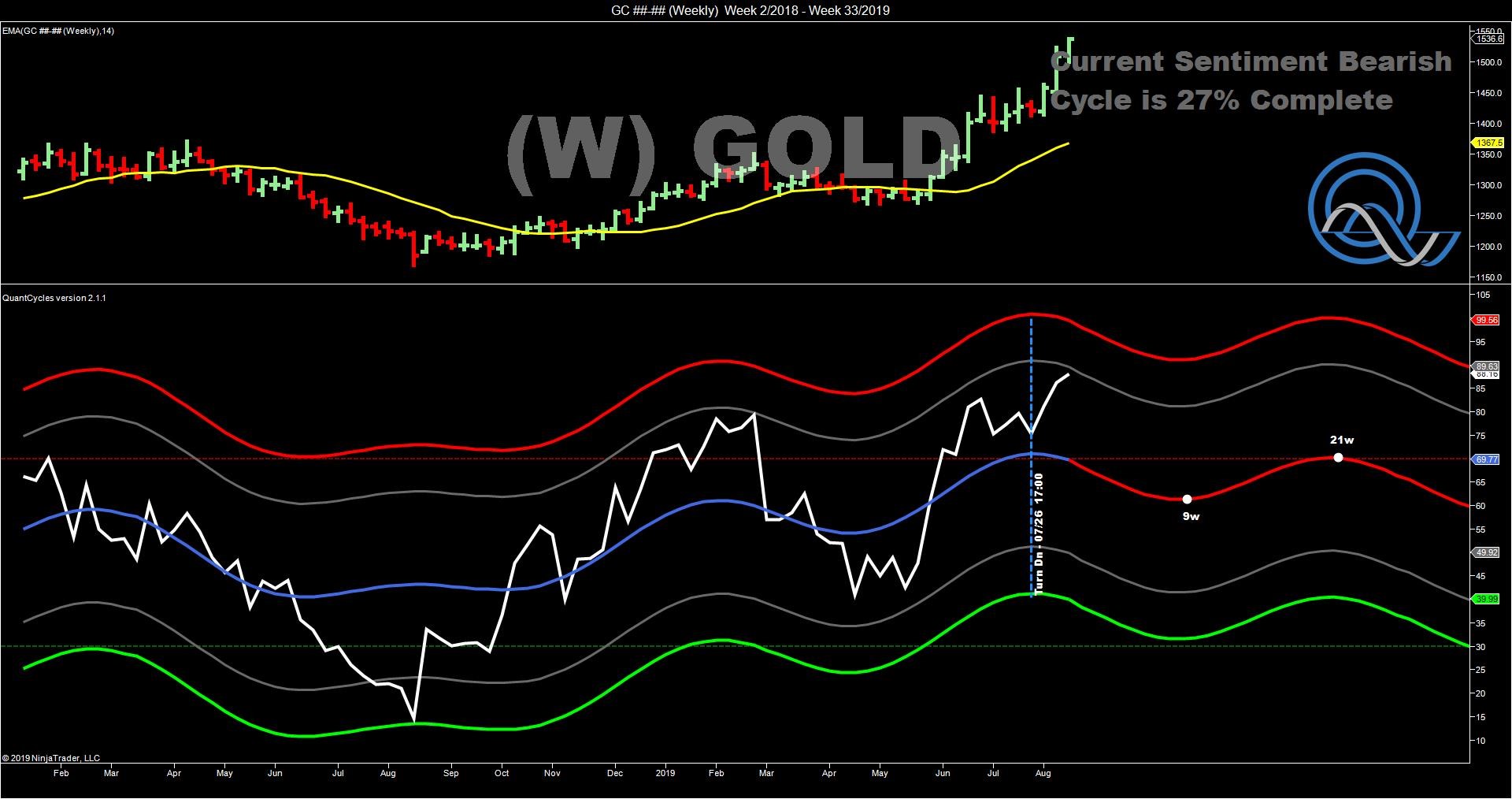 As you can see, the oscillator expects gold to correct over the next nine weeks before turning higher again. 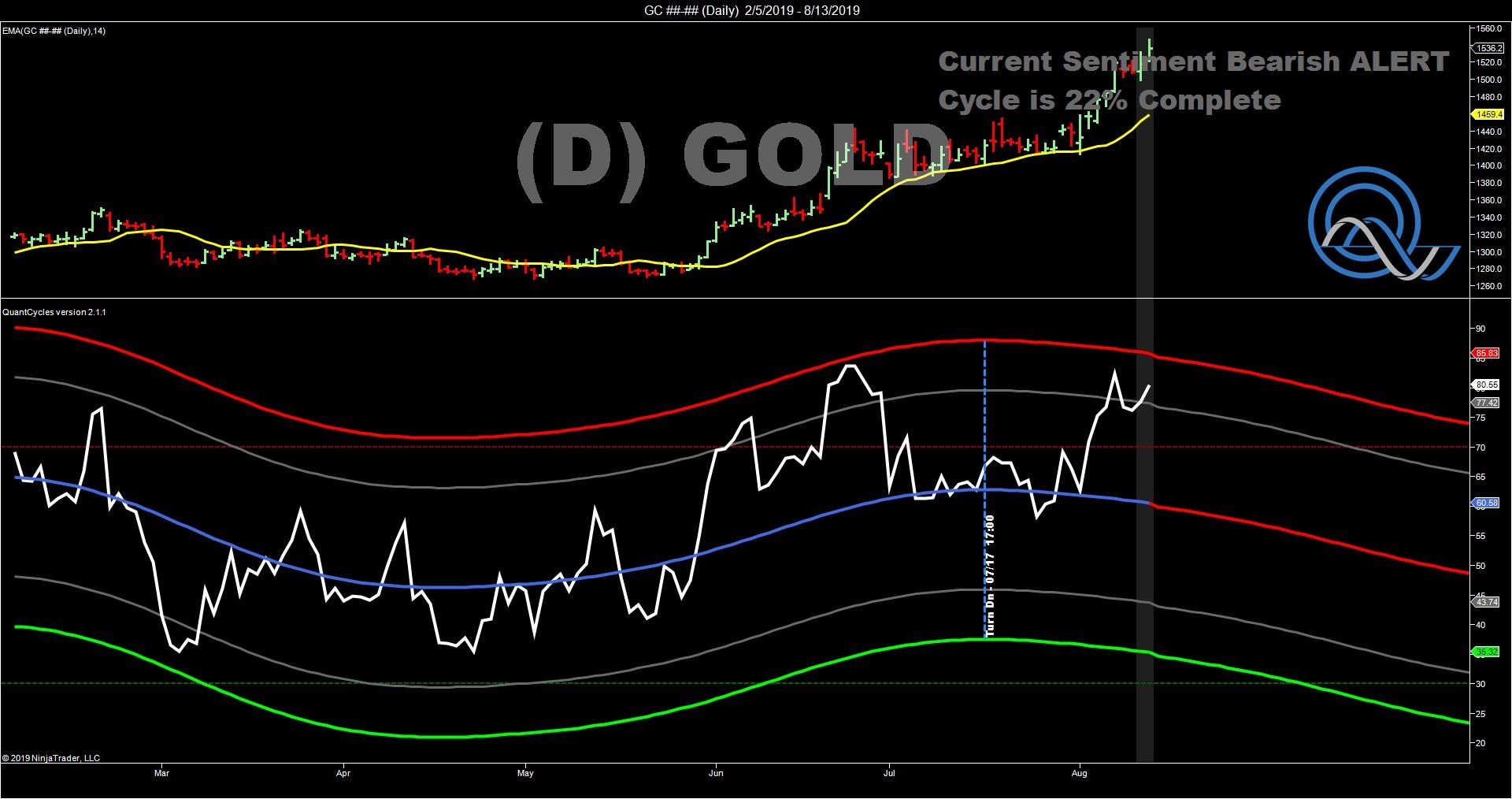 Digging to the shorter-term, gold has pushed through major overbought territory (see chart).

While the four-hour chart does have quite the bearish outlook, when examining all charts, it is definitely a sell. 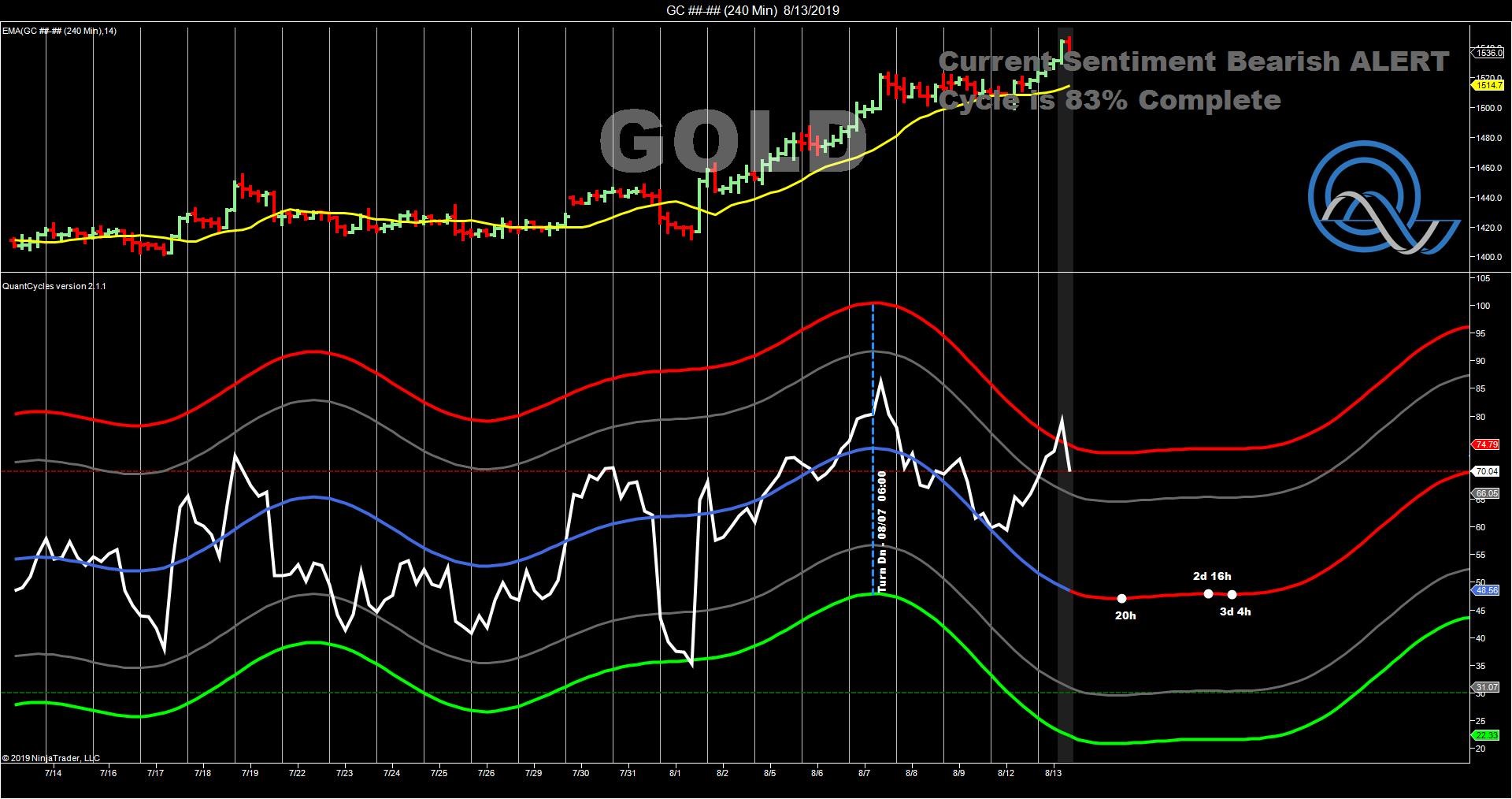 Looking closely, the QuantCycles is not predicting an end to the bull market in gold but a correction is due. It recently rallied through the key psychological $1,500 level and made six-year highs.

This bull market is definitely ready for a breather.

Will Crude Dip or Flip?
12 hours ago

OPEC + has engineered a successful strategy with their production cuts, reports Phil Flynn....

Considering recent statements from the Federal Reserve, the door is open to much higher gold prices,...