Did You Bank on Our Banking Breakouts?

In October, Suri Duddella provided a series of trade set-ups in the Banking Sector based on the Rectangle Channel Pattern that proved prescient.

As U.S. stock markets keep making record highs in the new year, the fourth-quarter earnings season will kick off this week from January 14, 2020. Markets seem to shrug off bad geopolitical or recent Iran's news and may continue to see new highs.

In this article, we update the Banks Stocks and their Rectangle Chart patterns:"Trading Banking Breakouts/Breakdowns" published on Oct. 16, 2019. 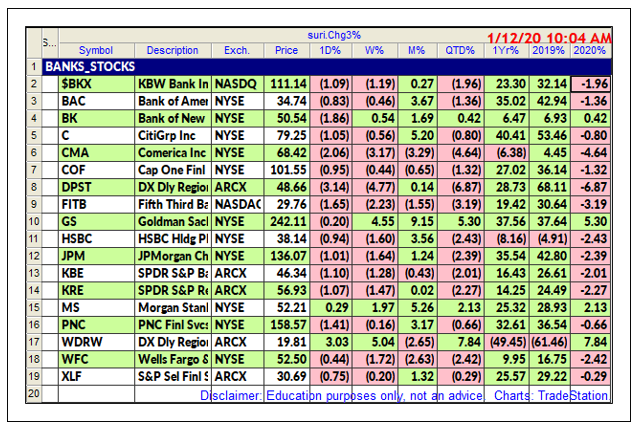 Rectangle Channel patterns are formed by price action between two key trendlines bound by multiple equal (near) highs and lows. The duration of the pattern can be a few days to several months. Longer duration patterns are considered to be more reliable. The pattern must have at least two pivots (equal highs or equal lows) on each of the trendlines.

The price breakout can occur in any direction from the pattern, but the general belief is price typically breaks out in the same direction as prior trend before the pattern formation. The volume inside the pattern is non-decisive, but volume tends to increase during the breakouts. 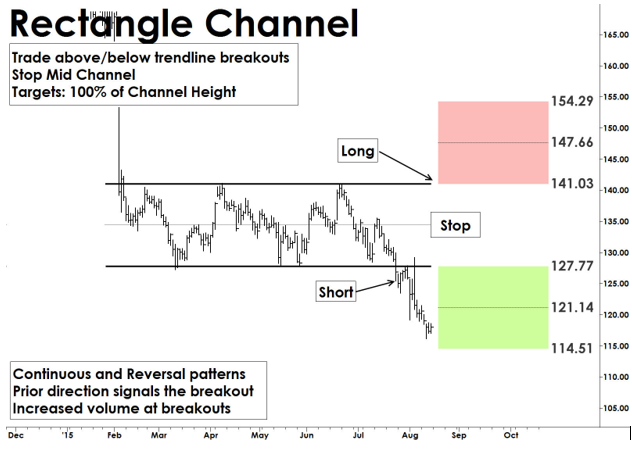 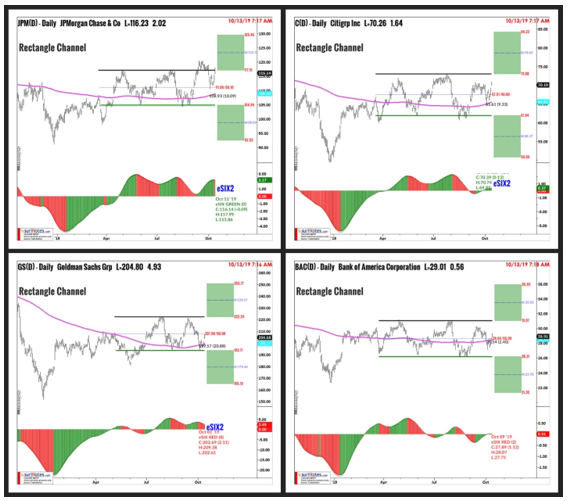 The following chart shows the same bank stocks with rectangle chart patterns and its trades marking on the breakout date after Oct. 16 and closing prices on Jan. 12, 2020. 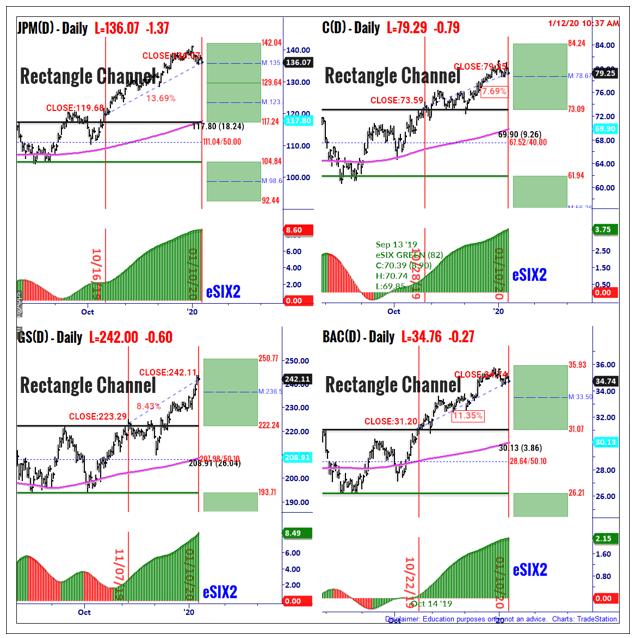 Here is what happened:

These four examples from the banking sector shows the power of the Rectangle Channel Breakout Pattern. If a trader bought 100 shares of each those stocks at their breakout levels and held them until today, those trades would have earned roughly $6,200, close to a 14% return in just under three months. Annualized that comes to well over 50%!