Biotech firm Gilead Sciences, which has rallied on news of a potential treatment for Coronavirus is near a bullish technical breakout, writes Suri Duddella.

After peaking in the summer of 2018, the Biotechnology Sector has underperformed. In fact, The iShares Nasdaq Biotechnology ETF (IBB) did not surpass its Aug. 31, 2018 peak until Feb. 11, 2020, yes just two days ago. The sector struggled for most of 2019, after rebounding sharply in January and February following the Q4 2018 market correction.

Now the IBB appears to be breaking out rectangle channel pattern. The table below shows several Biotechnology sector stocks and their performances in 2019 and 2020. 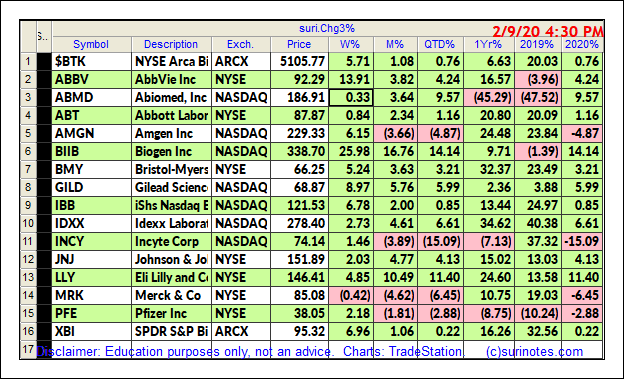 Rectangle Channel patterns are formed by price action between two key trendlines bound by multiple equal (near) highs and lows. The duration of the pattern can be a few days to a few months. Longer duration patterns are typically more reliable.

The pattern must have at least two pivots (equal highs or equal lows) on each of the trendlines. The price breakout can occur in any direction from the pattern, but the general belief is price may breakout in the same direction as prior trend before the pattern formation (see chart below). The volume inside the pattern is non-decisive, but volume tends to increase during the breakouts. 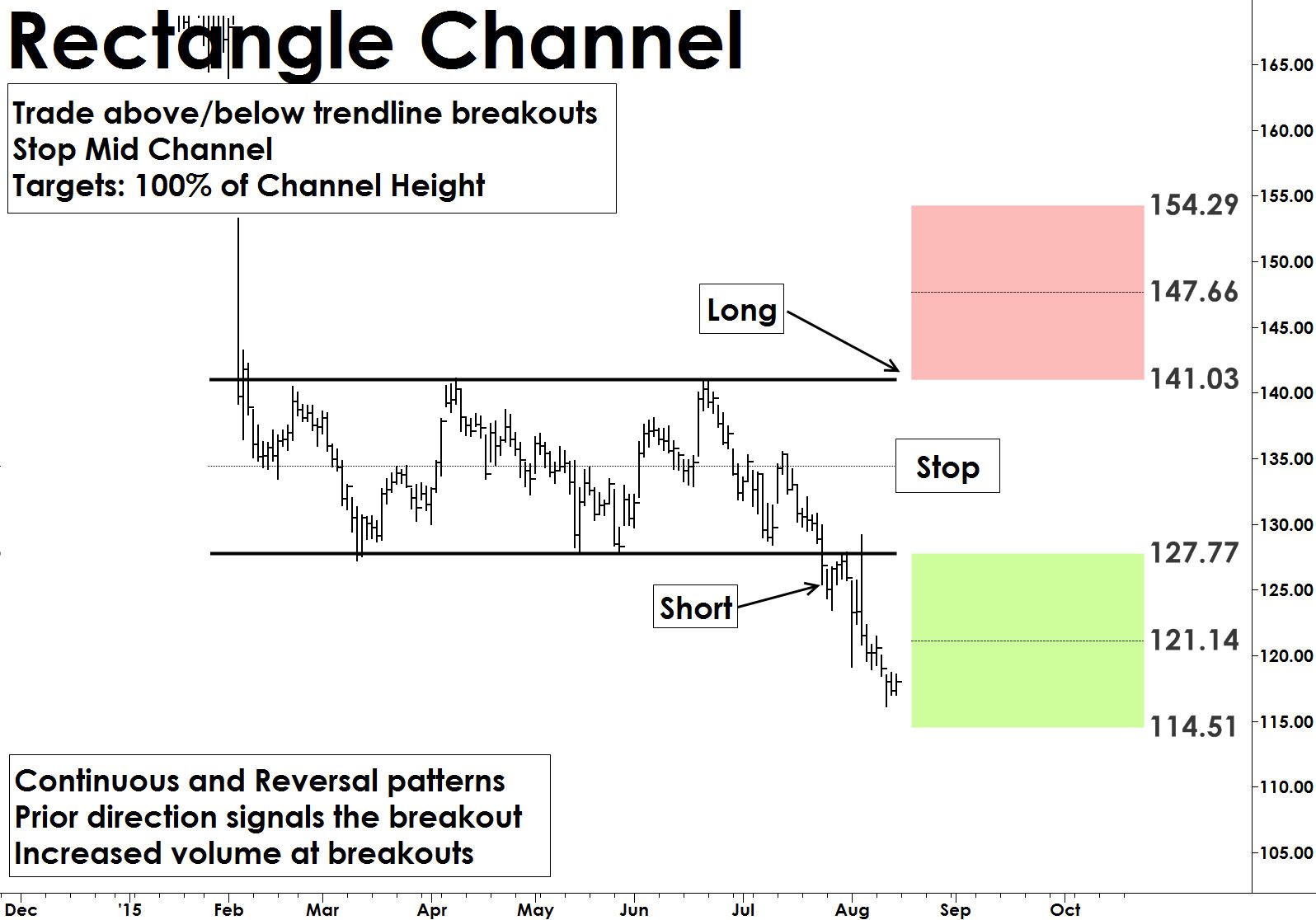 Rules for the Pattern

Trade: A trade setup occurs when price closes outside the trend line (upper or lower) at least two bars signaling a breakout (see chart above). Trades are entered on a follow-up bar at high above the breakout bar or low below the breakdown bar. Entry stops can be used.

Target: Targets in Rectangle Channel formations are based on the depth of the rectangle pattern. Targets are usually set at 70% to 100% of the depth of rectangle from the trade entry.

The following chart shows the weekly chart in the IBB with a rectangle channel pattern formation between $98 and $123. IBB appears to be near a breakout above the upper trend line. A long trade may be entered above $123 with targets placed at $133 and $144 and a stop is set below the recent pivot $112.50. 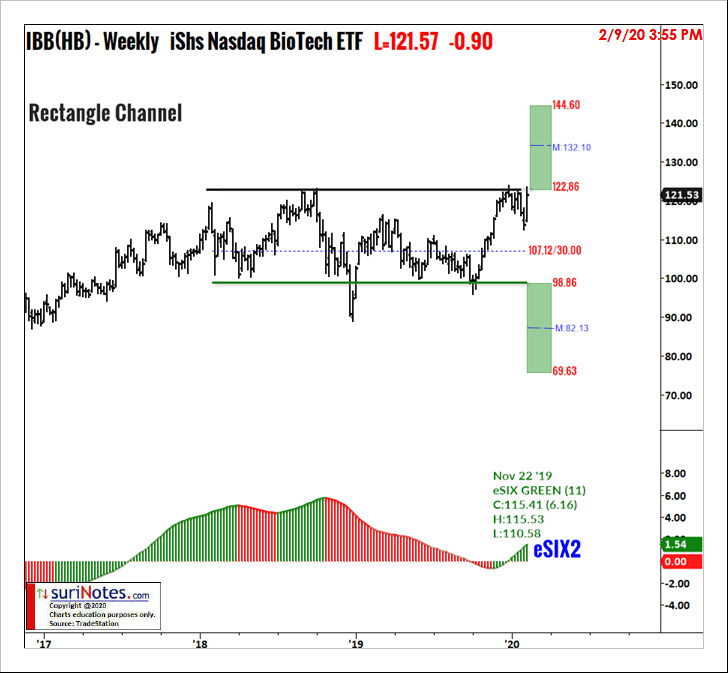 Gilead Sciences (GILD) has been in the news recently, as it has been reported that the biotech giant, which  specializes in antiviral medications, may have a potential treatment for Coronavirus. GILD also has a rectangle chart formation between on its daily chart between $61 and $70 (see daily GILD chart below). A close above $71 will signal a breakout trade with targets set at $75 and $79.5. A stop is placed below the midpoint of the Rectangle Channel at $65. 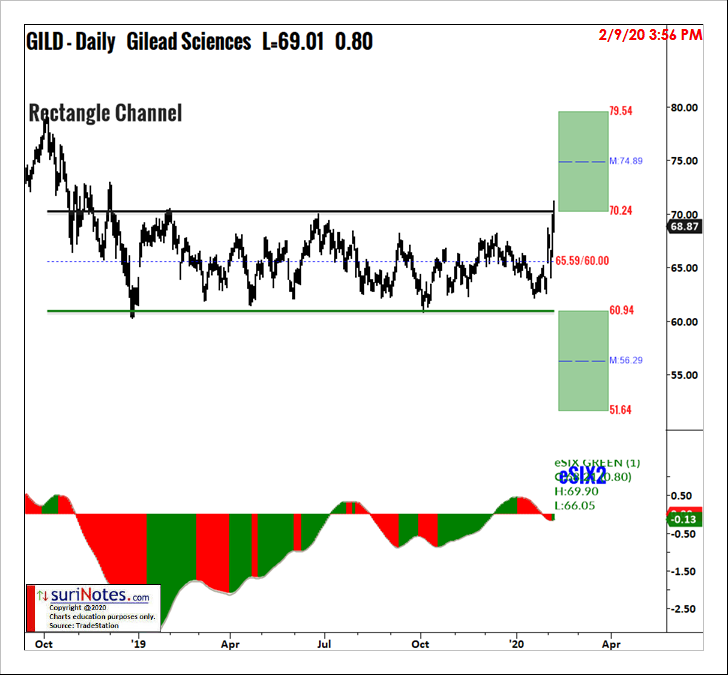 Farmers & Merchants: This Dividend King Banks on California
3 hours ago

Jon Markman: On the Mark in the Digital World
3 hours ago