In the first part this week’s two-part Covid-19 update, Al Brooks discusses potential organ damage from the virus and the likelihood that deaths have been under counted.

The Coronavirus pandemic is the most important fundamental factor affecting the stock market and the economy.

I have said this many times. Everyone is bored with the pandemic and eager for our lives to return to normal. But that may never happen. While we will find a new normal, the coronavirus might be with us for many years and possibly forever. 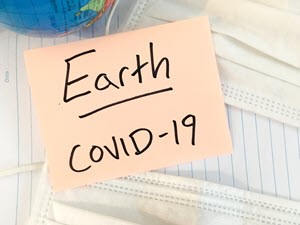 How does it affect the economy if no one cares about it anymore? Well, lots of us care and that is why I write these reports. Also, we just had the worst GDP reading in history. Even worse than in the Great Depression. That is a major economic consequence of the pandemic. Furthermore, the unemployment rate is still at 11%, which is 3x worse than just six months ago. We all have changed our lifestyles and how we spend our money. All of this is because of Covid-19.

If the coronavirus is so terrible, how can the stock market be up? It is up exactly because of the pandemic. The Fed reacted quickly. It announced that it had infinite cash and it would not let the economy die. What stock investors heard was that the Fed was guaranteeing that stock losses would not be dangerous. They will do anything needed, including buying exchange traded funds (ETFs), to protect the economy. Also, many of the trillions of dollars that Congress is spending because of the pandemic are directly or indirectly ending up in the stock market.

Because the pandemic has had such a major impact on the economy, the Wall Street Journal, Forbes, Barron’s, Bloomberg, CNBC, and every other financial news outlet are covering coronavirus news extensively. I am providing what I think, as a physician, are the most important stories of the past week.

I have mentioned a few times that Covid-19 often damages other organs. It is a virus and it passes through the bloodstream.

While it has an affinity for lung tissue, it can infect any tissue. There have been many studies that have found damage to the lungs, heart, brain, liver and kidneys. 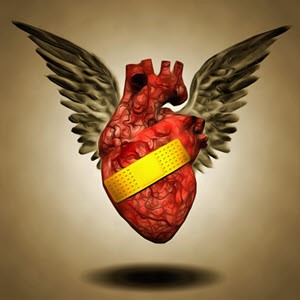 The Journal of the American Medical Association this week published a study of 100 patients who recently recovered from Covid-19. They used cardiac magnetic resonance imaging and found that 78% of the patients had heart involvement and that 60% had ongoing heart inflammation.

90% of US deaths could have been avoided

The United States is the richest country in the world, and it has the best health care system in the world. Therefore, we should expect far fewer problems than the rest of the world. Instead, we have 4% of the world’s population and 25% of the Covid-19 deaths. We are not just a little behind the other countries; we are doing 6x worse than an average country!

Since we are the richest country in the world with the best health care in the world, we should have half as many deaths as average. That means 2%, not 25%. Two percent is about 90% less than what we have. Therefore, if we had average leadership, we might have 135,000 more people alive today. In four months, we needlessly lost more people that we did in World War I. In addition, we would have saved hundreds of thousands from needless suffering and possible lifelong organ damage.

We actually have had tens of thousands more Covid-19 deaths than what has been reported. Simply compare the total number of deaths in the United States from March through July this year to last year. The increase over past years is called “excess deaths.” A report in the Journal of the American Medical Association shows that the monthly excess deaths caused by Covid-19 is averaging around 28%. That means the current total number of death caused by Covid-19 is probably around 190,000, not the reported 150,000. Many people are dying from it without every getting diagnosed.

Are these deaths simply due to testing? Whether or not you do any testing, anyone looking at the data can see that far more Americans are dying this year compared to the past several years. If not from Covid-19, then from what? It’s Covid-19.

Several years from now, scientists will come up with an accurate total for the number of deaths in the United States from the pandemic. It will be hundreds of thousands of people, which is far greater than what people suspect today. Back in February before there was a single U.S. death, I wrote that the pandemic could cause 500,000 or more. I still believe that is the path we are on.

Think about this. The number of Americans who died needlessly is staggering. This absolutely shocking fact shows just how badly we’ve bungled the pandemic. History will talk about this blunder for centuries as one of the most horrendous decisions ever made by an advanced country.

Yes, the President will get the blame, and he should, but where are the Democrats? The Democrats should be aggressively swaying public opinion by hammering the point every day that we are losing 10x more people than we would be with just a minimal national plan.

It’s the number of deaths, stupid!

Stop talking about the number of people infected or the number of tests. It is a distraction that misses the point and it minimizes the gravity of this pandemic. Please only talk about the number of deaths. That has nothing to do with testing and it is something neither side can deny. It is a starting point for a united attack against the virus.

Why isn’t someone on TV every day insisting that we follow the simple guidelines repeatedly given to us by epidemiologist and virologists? Why is Washington still not demanding that everyone wear masks when in public?

The public is looking for leadership and it is not coming from either party. This is resulting in America passively letting the pandemic go unchecked and relentlessly ravaging our society.

I understand the Democrats’ strategy. When an opponent is destroying himself, the best political approach is to stay out of the way and let him complete the job. But we are losing tens and maybe hundreds of thousands of people needlessly because of election year politics on both sides. The Democrats should be demanding an end to this insanity. Their lack of leadership is enabling this ongoing disaster.

Damage from Covid-19 will be with us for decades

The United States now has 4 million confirmed cases. Since only 10% to 20% of cases get confirmed, there are likely 20 million to 40 million people in the United States who have been infected. By the time there is a vaccine, it might be 100 million.

If a significant number gets damage to other organs, those people will have less healthy tissue later in life. As we age, we lose function in every organ. If the function falls below a certain level, the organ fails.

I believe that 20 years from now, millions of Americans will develop serious medical problems because their government did not protect them in 2020. It will be such a common problem that when a person goes to the doctor in 2040 and the doctor diagnoses a heart problem or any other organ problem, the doctor will ask the patient if the patient had Covid-19 back in 2020. He will ask because he will know that millions of Americans sustained permanent organ damage because of the biggest medical blunder in history.

Some supporters of the President’s approach to the pandemic argue that they do not want the government to tell them what to do. It’s un-American. They want to make the decision about masks and social distancing themselves.

I do not see how this is different from allowing drunk drivers decide if they are too drunk to drive or allowing smokers decide when and where they can smoke. Drunk drivers and smokers endanger other people. I want the government to protect me from them. Let someone get drunk at home but keep him off public roads. Let the smoker smoke at home, but not in public places. Let Americans go without masks at home, but not in public.

What is different about the masks is that you do not know if you are infected or if you are infecting and ultimately killing someone else. Many of the deaths are several people removed. You infect someone who infects someone else, and eventually someone gets permanent lung or heart damage or even dies.

That victimized person and his family would not have that suffering if you were forced by your government to wear a mask. Since you don’t see the people you are killing, it is easier to deny your responsibility and therefore not wear a mask. It allows you to be comfortable making the specious argument that this is an issue about the government micromanaging your life and not about your indifference to your fellow man.

We can easily end the pandemic in a month

I have written many time that if the President wrote an executive order mandating that everyone must wear a mask outside of the home and insisting that this is the patriotic thing to do, the pandemic would end in a month. Our lives and the economy would soon get back to near normal. It is as simple as that. But politics in an election year prevent even a simple solution from becoming a reality.

If our leaders in Washington united in putting the welfare of the American people ahead of their political goals, as they would during a military war (this is a medical war, but a war nonetheless), most Americans would eagerly rally around the cause.

I have often written since February that just four weeks of a unified effort would end the pandemic. Look at South Korea. We have 6x more people and 500x more deaths. Who thinks we could not do much better?

That would also save the more than 100,000 people who will die over the next year from our insane, defenseless approach in a war against a virus. So simple, but an admission that the policy from the outset has been a disaster. Better to stick with the policy and hope for a vaccine so that the dying finally slows down ahead of the election.

This is a two-part report on the Coronavirus pandemic. Tomorrow, we will discuss “progress” on a Russian Covid-19 vaccine and the Hydroxychloroquine Hoax.