That’s when Mercury and Venus—planets that rule trading and money—both move into the sign of Libra within eight minutes of each other, at 9:33 pm and 9:41 pm, respectively. Together, they want to level the monetary playing field.

Mercury is in retrograde motion, so is backing into Libra from Scorpio, so messages will be more conciliatory rather than about exposing secrets. Venus gains strength as it moves into one of its ruling signs from Virgo, where it is especially weak, so will be able to act more confidently in money matters.

The position of planets in the sky as they relate to their positions when a market first began trading can provide clues to potential trend changes. The energy is strongest on the days noted in this post, but it is not unusual for the effect to be seen a day or two either side. See backgrounder “Market Analysis with Astrology” for further information.

All information in this post is merely the personal opinion of the author and not that of any other person, company or entity. This information is not to be construed as financial advice, nor relied upon as such. Please contact your broker or financial advisor for trading and investment advice. Past results are not necessarily indicative of future market behavior.

Trend Remains up for Now, but Anything Is Still Possible
14 hours ago

We are entering a traditionally bullish seasonal period in the stock market, and it is likely that t... 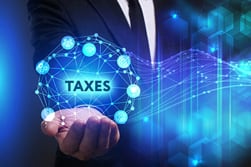