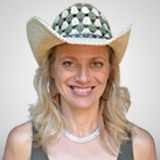 Have you ever committed to plans, ones that really interest you, and then you get a call for something that, you think, is better and you go into a full frenzy of FOMO, asks Marina “The Trader Chick” Villatoro?

Fear of Missing Out is a real thing and it happens to all of us. However, where it is most noticeable and tends to be the most destructive is for day traders.

The amount of people who chase trades because they believe there isn’t another trade coming is what keeps most brokers always in the green and thriving as they reap in the commissions and the traders deplete their accounts.

Fear of Missing a Trade, or as I like to call it—FOMAT—is as powerful of an action-driven bad decision as greed and putting in the “mental” stops.

We all know what happens with greed. The one that we say, “I decided to move my target because the move was so strong in my direction.” Followed, but a huge grievance of, “but then it turned on me and instead hit my stop.”

And the worst part of that, was that it could’ve been totally avoided if only you stuck to the initial target and instead of crying all the way home, you’d have cashed in on a great trade and greed would not have won the day.

And starting the discussion on “mental” stops, requires a whole other article because we all know how reliable they are. Let’s just say if there is no real stop loss in place, you might as well say goodbye to all your money, because EGO has a great way of not allowing you to admit you are wrong to call a bad trade just that and get out before you lose the farm.

FOMAT doesn’t fall too far from the tree that these bad apples grow on. Why? Because beginner traders fear there will never be another trade like the one that they just missed.

Here’s a news flash! There is always ALWAYS another trade coming. It might not be right that very second, but it’s coming and it’s probably better than the one you missed. Because that one has already left that station.

Would you jump on the rails of a subway that just passed by and started running like a maniac after it. NO! The very idea of it is ridiculous. Because we all know that there is another subway, metro, train coming.

Sometimes all it takes is trust and patience, but don’t take my word for it. Backtest!

Every time you chase a trade because you are fearing that you won’t get one that day, see how often it works out. I can guarantee after 20 times you will see that maybe 10% worked out.

And you never want to be in a trade that is only working out 10%, that means 90% of the time you’re literally donating your money to the market. Remember this—there is always another trade coming!!!