Does Apple Have an Eye on Healthcare? 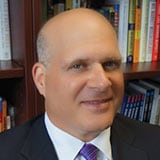 I don’t have any idea where the stock market will go over the short term. But I do know that if we keep buying stocks when we get them for bargain prices, we can’t help but make money, asserts value investing expert Charles Mizrahi, editor of Park Avenue Investment Club.

During the last quarter of 2012, Apple (AAPL) was an unloved and unwanted stock. Mr. Market had his gloom-and-doom game face on, and he disliked Apple. Steve Jobs, Apple’s legendary cofounder and visionary, had passed away only two years prior. The new CEO, Tim Cook, while competent, was not seen as Steve Jobs 2.0.

The iPhone 5 was released in September 2012 and sold out 20 times faster than the 4 and 4S models. But that didn’t help Apple’s stock. Instead, it started to slide. Over the next few months, the shares slumped more than 20%.

Apple was seen as a one-trick pony. Its fortunes were tied to one product: the iPhone. And competitors were breathing down Apple’s neck. Google (GOOGL) was giving its Android operating system to handset-makers for free. Amazon was selling its hardware at cost. And Samsung was offering functionality similar to the iPhone at a much lower price.

If you missed investing back then, Mr. Market is giving you a second chance. The late Mae West said, “Too much of a good thing can be wonderful.” And Apple is a company that we like to own a lot of.

When Apple introduced the iPhone to the world in June 2007, it changed everything. Back then, Blackberry (BB) had been the market leader. After watching the webcast of the iPhone unveiling, Blackberry’s former co-CEO Jim Balsillie responded, “It’s OK—we’ll be fine.”

Six months after its release, the iPhone had captured 28% market share of the U.S. smartphone market. And over the next few years, it continued to grow.  When Apple launched the iPhone 5 in September 2012, its market share climbed to 34%.

By 2012, the only thing that Wall Street focused on was iPhone sales. The iPhone was the driver behind Apple’s revenue quadrupling between 2008 and 2012.

Apple’s stock soared more than 60% during this time. When Apple released third-quarter earnings in September 2012, it missed analysts’ expectations. And the stock price started to slide down more than 20%.

While Apple’s stock was selling at a bargain price, one analyst said, “With Apple down well over 20% from its 2012 peak, there have to be better places to put money to work in tech.”

The more I researched Apple, the more I realized that Wall Street was only focusing on one part of the story. Most analysts had tunnel vision when it came to Apple. They only focused on the iPhone. But there was another story going on at Apple, and that story wasn’t getting too much attention.

At the end of 2012, Apple’s revenue from iPhones was $80 billion, which was more than half of Apple’s total revenue of $156 billion. Buried at the bottom of the income statement was a line item labeled “software, service and sales.” It showed only $3.5 billion in revenue. Compared to the total revenue, it was like a pimple on the ass of an elephant.

The more I read about Apple’s services, the more I realized that it was a potential gold mine. At the time, Apple had more than 100 million credit cards on file — it was ringing up charges every time someone bought an app. The customer base was sticky, and not many of them gave buying an app for $0.99 a second thought.

Since 2012, the service segment has soared. At the end of 2017, services, which now includes apps, books, music, and software, had grown to $30 billion in revenue.

Just the revenue from services alone is almost as much as the total market capitalization of Travelers Companies (TRV) — a world-class insurance company. Apple CEO Tim Cook believes that he could double services revenue to $60 billion by 2020.

The great thing about services is its high profit margins. Over the years, Apple has transformed from a hardware (iPhones, computers, iPads, etc.) to a services business. And this shift from hardware has turned Apple into a cash machine.

Even after returning nearly $250 billion to shareholders since 2012 (in dividends and buybacks), Apple still has more than $285 billion in cash left on its balance sheet.

Now, don’t get me wrong: The iPhone is the hub of Apple’s cash machine. It drives customers to other products and services. But Apple gets you into its ecosystem through its iPhone. Then customers begin using other Apple products such as its iMacs and iPads. Everything works together as one.

Like potato chips, you can’t have just one Apple product. I started out with an iPhone back in 2007. And a year later, I switched from a PC to an iMac and later bought an iPad. I’m pretty typical: The average household owns 2.6 Apple products.

Apple is now establishing a beachhead into another area: financial services. It’s beginning to ramp up Apple Pay and Apple Cash. Apple Pay is working on making physical credit cards obsolete — they’re now able to be stored in your apps.

I wouldn’t be surprised to see Apple transform financial services like it did with music just a short time ago. Virtually overnight, CDs became obsolete and music streaming became the norm.

Apple is also building a beachhead in health care. Millions of people are using iPhones to take part in medical studies. One app uses the iPhone’s sensors to measure hand tremors and will, hopefully, aid in diagnosing Parkinson’s disease.

And Apple may have a greater presence in data-driven areas of health care. A recent software update for iPhones collects medical data from hospitals and clinics. The data, including medications, lab results, and immunizations, can be accessed from one app. The update is only in beta form but is a good indication of what’s to come.

Apple is also working on self-driving car technology. I see the future of Apple looking more like a technology conglomerate instead of a maker and seller of iPhones.

I’ve been working in this business for more than 35 years and have read thousands of annual reports and SEC filings. It’s very rare to come across a business that has so many irons in the fire. Apple has many world-class “companies” buried inside it. Mr. Market is not pricing in Apple’s potential for its other lines of business.