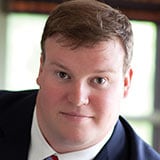 Beginning his career on Wall Street in 1938, Sir John Templeton pioneered the concept of international investing; he was a consummate contrarian and sought nations, industries, and companies at what he called “points of maximum pessimism,” notes Ian Wyatt, editor of High Yield Wealth.

We see opportunity in Turkey’s misery and recommend that investors invest accordingly. We see the iShares MSCI Turkey ETF (TUR) as the most prudent investment to exploit the opportunity. The ETF is a diversified investment. It holds 63 of the largest publicly traded companies in Turkey.

The iShares ETF reflects investor pessimism. Its shares are down 55% year to date. They haven’t been priced this low since the 2008/2009 financial crisis. They trade at a 74% discount to highs set in 2010.

History doesn’t repeat, but it frequently rhymes, as Mark Twain noted. Sir John understood Twain’s observation, which he frequently exploited. We see an opportunistic rhyme. The last time Turkish shares were priced this low, in 2009, they increased 400% over the subsequent 20 months. A $10,000 investment grew to a $50,000 investment in less than two years.

Let’s not overlook the income. We are unable to say with assurance what future dividends are on offer. The dividends paid to U.S. investors vary based on currency exchange when they’re paid. But we can say that the fund has paid semi-annual dividends since it was launched in 2008.

The iShares MSCI Turkey ETF paid $1.02 per share in dividends over the past 12 months. That’s nearly three times the dividend yield offered by the S&P 500. With three times more income and 400% profit potential — like Sir John — we think the potential reward in Turkey outweighs the misery and perceived risk.