AvidBank: "The Best of Both Worlds" 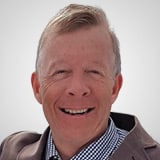 AvidBank Holdings (AVBH) just reported their best quarter ever, with a 29% increase in interest income and net interest margins up 4.89% very high for a small bank, explains Doug Hughes, money manager and editor of BankNewsletter.

Earnings per share were up 50% in the last quarter as their investments in staff and infrastructure are now starting to pay off after a decade of growth; it is all going to the bottom line.

The bank has done a few private placements over the years to raise capital; each time insiders buy a bunch. They keep hiring top bankers from other lenders, so we don’t see a sale of this bank for several more years, while they get this to the full earnings power of over $5.00 a share three years out. Return on assets is stable at 1.33% and growing, and they have almost no bad loans.

The stock trades 1.4 times book, which is usually a little high for us, but with its growth it could be worth 2.4 times book today and each day it grows. We typically don’t pay more than 1.25%, but here it is undoubtedly worth it.

They have less than 6 million shares outstanding and should earn around $2.60 a share in 2019, making it cheap and ready to take off to $30 once they put up a few more strong earnings reports. Banks with this growth usually trade with a P/E of 16, not 9.

The bank is just over 15 years old, and that is the only concern is it growing too fast, I don’t think so, they did it just about right the past decade, and now earnings growth will be the proof as will stable asset quality.

We would make it a top holding with low downside risk, due to their proven record of small losses and high earnings going forward. With banks, you are buying people and market area, and with this one, you have the best of both worlds.