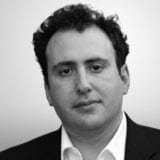 The Roman philosopher Seneca wasn’t talking about the stock market when he wrote that “Time discovers truth.” He could have been. In the long run a stock price will reflect a company’s intrinsic value. Short run, pricing is basically random, writes Vitaliy Katsenelson.

Let’s say you had the smarts to buy Microsoft (MSFT) in November 1992. It would have been a brilliant decision in the long run — the software giant’s stock has gone up manyfold since.

But nine months later, in August 1993, that call did not look so brilliant: Microsoft shares had declined 25% in less than a year. In fact, it would have taken you 18 months, until May 1994, for this purchase to break even. Eighteen months of dumbness?

In the early 1990s, the PC industry was still in its infancy. Microsoft’s DOS and Windows operating systems were de facto standards. Outside of Apple (AAPL) Macs and a tiny fraction of computers, every computer came preinstalled with DOS and Windows.

Microsoft had a pristine balance sheet and a brilliant co-founder and CEO in Bill Gates who would turn mountains upside-down to make sure the company succeeded. The above sentence is infested with hindsight — after all, that was almost 30 years ago. But Microsoft clearly had an incredible moat, which became wider with every new PC sold and every new software program written to run on Windows.

Here is another example: GoPro (GPRO) is a maker of video cameras used by surfers, skiers and other extreme sports enthusiasts. If you had bought the stock soon after it went public, in 2014, you would have paid $40 a share for a $5.5 billion–market-cap company earning about $100 million a year — a price-earnings ratio of about 55.

Your impatience would, however, have been rewarded: The stock more than doubled in just a few short months, hitting $90.

Would it have been a good decision to buy GoPro? The company makes a great product — I own one. But GoPro has no protective “moat” around its business. None. Most components that go into its cameras are commodities. There are no barriers to entry into the specialized video camera segment.

Most importantly, there are no switching costs for consumers. Investors who bought GoPro after its IPO paid a huge premium for the promise of much higher earnings from a company that might or might not be around five years later.

What is even more interesting is that some of those buyers were then selling to even bigger fools who bought at double the price a few months later. GoPro was a momentum stock that was riding a wave about to break. Fast-forward a few years and GoPro sales have been on decline; nowadays its stock trades below $6.

These two examples bring us to the nontrivial topics of complex systems and nonlinearity. My favorite thinker, Nassim Taleb, wrote the following in his book “Antifragile: Things That Gain from Disorder”: “Complex systems are full of interdependencies — hard to detect — and nonlinear responses. Nonlinear means that when you double the dose of, say, a medication, or when you double the number of employees in a factory, you don’t get twice the initial effect, but rather a lot more or a lot less.”

The stock market is a complex system where in the short-term there are few if any interdependencies between decisions and outcomes. In the short run, stock prices are driven by thousands of random variables. Stock market participants have different risk tolerances and emotional aptitudes, and diverse time horizons ranging from milliseconds (for high-speed traders) to years (for long-term investors).

In other words, predicting where a stock price will be in a day, a month or even a year is not much different from prognosticating whether the ball on a roulette wheel will land on red or black.

In the longer run, good decisions should pay off because fundamentals will shine through — as was the case with buying Microsoft in 1992 and not buying GoPro in 2014. But in the short run there is no correlation between good decisions and results.

Whenever you look at your portfolio, think of Microsoft and GoPro. The performance of your stocks in the short run tells you absolutely nothing about what you own or about the quality of your decisions. You may own a portfolio of Microsoft companies, and its value is going down because at this juncture the market doesn’t care about Microsofts.

Or maybe you stuffed your retirement fund with overpriced fads that may not be around a year from now.

But in the longer run, remember what Seneca knew: Time discovers truth.

So, how does one invest in this overvalued market? Our strategy is spelled out in this fairly in-depth article.
Vitaliy Katsenelson is the CEO at Investment Management Associates, which is anything but your average investment firm. (Seriously, take a look.)
Smitten by this article? Don’t let your love remain unrequited. Sign up here to get my latest articles in your inbox.

Monday was a "gap-up-and-go" session that did not look back in the rearview mirror as price action w...

Let’s dive into a trade I currently have open. I haven’t closed this trade yet but it's ...