The escalation of domestic political issues is reminiscent of the 1970s, follow what happened then as a clue, writes Jeff Greenblatt.

It’s beyond the scope of our stock market work to analyze the contents of the Mueller report. It is precisely my job to warn you the stock market does not like these kinds of issues. How many of you have studied a chart of the Watergate era?

Those who do not learn from history are doomed to repeat it. Since none of us were trading in the early 1970s there’s little chance we are personally going to repeat history. But its important to learn the lesson to be sure we don’t contribute to the replication. History offers warnings if we will only listen. Personally, I’ve been warning for a long time there would be a day our domestic issues would catch up to the market.

That day has come.

The fact it came just at the end of the favorable portion of the four-year Presidential cycle is incredible. May has been a different kind of month than we’ve seen this year. Now it’s nearly over. Concerning Nixon v. Trump, there is no comparison. In the legal world, you are not a little pregnant.

The market cares about infrastructure and the potential for thousands of jobs that will now be lost. Noting of substance will be legislated until the election. The market realizes whatever is going to manifest in Washington will not be good for the economy. The market has told us many times it favors what Trump has done for the economy. Study my chart of the 1970s. Look at the big down wave to the left, most of that leg came as a result of the Watergate scandal. 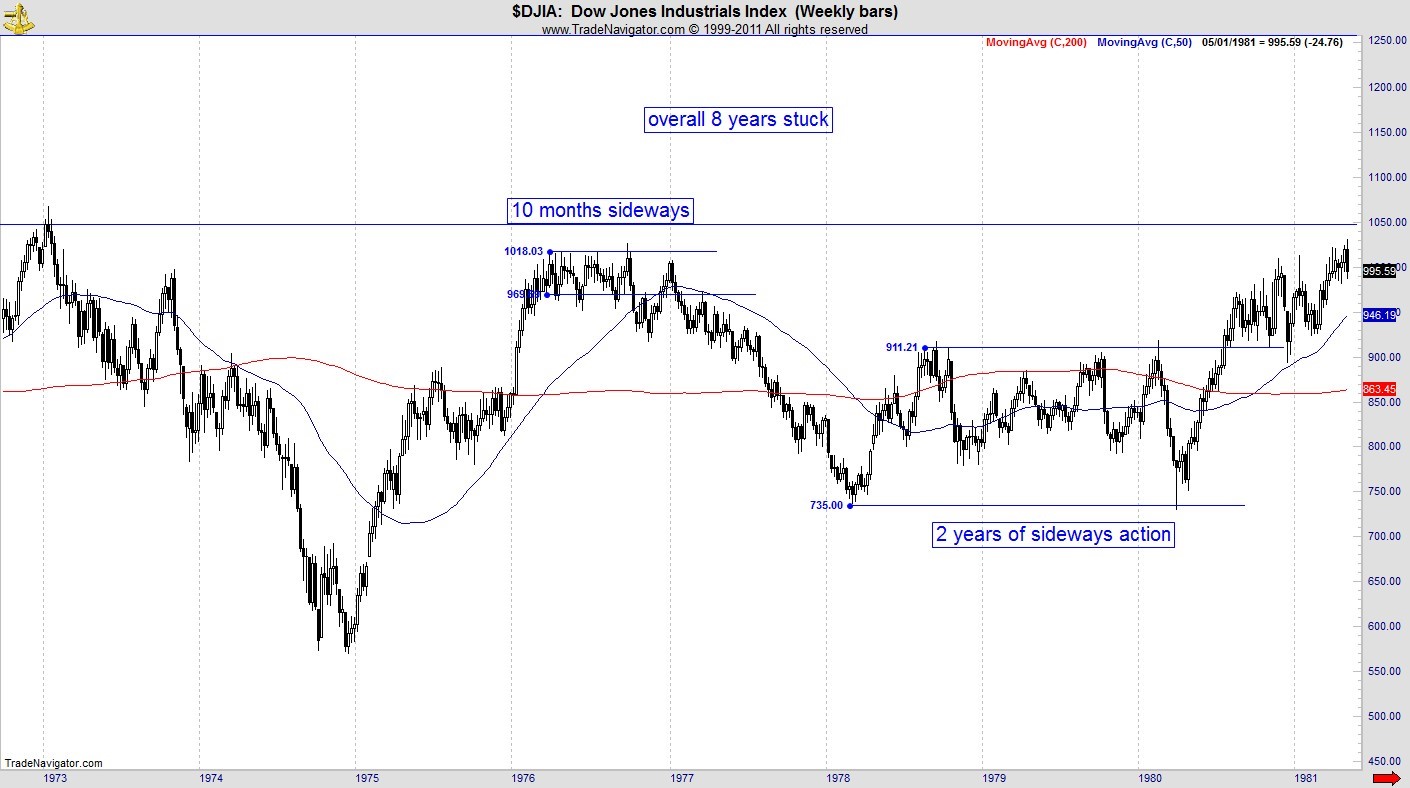 There will now be multiple major investigations at the highest levels of government and the market isn’t going to like any of it. The major Democrat names running for President have called for impeachment hearings. Attorney General Barr is already investigating the other side. Get your popcorn, we are in for a long and wild ride.

Traders need to realize the need to protect themselves for the new cycle just getting warmed up. What I learned at the Las Vegas Traders Expo by observation is about 75% of the people at the opening ceremony had five years of trading or less. Most of them were raised up in the bullish environment of this last decade. That means lots of folks weren’t even in this business during the financial crash of 2008. That speaks nothing to the history of the 1970s market. It also means lots of people trading these markets have no idea how to be short effectively.

Let’s take inventory of where we are right now. Here’s the NDX starting with the bear phase at the end of last year. We see three peaks or thrusts to recover that failed. On the way back up that level was tested repeatedly and finally concluded with the polarity flip which led to the last leg up. Last legs are usually made up of weaker traders who only pile on while the water is warm. The first leg off a bottom is made up of lots of short covering and smart money getting positioned (see chart). 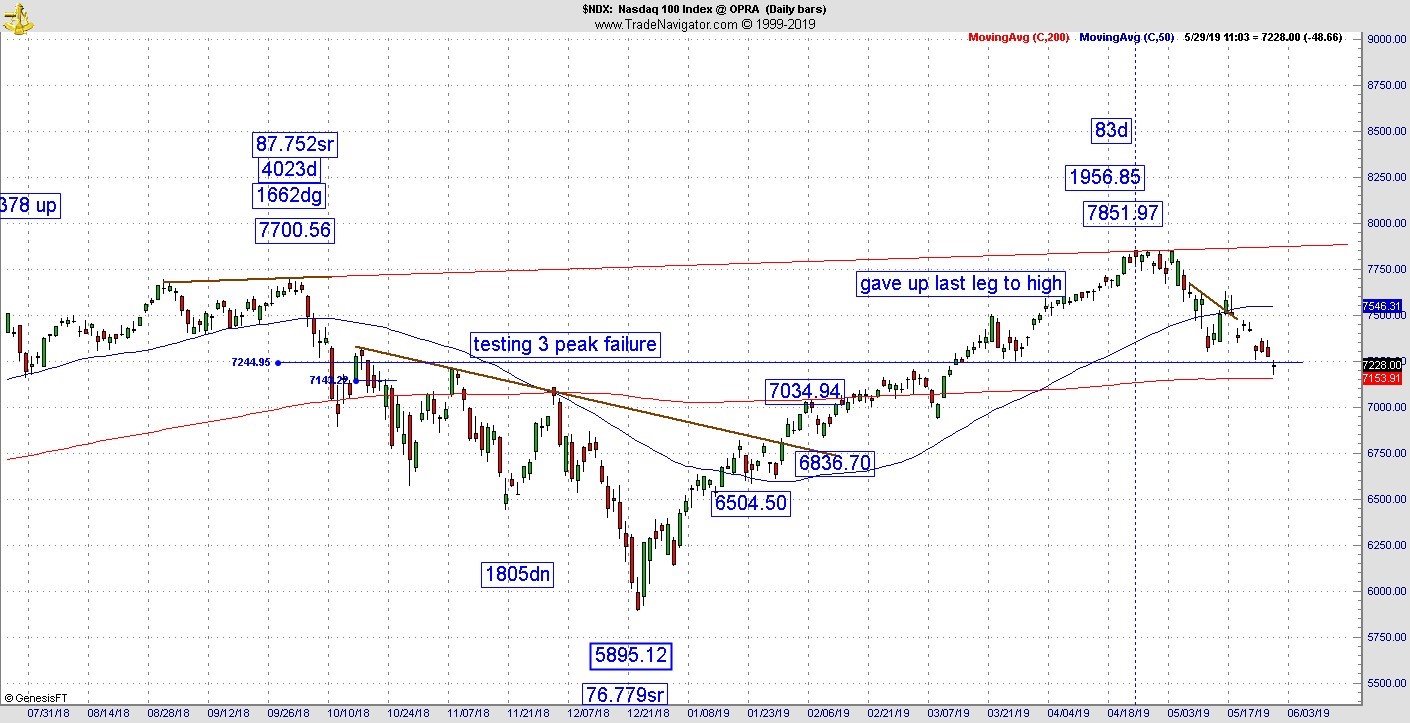 From today’s action we see the last leg up totally retraced and the first real violation lower as it hits the 200-day moving average. Is it any wonder this is the current level the market is wrestling with? So, a further breakdown here likely confirms the top. What was former resistance which became support is starting to unravel and if that continues you can figure out the rest. It would be one thing if we were sitting at the end of a bearish cycle. Conditions suggest just the opposite. It would be one thing if the findings in the Mueller report settled the matter. Instead it has opened the door to the next act in the play.

It was only a couple of weeks ago most talking heads on the business networks where telling the public to continue buying. There might be a little fear generated this morning. But its not even in the same galaxy of where it needs to be to start a new sustained bull run to the upside.

The takeaway here is history is about to repeat. Just be sure you are not a contributor to it.