The second week of August played out to the extreme levels accordingly as the market found the temporary bottom at 2775 on the E-mini S&P 500 (ES), at around the macro 200-day moving average.  This level also acted as a higher low relative to the March/June 2019 bottom. Then, the bulls' counterattack against the bears was life threatening as price action retraced 61.8% of the entire 3029.5-2775.75 range and wrapped up the week around the highs in the 2920s.

The main takeaway from the week was that it’s obviously a massive range as price action established a temporary bottom low at 2775.75 alongside a temporary ceiling high around the 2933 Sunday night high to Thursday 2940.75 resistance area.

There are currently only three scenarios going forward and are ranked by current structure/setup/odds.

3. Market breaks down decisively on a daily closing print basis and entices bears/sellers to come back in full strength and potentially opens up the range again by blowing past 2775 in order to backtest to lower key levels such as the March/June 2019 bottom.

Given the failure to defend against the massive weekly "stick-save" candle on Friday, the bears have to be clenching their butts real tight here. The current perspective on price action is that all subsequent backtests are just going to be higher-low buying opportunities unless we see something change significantly with at least a decisive close below 2845 to entice sellers/bears to come back. Hence, bears are classified as a critically endangered species for now.

See chart reviews and projections on the S&P 500 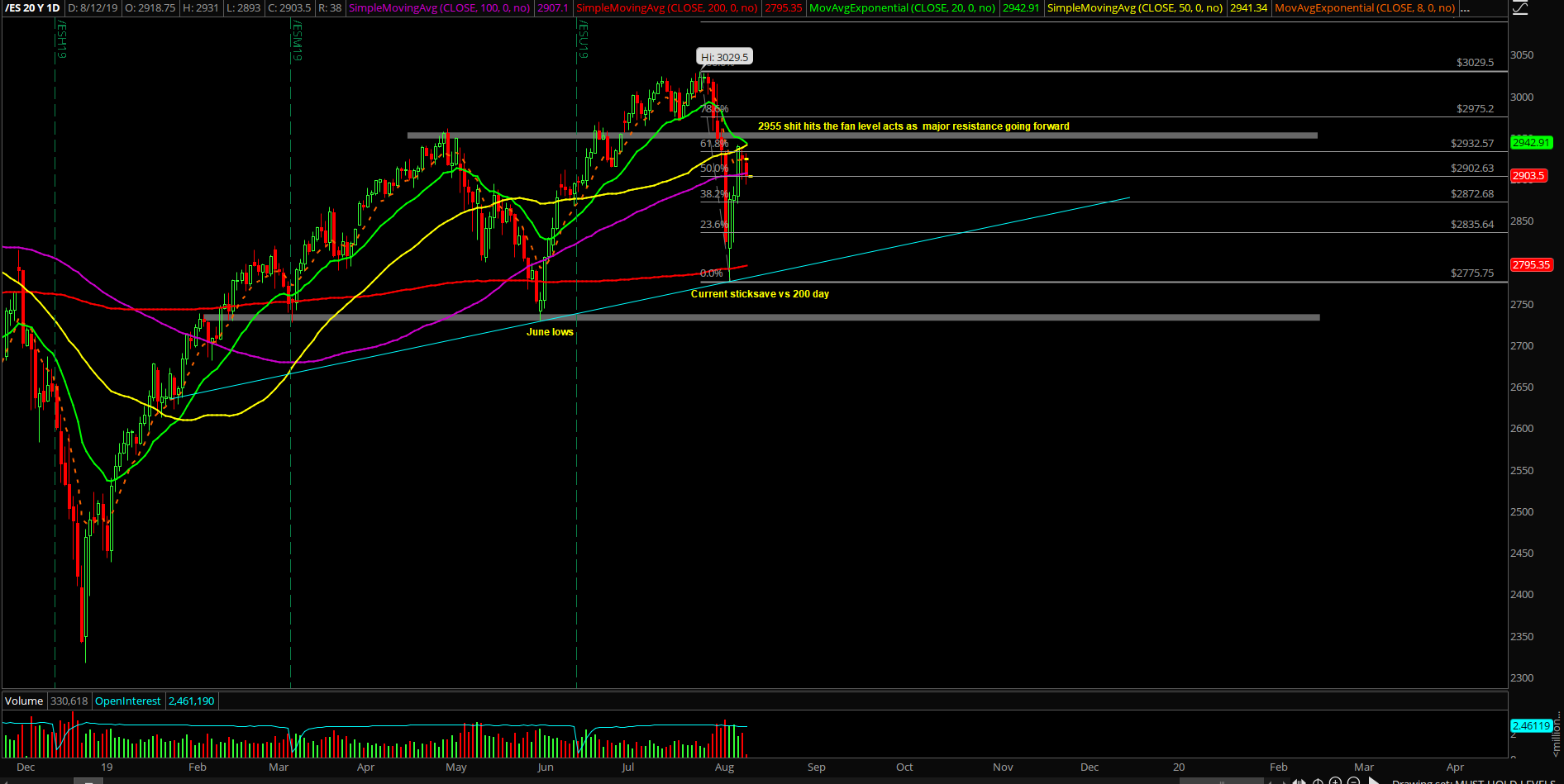 Can the Chinese Coronavirus Overwhelm the Fed?
9 hours ago