The USDJPY currency pair has been in a steady selloff and appears ready to reverse according to John Rawlins and the QuantCycles Oscillator.

The USD/JPY currency pair has been in a steady decline for the last month. While the US Dollar Index has moved higher against most currencies in the spring and early summer, higher volatility had buoyed the Japanese yen as a safe haven option outperforming other currencies vs. the dollar.

The weakness is the USDJPY has occurred against the long-term trend of the QuantCycles Oscillator, which turned higher in the spring (see chart).

This has pushed the USDJPY near oversold territory. 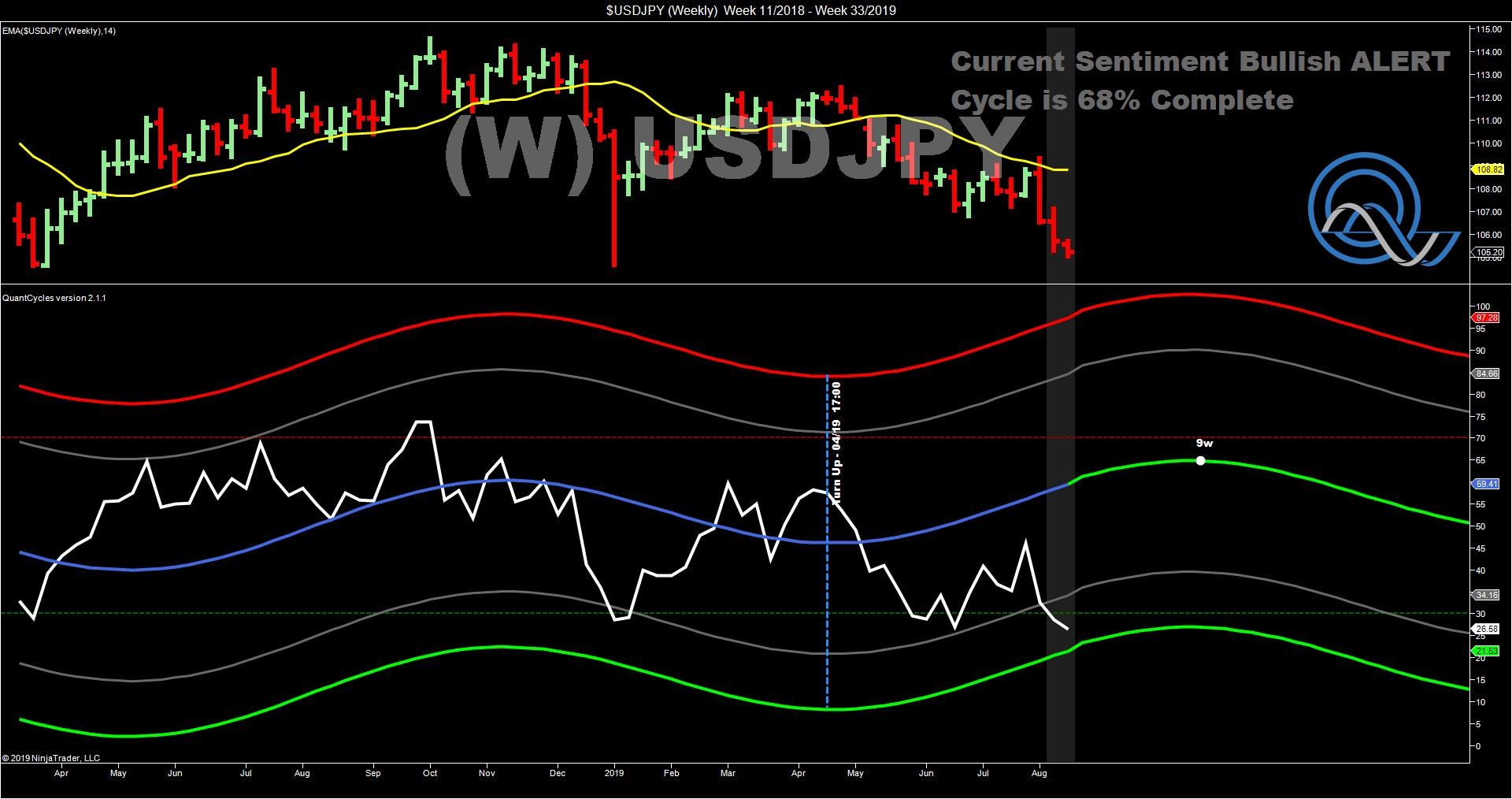 The USDJPY pair has surpassed oversold territory in the daily oscillator. This despite a stead uptrend in the oscillator that is expected to continue into September. 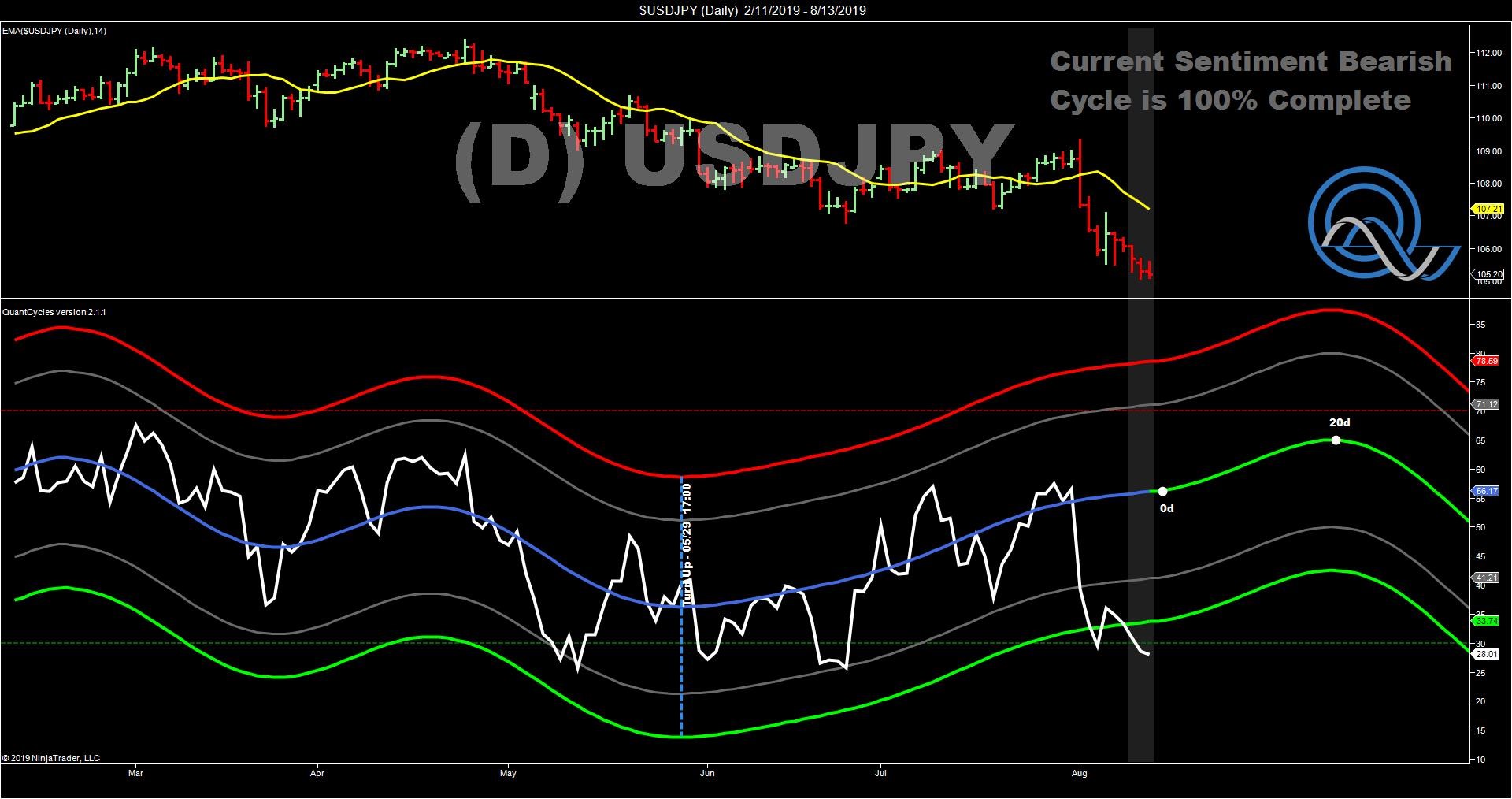 When you drill down to the four-hour chart and there is a clear short-term buying opportunity in the USDJPY pair. 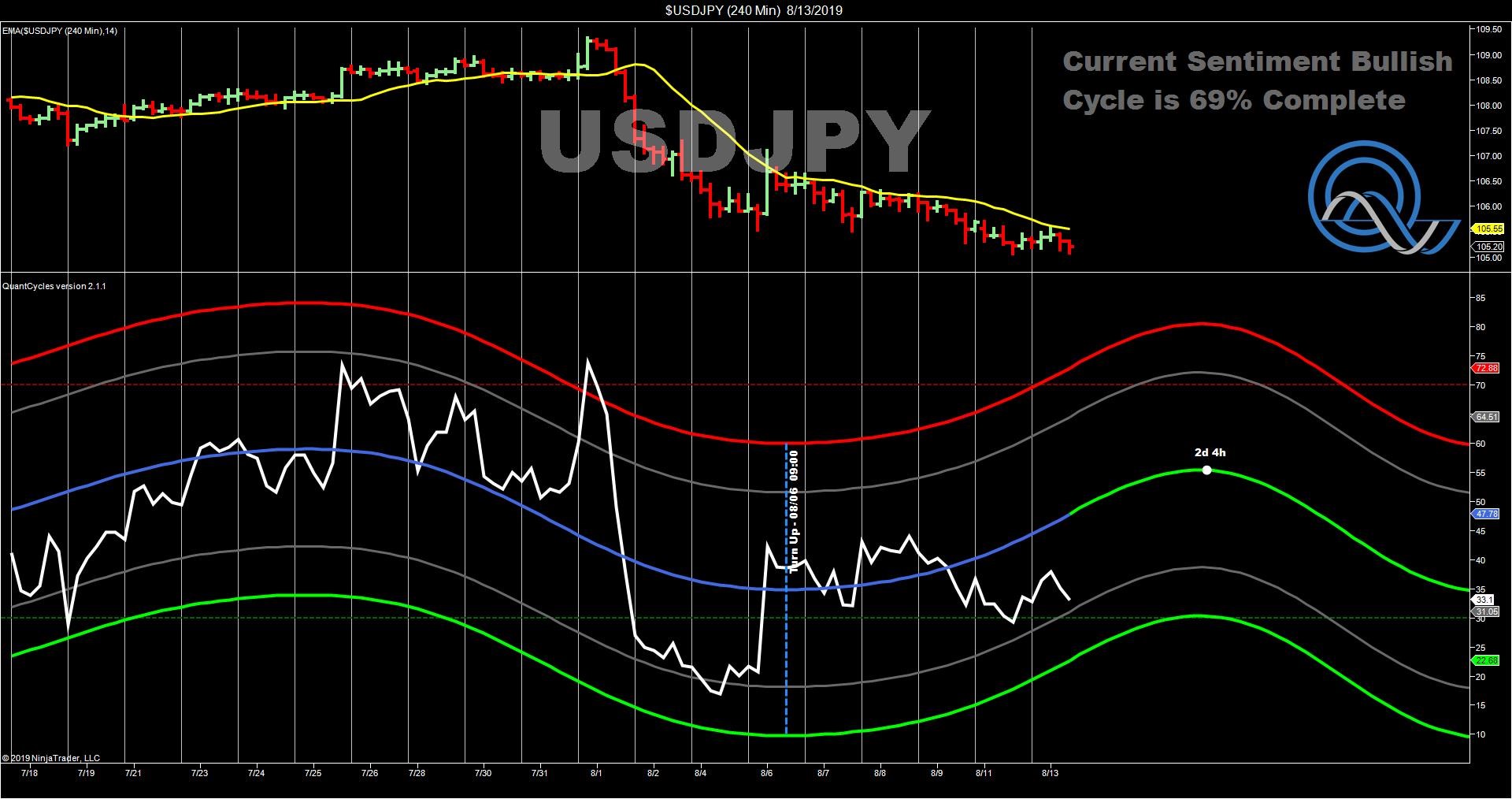 Euro Bears Fight Back
10 hours ago