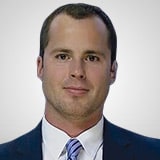 While the grain sector remains well-supported, the late planting this years brings in risk of frost, reports Oliver Sloup.

Fundamentals: Export sales this morning came in at 494,000 metric tons, a bit of a disappointment from last week’s number. There hasn’t been much news to move the market, but we expect to start hearing more on yields as harvest ramps up over the coming weeks.

Technicals: Corn has been a stick in the mud at $3.75 +/- a few cents. We wish there was more to say, but nothing has changed on the technicals all week. Consolidation has been the theme over the last week.

Fundamentals: Export sales came in at 1,038,000 metric tons, another strong number. This is the second week of strong numbers, but three makes a trend. Outside of that there hasn’t’ been a lot of news to report. Weather continues to be a bit of a wild card as the chance of a frost is not entirely ruled out and probably underpriced in by the market.
Technicals: Beans continue to hold ground in the $8.80’s, a positive sign for the pull camp. If the markets starts working out above $9.00, we could see another wave of short covering.

Fundamentals: Export sales this morning came in at 283,200 metric tons, a rather blah number. Despite that, the market is firming up. We continue to be favorable wheat based on positive technical but believe there is more value in the Kansas City contract.

Technicals: Higher lows and higher highs have been the trend over the last month, so long as the bulls defend support.