The S&P 500 is facing a serious pivot level as we exit the month of September, writes Ricky Wen.

The fourth week of September played out as a downside range consolidation pattern as the bulls failed their immediate upside setup and bears tried to resurrect themselves. In hindsight, the week played out according to statistics since 1960 as the week after September options expiration remains the weakest week. The only problem with the week is that there was still no decisive winner as price kept flirting with the 2955 breakdown or hold-above pattern on the E-mini S&P 500 (ES). Friday it pierced below 2955 for a few minutes, but the price action was unwilling to close below it, so everything is still stuck in the overall range.

The main takeaway from the fourth week of September is that both sides are starting to get impatient because it’s been two weeks of digestion versus the three weeks of August continuous upside grind. The only thing that matters is whether this is just a simple backtest of August’s breakout 2930-2940 zone or bears finally can resurrect themselves with the 3020s double-top pattern.

Friday closed at 2968.50 on the ES as bulls failed to wrap up the week around the dead highs, so the ongoing Friday closing at highs year-to-date stat has gone down to 69% (27/39 weeks).

Not much has changed since last week, but we’re in neutral mode as price action remains in digestion mode in an overall range and deciding the next move. A little more bullish than bearish still as no major support has been broken, so higher lows setups are still favorable. 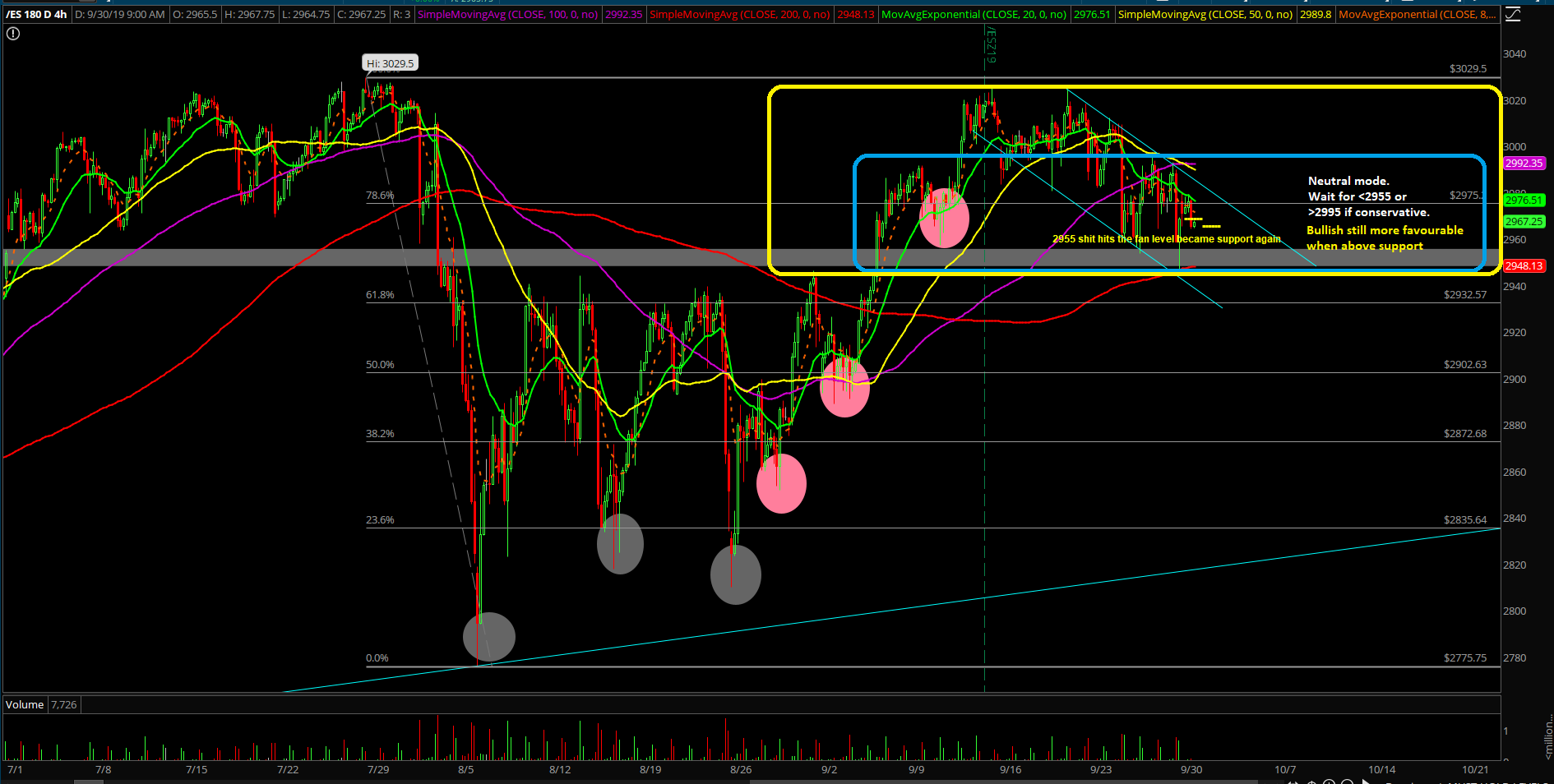