While many traders have been waiting to jump back into to emerging markets, the Coronavirus has put a hold on any near-term advance in that sector, reports Marvin Appel.

In a recent post I noted that the EEM/SPY ratio was testing its 200-day moving average. This suggested the possibility of the intermediate-term trend changing from favoring the SPDR S&P 500 ETF Trust (SPY) to favoring the iShares MSCI Emerging Markets Index ETF (EEM).  A breakout in the EEM/SPY ratio above its 200-day moving average would signal such a shift.
Alas, it was not to be.

The Coronavirus outbreak triggered a steeper fall in EEM than in U.S. stocks (4.2% loss over two days compared to 2.5% for SPY).  This is not surprising since more than one third of the exchange traded fund’s (ETF) components are in China, and an additional 23% are in South Korea and Taiwan.  Moreover, EEM peaked on Jan. 13, and fell 7% through Jan. 27.

Despite its steeper fall, the bounce in EEM on Jan. 28 was not quite as strong as the 1% gain in SPY.  As a result, the EEM/SPY ratio, instead of breaking out, has broken down to a nearly 17-year low (See chart below). The breakdown in EEM/SPY circled in green. 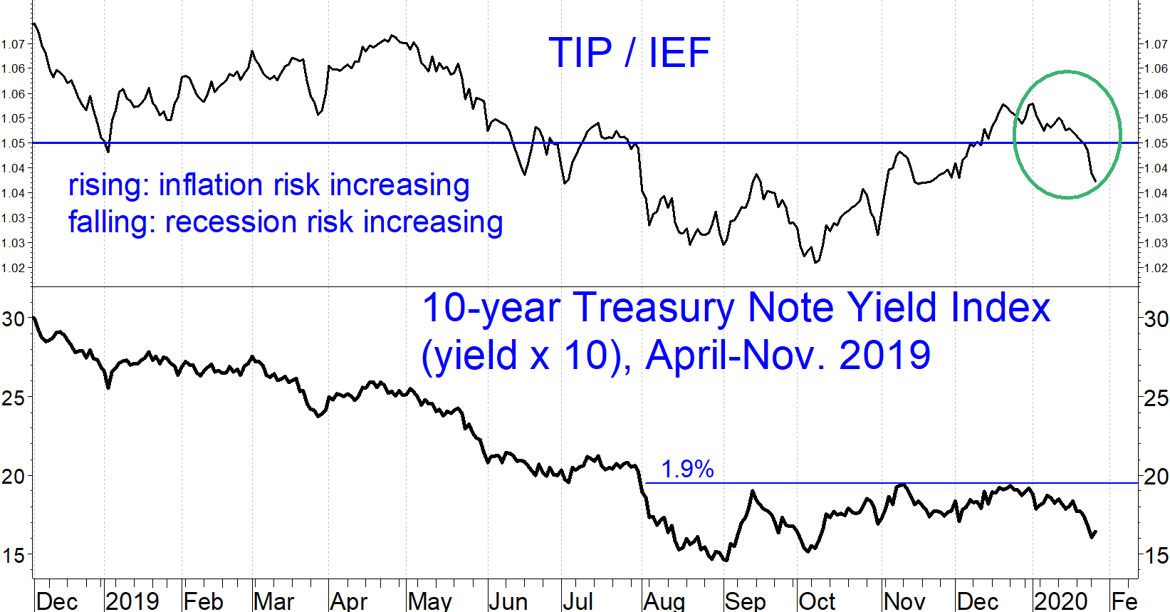 The implication appears to be that emerging markets are still not ready to move, stay with the S&P 500 Index for now, and don’t worry about chasing foreign stocks.

Here’s a bullish S&P play with protection for those traders who think yesterday’s ra...

Financial technology, or fintech, is a relatively new and growing part of the market, explains Jim W...

The increasing ability of human beings to treat formerly lethal diseases has had a massive effect on...