Bears Need to Back Up Thursday's Move

While significant, bears need to follow-up on Thursday’s selling or the V-shaped recovery will resume says Ricky Wen.

Key to watch for following Thursday’s major sell-off is the market's reaction to the 3085/3100 resistance levels on the E-mini S&P 500 (ES). Friday, ES rebounding but failed to reach that resistance area and gave back half of its gains. We’re treating Thursday’s price action as a dead-cat bounce.

It was a trend week down (Monday-Thursday) thus far, and Friday typically acts as a continuation model. Bears needed to show commitment Friday by wrapping at or near the lows.  Otherwise, they are fearful of another V-shape recovery from the bulls’ feedback loop squeeze setup. Friday price action was inconclusive so we carry that into this week.

Our game plan is that when below 3085/3100/3125, we are short-term bearish into the 3000/2950/2800 targets. This whole setup is technically valid when below 3150, but odds would start to shift if there’s a decisive one- to four-hour closing print above 3100 that tries to go to the next key level of 3125. We want to play the highest probability portion and adjust when odds do not favor us. 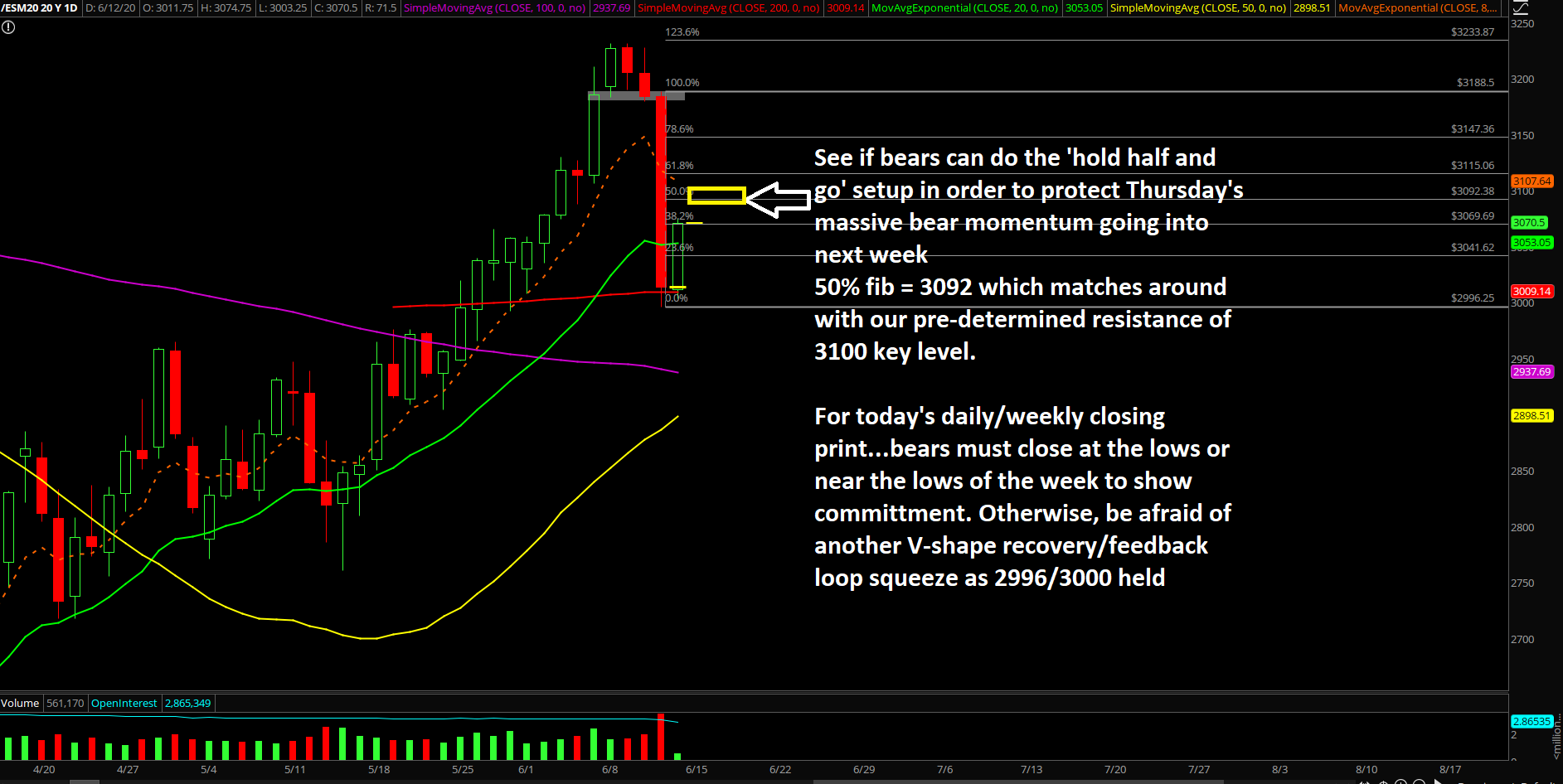 So, we continue to treat 3231.25 as temporary top setup and watch whether this week wraps up as a weekly bear engulf candlestick to confirm/deny momentum going into next week.

A d ecisive reak above 3100/3125 would be your first warning signs as 2996.25 would be the temporary bottom for the next few days/weeks.  If above 3150, bears are officially dead in the waters again.

For reference, it’s been an upside acceleration on the eight-day exponential moving average since May 18, 2020, and the lower timeframe such as the four-hour that has produced a clear trend for on-trend buying opportunities that showcased very little false positives. All bull flag/high level consolidation structures were bought easily and went into fulfilling all immediate targets. 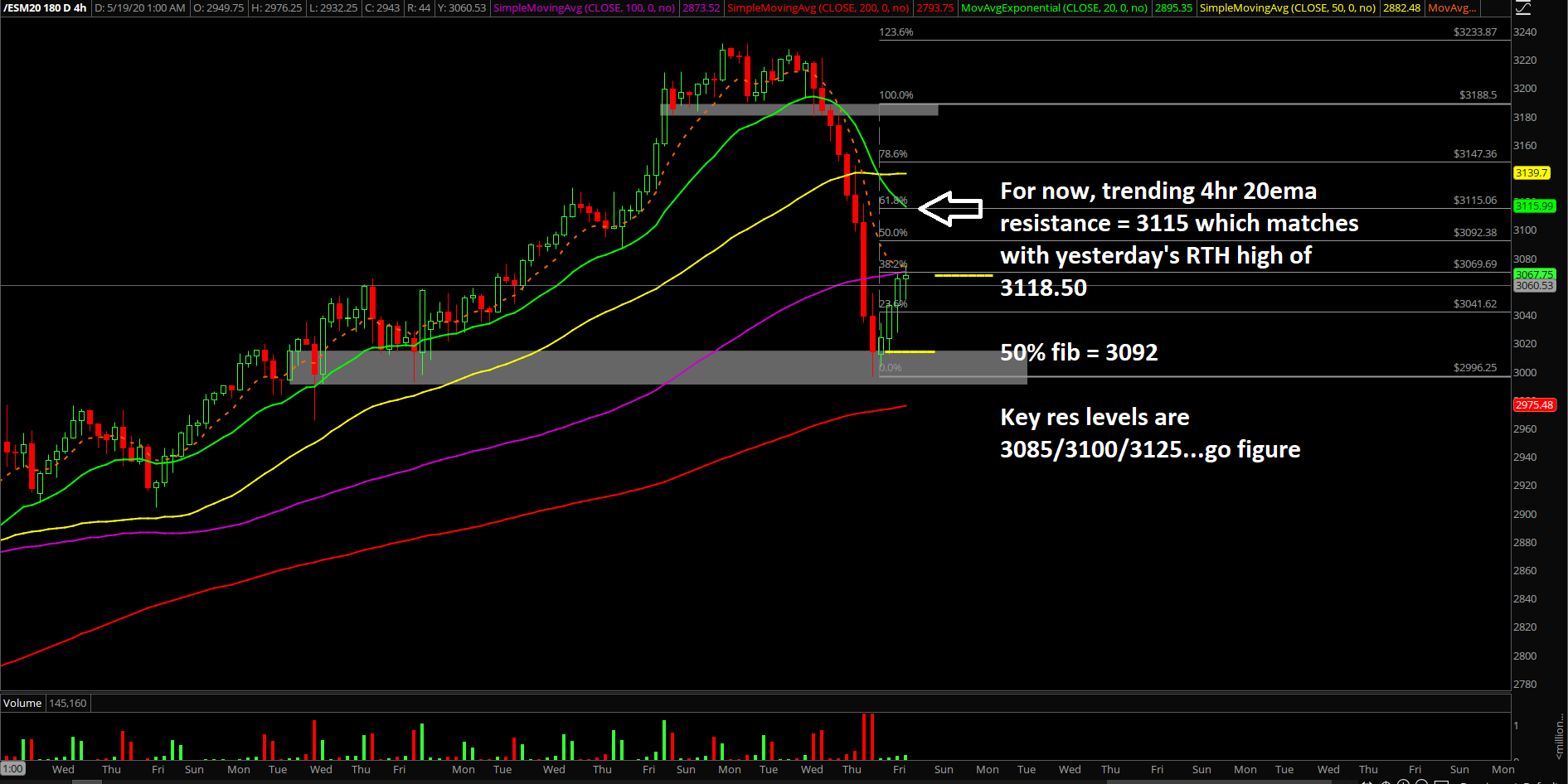 During the week of May 11-15 price bottomed out at 2760.25 vs our 2752 pre-determined key support level, we bought the dip at 2765 and the market has bounced way more than 100 points given our initial expectations. When bulls are in charge and bears are trapped market participants, there is no reason to doubt until support breaks and confirms some sort of breakout failure.