Technical outlook for the E-mini S&P 500 from Ricky Wen.

The E-mini S&P 500 (ES) gapped up to a high in the 3150s Tuesday morning and then quickly backfilled into the gap fill support of 3060s that eventually held, resulting in a standard rangebound day. Basically, price action just followed our four-hour yellow line projection as the market is deciding on a winner of this immediate range.

The main takeaway is that the market is just stuck within an immediate range of around 100 points that is confined within an overall large range of 9.5%, or about 300 points (see chart). If you recall, 3231.25 and 2923.75 represent the temporary top and temp bottom, and it’s going to take some time to grind out a real winner in this massive range. Digestion is often needed as the market is trying to frustrate and trap both sides. Add in that the fact that this Friday is monthly OPEX and also quadruple witching that occurs every quarter.

Daily closed at 3116 at on the ES as it remains stuck doing the good old "shakefest" by following the four-hour yellow line price projection. Expect more of the same for today, but in a contracted range due to the overnight clues and quadruple witching week tendencies.
Game plan: 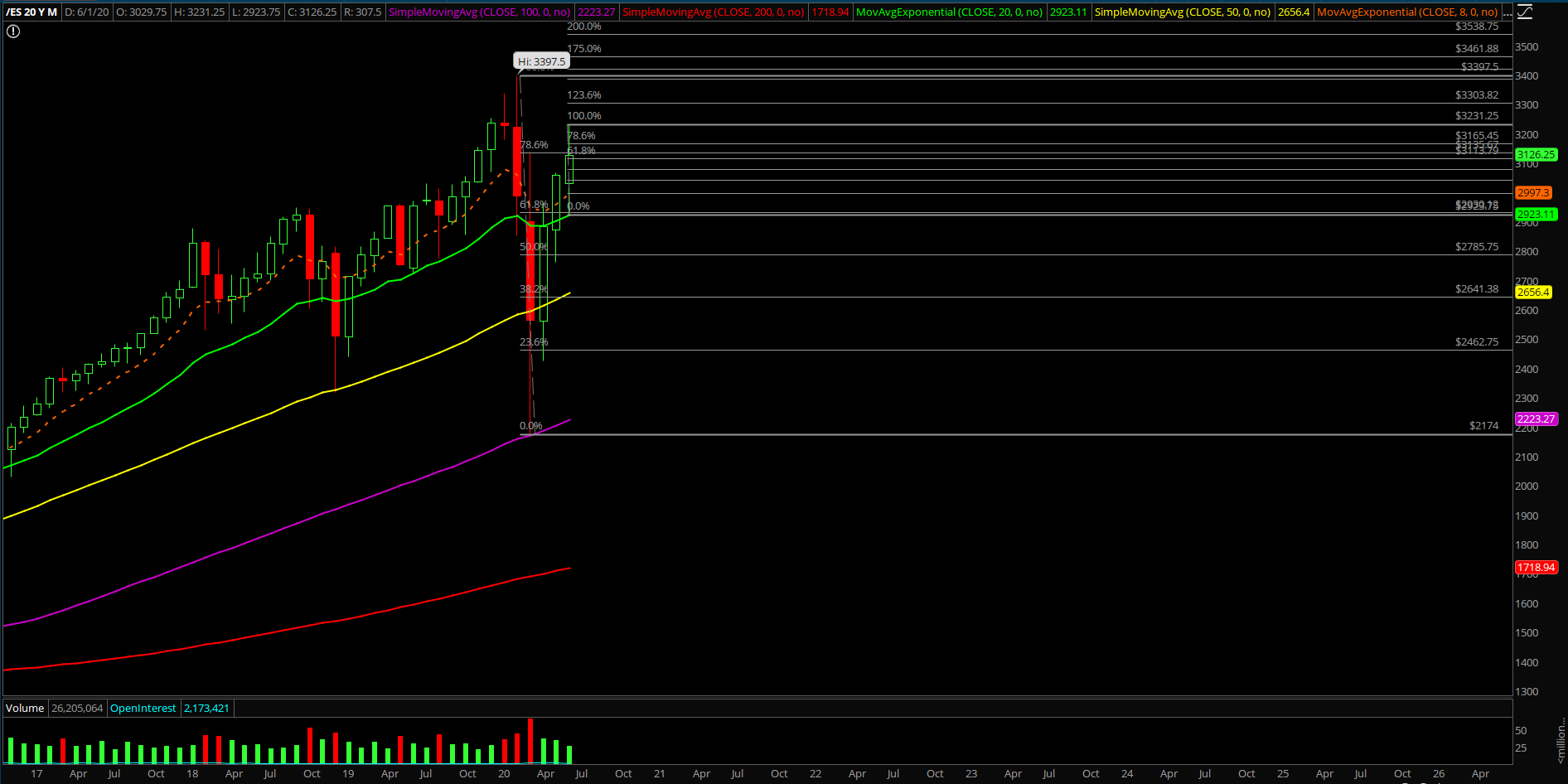 COVID-19 Update: Dr. Fauci Says the Us Has the World’s Worst Outbreak
2 hours ago

CVS Gets a Healthy Boost to Earnings
6 hours ago