So Many Deals, So Little Time 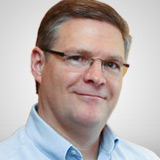 Apart from you-know-what, 2020 will be remembered as the year nobody could agree on anything. In keeping with the theme, OPEC oil ministers failed to decide production cuts at a warmup meeting on Sunday, states Ian Murphy of MurphyTrading.com.

The official shindig started yesterday, and non-OPEC members join today. In Washington, Congress can’t agree on a stimulus package or funding the government before a December 11 shut down. On this side of the pond, Whitehall continues to trash the Eurocrats over fish quotas and level playing fields. 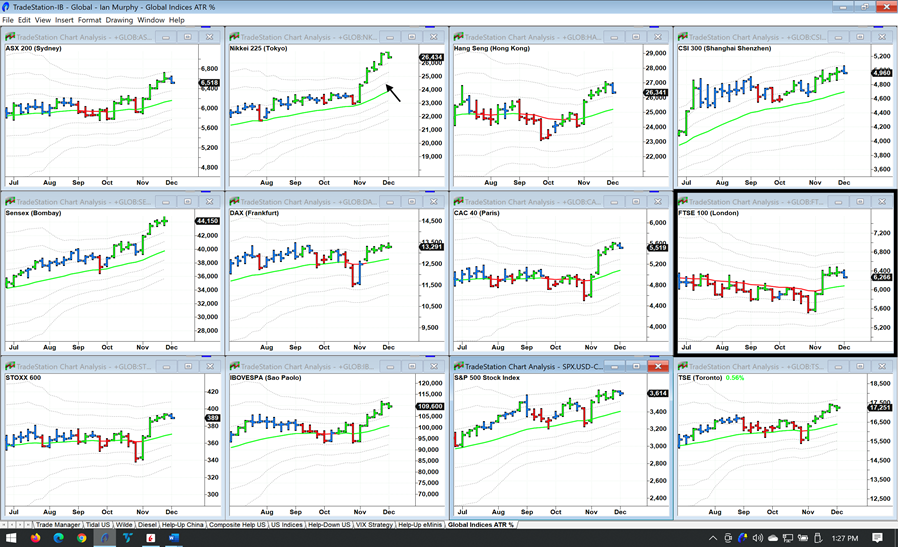 In contrast, market participants have agreed the easiest path for global equities is up. Reports of retail traders swamping big-name stocks and crashing trading platforms again this month confirmed the bull frenzy was on. Every leading stock market index in the world closed the month of November above the 1ATR line on a weekly chart (highlighted on Nikkei 225). This is the level where I define a technical bull market.

The one exception is the FTSE100 in London (black box). It barely held the bullish sentiment for the past two weeks and there was no follow through on the vaccine bounce, as the index closed back in the neutral zone Monday. 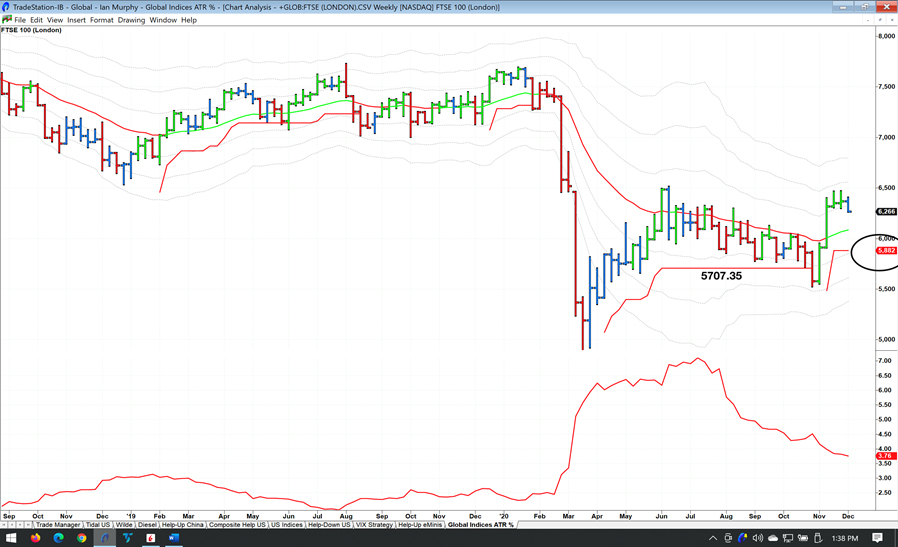 On closer examination, we also notice the index is not making substantial upwards progress when measured from the lows. Look at the quarterly trailing stops (red lines). The stop closed just 3% higher Monday than the level where it flatlined in June—not a good omen. 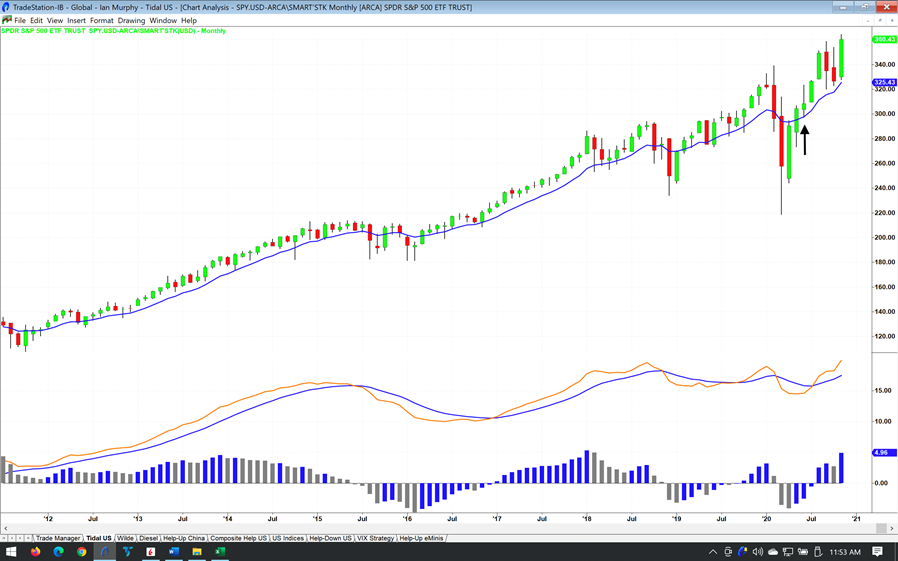 This long-term monthly-trend-following strategy is a form of technical investing because it is closer to that end of the spectrum, but fundamentals are ignored. Technical signals define the entry and exit triggers and they are executed on the last trading day of the month. The current trigger is up 16.8% since the aggressive entry on June 30 (black arrow) and yesterday was decision day for the November price bar.

The decision was simple and quick, stay long and review on December 30.

Every so often oil producers gather and agree to cut output to support prices. In any other sphere such a practice might be called market manipulation and subject to sanction by competition authorities. But oil output “agreements” tend to be regarded as aspirational more than anything else and agreement breakers nearly always ensure free-market economics prevail.

In the October mid-month review (black arrow), I wrote, “Another possible walk on the Wilde side is the energy sector. The US-listed ETF, which tracks the industry (XLE) appears to be forming a bottom as the impulse bars turn from red to blue.” 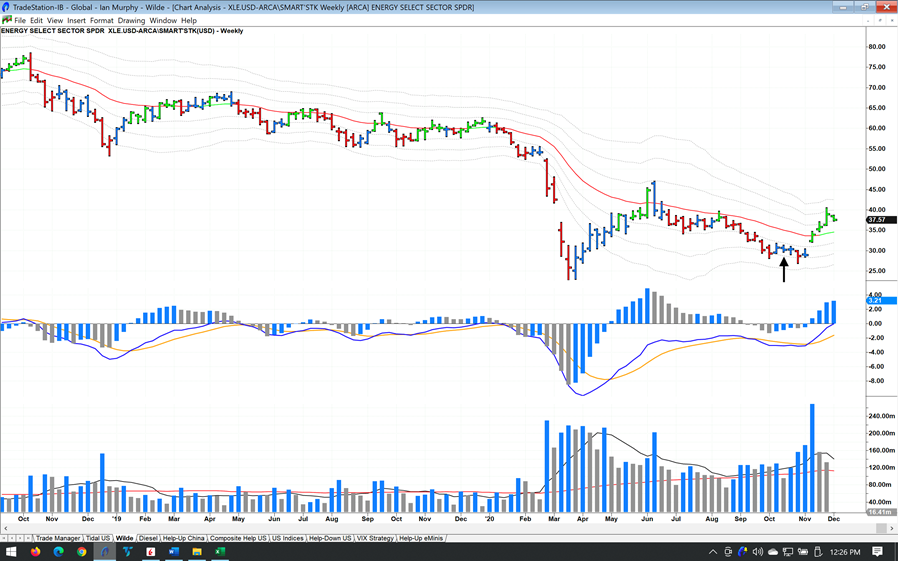 The ETF is up 34% since then and is currently testing bullish support at the 1ATR line. Last week was the first time this instrument closed above that level since June 2018. I would like to see a higher low pattern confirmed on this week’s bar. 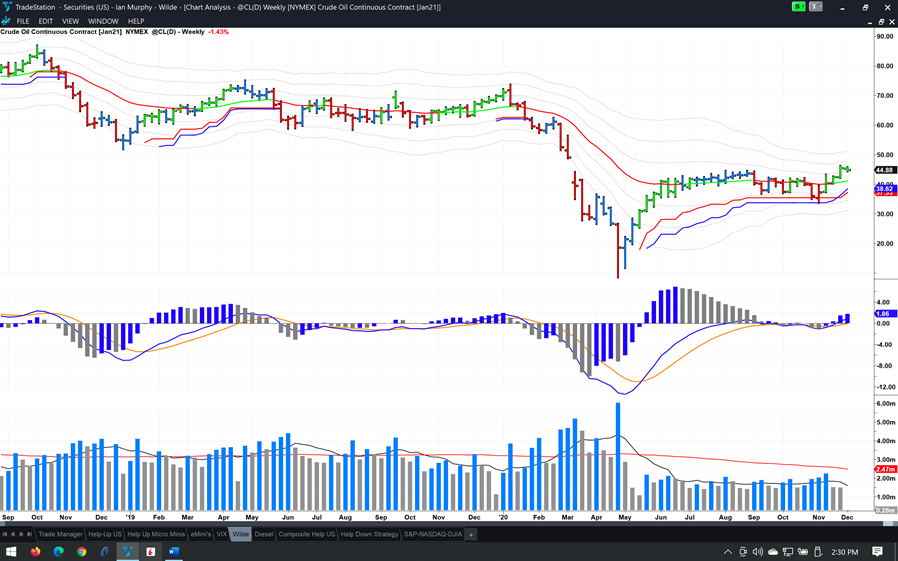 On oil futures (CL), a similar pattern is unfolding but without the gaps—$44.48 is the bullish threshold here. 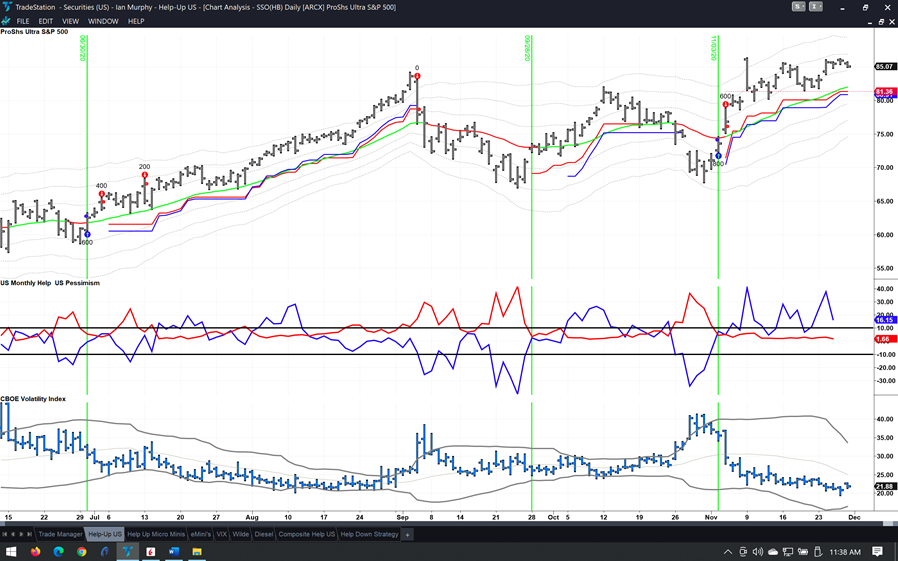 Trades like this are why I love trend following. The quarterly trailing stop on the geared ETF (SSO) was moved up to $81.36 before the open yesterday. 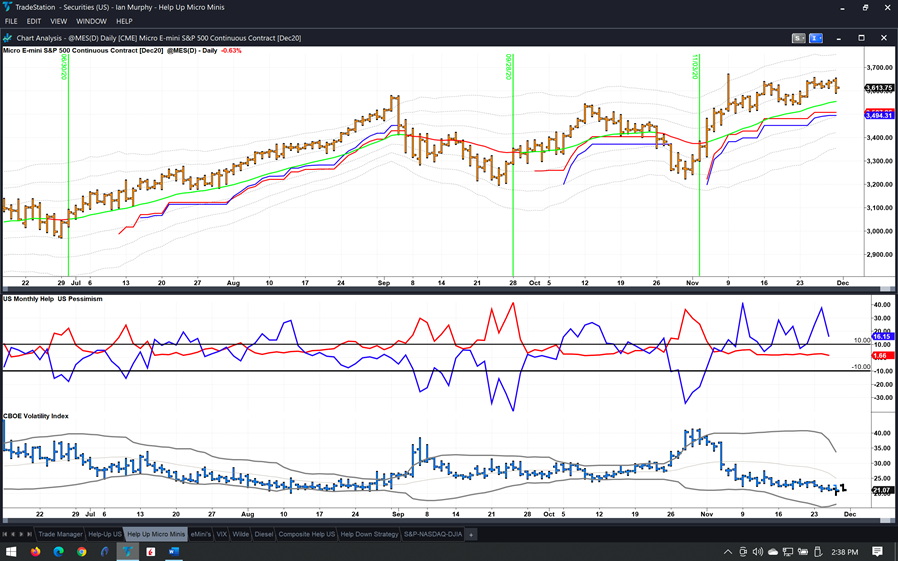 As you would expect, the same trade on Micro E-Minis paints a similar picture with the stops locking in profits in incremental steps.

This strategy is steady, boring, and highly profitable! There is nothing else to do apart from sitting back and moving up the stop each evening.

As we embark on a new year, let’s hope it’ll be better than last year. We think it will....