Unlike the US, Growers in the Rest of the World Responds Positively to Higher Prices 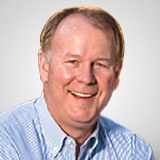 As always, the month of March and the first quarter ended with the USDA’s release of their March 1 stocks report and their spring planting intentions report, says Chad Burlet of Third Street Ag Investments, LLC.

These reports often have the potential to dramatically disrupt conventional wisdom and today’s report did not disappoint. For the past several years the stocks numbers have provided the biggest surprise, but today it was the acreage estimates that rocked the market. Both corn and soybeans came in well below the average of the analysts’ estimates. An overwhelming majority expected the two major row crops to combine for 183-184 million acres (MA), with several making the case for 185+. Today’s total was 178.7 MA and the result was an 80-cent rally in soybean futures and a 40-cent rally in corn futures.

We find ourselves skeptical of these estimates. Today’s total for the 20 principal crops was 316.1 MA, which is three million less than last March. Prices are far higher and planting conditions are far better. Also, crop insurance prices guarantee profitability. It makes no sense that farmers would look to plant less than they were planning to plant a year ago. In addition, weather forecasts are favorable for an early start of planting, which usually leads to increased acres.

Unlike corn and soybeans, wheat acres came in 1.4 MA above analysts’ estimate. Clearly the solution to the corn problem is to feed massive quantities of wheat and the market is configured to do exactly that. Although the charts won’t reflect it because corn futures were locked up the limit, May corn futures are now priced above May Kansas City wheat futures. It’s a very rare configuration. This happened in 2012-13 when corn was over $7 and prior to that we have to go back to the 1970’s to see it again.

The velocity of the move between Kansas City Wheat and Chicago Corn has been incredible. On March 3rd Kansas City was 91 cents over corn. The participants in the cash markets are moving with similar urgency. Hard Red Wheat (HRW) started shipping to the Texas feedlots last week and contracts have been booked out through the fall.

Unlike the US, growers in the rest of the world are responding positively to these higher prices. Last week the International Grains Council (IGC) gave us their updated global estimate of new crop production. Relative to last year they have corn production up 54 million metric tons (MMT), wheat up 26 MMT, and soybeans up 22 MMT, a combined increase of 102 MMT.

We’ve commented previously about how China is using food grains to help them deal with their feed-grain shortage. They’ve already auctioned 42 MMT of wheat and 9 MMT of rice that is specifically earmarked for feed channels. The US is taking a page out of their playbook, but it’s the free market that is making it happen. The USDA estimates that the world is feeding a record 153 MMT of wheat this year, but they may be low. Countries all over the world are replacing corn cargoes with feed wheat cargoes as their price approaches even money. Wheat has a higher protein content than corn, which allows feeders to use less soybean meal.

In closing, we want to make a couple of observations about the Biden Administration. Politics are always an important variable in agricultural markets and now is no exception. The first observation is that their Green Agenda has them favoring renewable fuels over carbon-based fuels. This has helped ethanol producers return to profitability despite reduced driving. It is also encouraging investments in renewable diesel, which has already helped move prices of all world vegoils 20-40% higher.

The second observation also relates to their Green Agenda. Ag Secretary Vilsack observed that there are currently only 21.8 MA in the Conservations Reserve Program (CRP) and that he has statutory authority to take that up to 25 MA. He also said he may look to expand that further in the future. The Administration clearly sees this as a path to a cleaner environment. Unfortunately, they will only succeed in pushing production overseas where farm practices are not as regulated and where additional forests will be cleared.