Generating Income in the ZIRP Era

In a few short hours, the Federal Reserve will announce the results of its latest policy meeting. But there’s no need to hold your breath in anticipation, asserts Mike Larson, editor of Safe Money Report.

And that’s the problem...at least from an income investor’s perspective. It’s precisely this “zero interest rate policy,” or “ZIRP,” approach that’s starving them of yield. Bleeding their income streams dry. Month in, month out.

Moreover, the Fed is doing this at a time when inflationary pressures are building. So, not only are you earning less nominal yield; you’re actually losing ground in real, inflation-adjusted terms.

What do I mean? Well, take a look at the chart below. It shows the yield on 10-year Treasury Inflation Protected Securities, or TIPS. 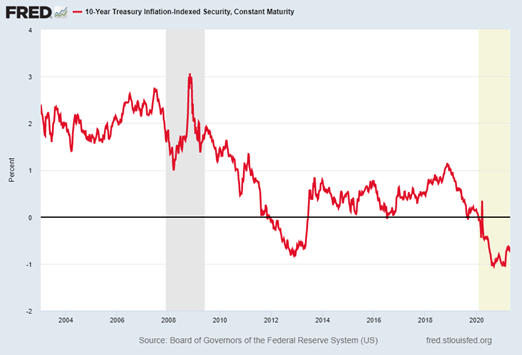 There’s an easy way to think about what it shows: When it’s in positive territory, you’re staying ahead of inflation. You’re slowly growing your nest egg.

When it’s in negative territory, you’re not. You’re earning so little yield in nominal terms that you’re actually losing ground after taking inflation into account.

And you can see we’re stuck around negative 0.75% to negative 1% and have been for a long time. This is the most deeply and consistently that real yields have been negative since the data series started more than 18 years ago.

Other ways to compute real yields show the same result: The Fed is doing all it can to suppress the income you earn! It’s doing so to essentially force you to increase your risk just to stay ahead of inflation.

But that has powerful side effects. Some are positive, at least if you’re invested in the right assets. Cryptocurrencies and precious metals have done very well over the last several quarters, in part because of negative real yields.

But it also has negative effects. Just look at real estate, which has gone bonkers lately. The median price of an existing home skyrocketed more than 17% year over year in March to $321,900.

Not only was that more than double the appreciation rate a year earlier. It was also the biggest gain on record, eclipsing even the madcap gains we saw during the early 2000s housing bubble. As a result, home shoppers are being left out in the cold. 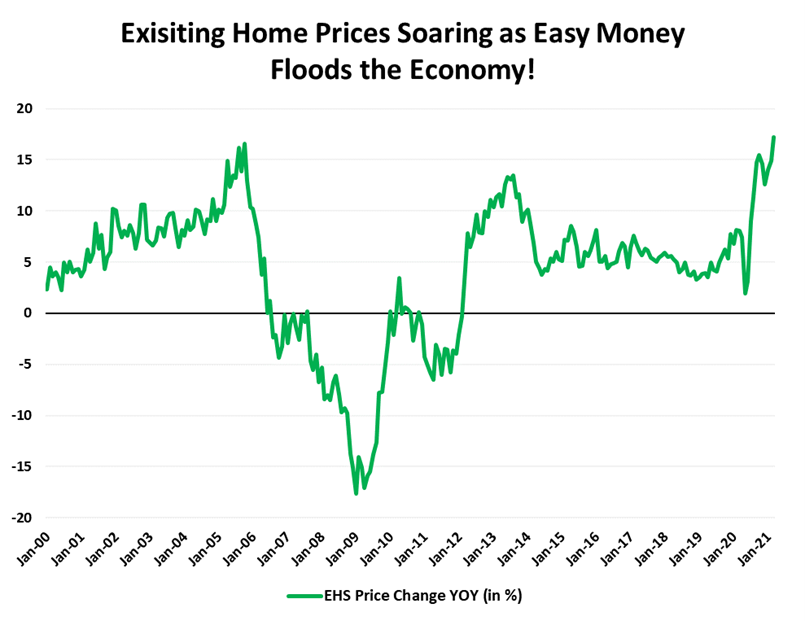 In this environment, you need to have an income-generation plan, an approach that can help you stay ahead of the Fed and negative yields.

In fact, I talked about current central bank policy with Dr. Martin Weiss and my colleague Sean Brodrick in a recent MoneyShow presentation.

It’s about 40 minutes long and packed with useful information on how to survive this monetary madness…and profit in the process.