For some time, everything ‘retro’ from the 80s—such as synthesizer pop and square G-Shock watches—have been back in vogue, so it’s only fitting 80s style inflation is back too, states Ian Murphy of MurphyTrading.com.

CPI in the US notched an annualized rate of 7% this week, the highest since 1982. Market watchers are flagging four interest rate increases this year of 0.25% each beginning at the Fed meeting in March, and bearish technical patterns continue to accumulate. 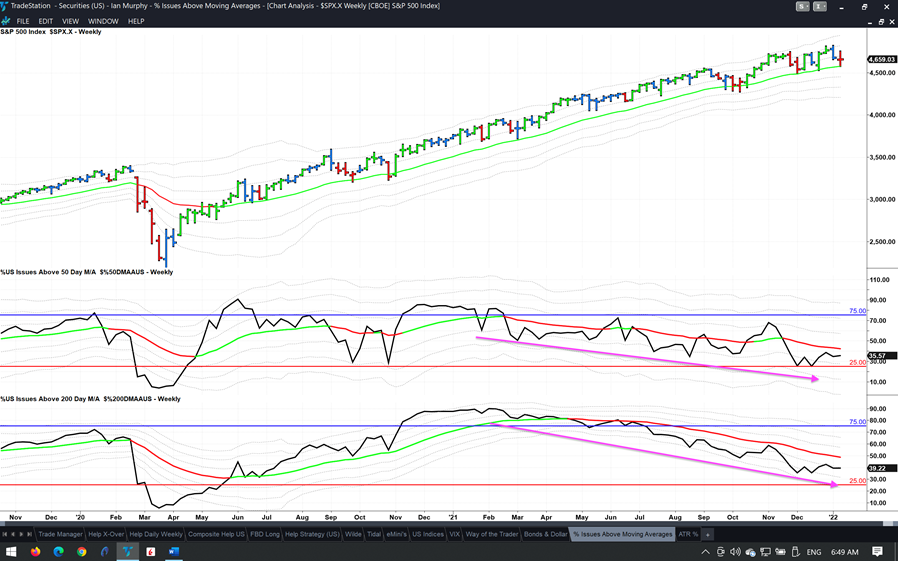 The percentage of all US stocks trading above their 200 and 50-day moving averages on a weekly chart continues to decline, most notably on the 200-day. The longer this goes on, the possibility of long trades in individual stocks becoming profitable is reducing. Eventually, just a handful of stocks remain bullish and when/if these turn to the downside also, things can get ugly. 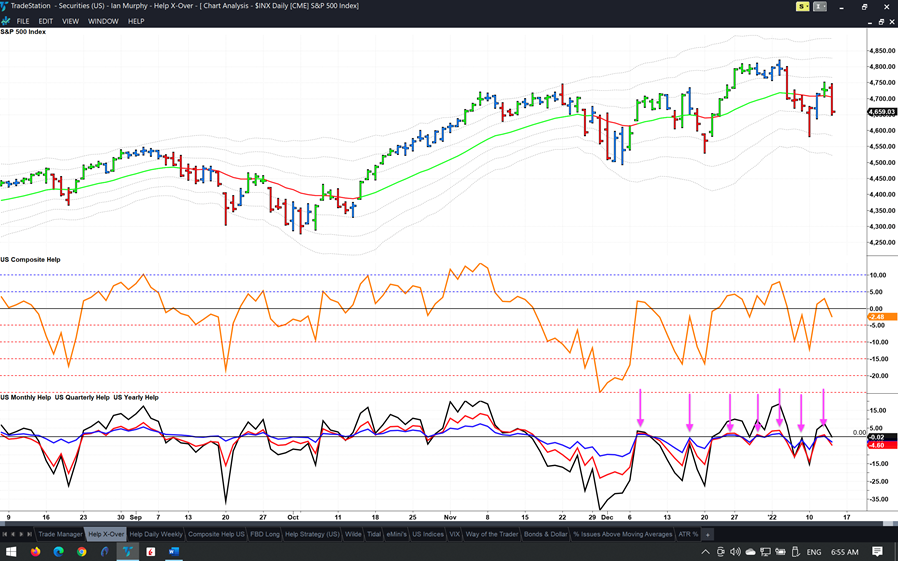 Drilling down into those stocks, we notice the percentage of stocks making new yearly highs is less and new yearly lows (blue line) have failed to establish a meaningful hold above zero after seven attempts during the recent rally—another long-term bearish signal under the surface.

Heading into the weekend, I’ve closed out all my long daily swing trade positions, two were profitable, two broke even, and two incurred a small loss.