Three Things Will Dominate the Market Agenda in December

With the Thanksgiving holiday behind us and Cyber Monday in full swing, it’s time to look ahead to the final trading month in 2022, writes Ian Murphy of MurphyTrading.com.

As it stands, three things will dominate the market agenda in December: protests in China, US interest rates, and falling oil prices. Authorities in China are facing unprecedented levels of public protest and part of the solution may involve mRNA vaccines which China has been unable to produce domestically. This may present a trading opportunity which I will discuss in the Monthly Newsletter during the week.

The US nonfarm payrolls report is due on Friday and as mentioned recently bad news on the jobs front would be good news for the market because the Fed may hike rates by 0.5% if job growth is seen to be slowing. If job numbers come in strong all bets are off, and 0.75% is on.

As for oil, apparently, an agreement has been reached for Chevron to start selling Venezuelan crude. The fact that the bête noire of Latin America may be returning to the fold and the announcement came in the middle of the World Cup when most of Latin America is glued to their TVs brought a wry smile to my face. 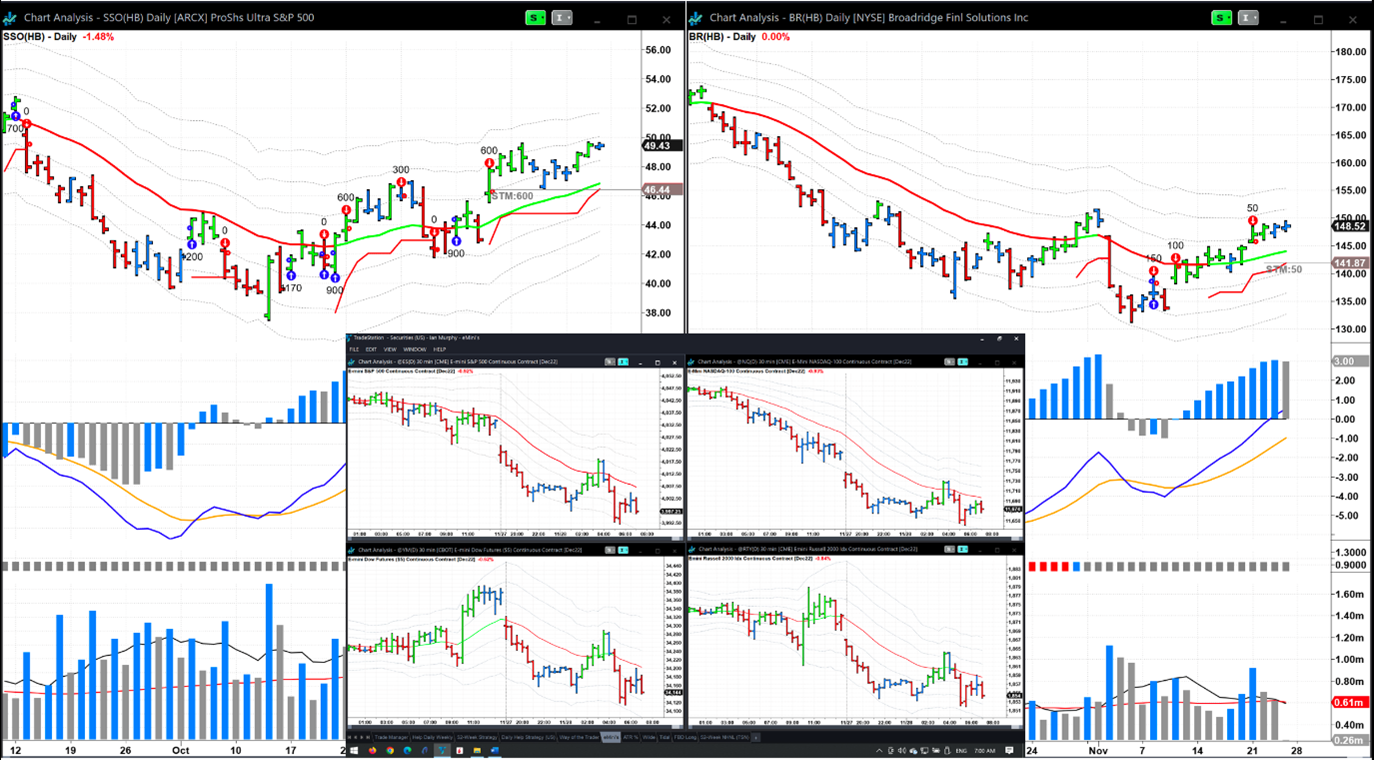 Two and a half hours before the open in the US, futures are off by an average of 0.83% (insert chart) while the Help trigger ProShares Ultra S&P500 2x Shares (SSO) and Broadridge Financial Solutions (BR) have been chugging slowly upwards.