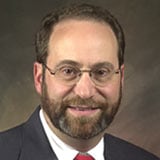 Traders have been more focused on fast-growing currencies in the Asia-Pacific region, says Stanley Dash, who imparts some tips for trading these volatile and news-driven currencies.

Stanley Dash is my guest. Stanley, there’s a lot of activity in the foreign exchange arena. Let’s talk about it.

We’ve certainly seen a lot of expansion in the forex markets. We’ve seen a lot of interest not only in the major pairs, which most people will be familiar with tracking the British pound and the Euro, but there’s a lot more attention to the Asian pairs as well with the importance of the economies in the Pacific.

What type of developments are you seeing out in the Pacific?

Well, we’re seeing more attention paid to those Pacific-based pairs involving New Zealand, Australia, Japan, of course, but even involving the Hong Kong currency. People are really interested in the globalization. Of course, we hear that word quite a bit, but for traders who track forex markets, you see it tick by tick every day.

See related: How to Trade the Hong Kong Dollar

We hear a lot about China and the yuan and how it is being manipulated. Does that affect foreign exchange trading at all?

You know, as a trader, we’re not trading it. So we have to pay attention, of course, to what policies are being made in China, or pay attention to their concerns about inflation and the rate of growth in China, but really we’re seeing what happens to their neighbors as an offshoot of policies in China because it would have a big impact on Australia and Japan.

When you talk about Australia and New Zealand, we’re looking at commodity currencies. How is the commodity market affecting those currencies?

We tend to think of the global nature of the economic problems in the last few years, but not every economy has been affected the same way. Some of those economies have been quite successful, and in part because of commodity prices, as you suggested.

NEXT: Key Factors Driving the US Dollar

Of course New Zealand went through a terrible, terrible, earthquake and then storms, all sorts of natural disasters. Have we recovered from that?

Yeah, we seem to be getting past that at this point. Of course, I don’t want to minimize the importance of the personal losses there (and in Japan) and what people had to go through in their lives, but from an economic point of view, that still has to work through a little bit. We’re seeing the effects here.

If anyone thought that the economies weren’t as tied together…

They bought the decoupling idea.

Yeah, you certainly see that when you talk about companies like the automobile companies and technology companies that were very much involved with both the US and Japanese economies.

Let’s talk about the dollar now, bringing it home.

It’s interesting. We were having some discussions recently about interest rates, and we were wondering if changes in interest rates here—if and when they eventually happen—might be prompted by the need to hold the dollar up a little bit.

Along with this interest rate policy that we’re seeing here in the US, do you see any hope for dollar strength maintaining itself?

I think you’re probably going to start to see some turn. We’ve certainly had some rough numbers come out about the US economy lately. Our main concern is that that we are all productive and that there’s a healthy US economy. At some point, the Fed will have to step in, and maybe that’s the thing that begins to rally the dollar more significantly when the Fed does start to raise rates.

As I mentioned, we were having a little discussion about that and taking a look at the Fed funds futures and trying to get a little forward thinking about what the market thinks about interest rate increases.

And what do they think?

Well the last time we were discussing this and I was looking at the Fed funds futures prices going out, they’re really not pricing in an increase in interest rates from the Fed until at least the first quarter of next year (2012).

Every time weak numbers come out, that seems to get pushed a little bit further. We read the market every day, so what I’m saying now could certainly change, but that’s why we read the markets every day.