Bonds: The “Trade of the Decade” 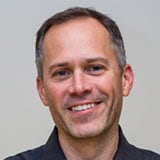 The euro debt crisis has forced assets to pour into safe havens like bonds, says John Carter, but it’s the unwinding of the bond bubble that could create the trade of a lifetime.

The wild and wacky world of the euro! I’m with John Carter, and we’re going to talk about what’s happening with the euro and what we can do about it as traders.

Yeah, the thing with the euro is that it’s going to be news driven almost every day.

The thing about it is that the market is extremely efficient about pricing this stuff in. The euro got slammed, but it has been on the rebound a little bit. The question is, over the course of, say, the rest of 2012 and in 2013, how much of an issue is this going to be?

I’m looking for the euro and the dollar to continue to get a little bit closer together during this crisis, and that means through 2012 and into 2013.

When there’s a sea of liquidity out there, believe it or not, that is a crisis, because it has to find a home into assets.

So even though we’ve got deflation in some parts of the economy, there’s asset inflation in terms of what’s going on in oil—and even gold and silver, which is justified, in that case—but bonds especially.

Bonds right now is the biggest bubble that’s out there, and the net result of this European crisis is that at some point, as it starts to actually get resolved, the bull market is going to crater in the US, and that’s going to start driving up long-term interest rates.

And you also have Japan and you have government intervention everywhere, which seems to be skewing most of what’s going on, right?

We’d have a whole different problem if the government wasn’t involved.

Yes, that would be a whole different set of issues.