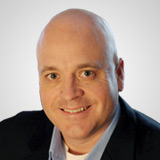 E-mini trader Matt Brown talks about how you can use the power of Fibonacci and divergences to find great trade set-ups.

I’m here with Matt Brown, and we’re talking about Fibonacci; it’s a hugely popular methodology for charting markets all over the world.  People talk about it all the time.  You give a presentation commonly called Unleashing the Power of Divergences with Fibonacci. Can you give me a little taste of what that’s all about?

Basically what this presentation is about is to teach people that divergences in and of themselves are powerful, but not the whole answer.  Fibonacci’s all about themselves, but if you can combine the two, and I show you a way that I do that, I basically am giving traders a very simplistic system where they can look at two very powerful, on their own right, systems, put them together, and how they can have a very high probability one-two punch for success.

Well, they happen at the same time, and what I do in my technique is I look at this on a higher timeframe chart.

I was going to ask you that next, that’s great.

And when I say higher timeframe, it’s probably not a high timeframe compared…

I’m a day trader, so it’s actually a 3200 tick chart…it’s based on the number of trades in the market.

So, what I do is you can see the divergence setting up as a potential divergence well in advance, so when you see that divergence setting up, you then look for that swing retracement to see if it lines up with one of our key levels that I teach in our course, and then if that’s happening at the same time, depending on how that sets up; the numbers spacing between bars, I give very specific rules, you know exactly how many points to go for and what your probability of success is with that trade, and then you can use any type of trigger to actually get in on a smaller timeframe after the fact.

So, once you do that, the entry doesn’t matter so much because you’ve identified the potential for the move in advance.

Yeah, everything is done in advance, so you’re not sitting there scrambling at the last minute.  It’s like watching a tanker turn in the ocean; you can see it coming from a mile away, but then when you see it and it’s identified we go in there with our speed boat, take the entry on a smaller timeframe, and execute the trade.

This brings to mind this other conversation that goes on in the world of trading about the difference or the importance of a high probability system with a high win percentage versus a system with a great reward to risk ratio.  Would you say that your type of style of trading is more high probability trading or a better risk to reward trading, or are you trying to do both?

I want to tell all the traders out there; don’t go on win percentage alone.  You really want to look at expectancy, so it’s a combination of the trade setting up, the percentage behind it, the probability of that happening, and then the money management, which is most key, and that’s where most people screw up.  You want a reward to risk ratio; if you’re 70% probability, you better have a one-to-one reward risk ratio, so at worst case, you’re batting seven out of ten.  Anything above that, if you can go to two-to-one, three-to-one, four-to-one…on your risk to rewards, so your profit target versus your stop, now you’ve taken that 70% and taken your expectancy up exponentially, so I think it’s a combination, you need both, but there are also trading systems out there that are less than 50% that do quite well.