Rare Earth and the Advance of Technology 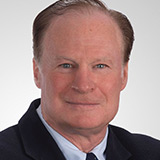 Like yeast in bread, they are required in small quantities in all sorts of products, from cell phones to advanced weapons systems, aircraft engines, robots and hybrid batteries.

At least a dozen of them power your cell phone. They are essential in emerging technologies such as robots, lasers, night vision applications, advanced drones and missiles, radar, and aircraft engine turbines.

In clean energy, rare metals and rare earths are widely used in wind turbine motors and as a key ingredient in large grid electricity storage used by utilities.

Rare earth elements are very difficult, time consuming and expensive to extract and process. In addition, the refining of rare earths and many rare metals is unfriendly to the environment. It would be very difficult to get a permit to produce them in America.

Since the 1990s, China has become the Saudi Arabia of rare earths as the country’s favorable geology, low-cost labor and lax environmental standards allowed it to produce about 85% the world’s production.

After a long period of weak pricing and being off the front page, rare earths are now back in the news with prices and headlines on an upward trajectory.

VanEck Vectors Rare Earth/Strategic Metals (REMX) is an ETF launched in 2010. It is fairly concentrated with 21 holdings; the top 10 holdings represent 61% of assets and more than half of the holdings are Chinese companies.

The exchange-traded fund surged 82% in 2017, pulled back 45% in 2018 — returning to its 2017 low, and now it is in an uptrend again. The electric vehicle revolution alone could power this ETF forward but the U.S.-China trade conflict could really launch this recommendation into space.

Forced into a corner, China could cut back on the amount of rare earths it allows into global markets, specifically to American or Japanese companies. This would send REMX soaring. The ETF is also a great hedge on U.S.-China rising tensions and political risk. This is an excellent time to begin building a limited position in this ETF.