IBM: The Right Timing for its New CEO 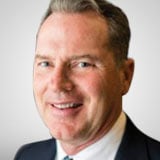 In hindsight, the timing of the leadership transition could not have been better. Within weeks of the announcement on January 31, the coronavirus pandemic resulted in a huge shift towards online commerce.

Krishna is the IBM executive who oversaw its $34 billion acquisition of cloud services provider Red Hat last year, making him the ideal person to leverage the potential synergies created by the sudden increase in demand for mobile and remote technologies.

Apparently, it did not take long for Krishna to capitalize on that opportunity. During the second quarter, revenue from IBM’s cloud services unit jumped 30% to $6.3 billion.

And since that business has wider profit margins than the company’s other operating divisions, IBM reported better than expected earnings per share (EPS) of $2.18 versus the Wall Street estimate of $2.07.

Krishna also delivered better than expected total revenue, coming in at $18.1 billion for the quarter compared to the estimate of $17.7 billion. That is still 5% less than the previous quarter, but IBM is intentionally decreasing its exposure to its less profitable legacy businesses to focus on the cloud. Currently, more than 30% of IBM’s sales are cloud-related, a figure it would like to push closer to 50% over the next few years. 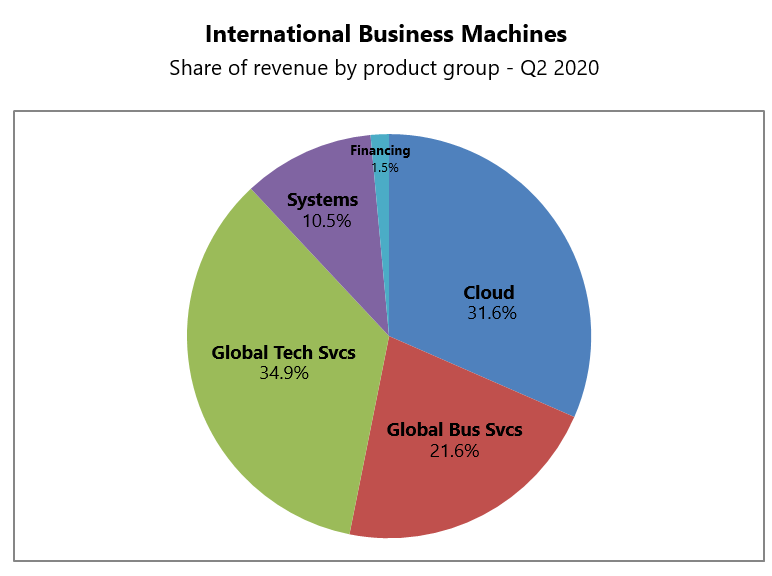 Despite the recent momentum in its highest margin business, IBM opted not to provide guidance for the remainder of the year. That is understandable given how uncertain the outlook for the economy is until COVID-19 has been contained.

The “home run” scenario for IBM over the remainder of this year is for the recent trend in cloud revenue growth to continue at its current pace while sales from its Global Business and Global Technology Services units rebound to their former levels.

If that happens, IBM could see its share price rally back above $150 where it was trading in February before the stock market hit the skids. In fact, IBM could appreciate 25% if its forward price to earnings ratio rises from 12 to 15, which is the multiple Wall Street assigned to the stock prior to the coronavirus pandemic.

That is in addition to IBM’s forward annual dividend yield of 5.2%, which appears safe given the company’s strong cash flow.

To be sure, IBM still carries a lot of baggage due to its inability to shake the misperception that it’s a relic of a bygone era when large computer mainframes were its primary source of revenue. In fact, sales from IBM’s Systems Hardware and Operating Systems Software division accounted for only $1.9 billion of its $18.1 billion in total revenue.

At this point, IBM appears to have turned a corner with respect to its future revenue streams. With Krishna at the helm and the world becoming increasingly reliant on cloud computing, I believe the next couple of years could see a marked improvement in the company’s profitability. I am raising the buy limit on IBM to $140.