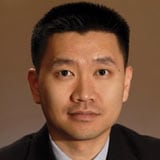 While COVID-19 has wreaked economic and financial havoc on many businesses, it has actually bolstered the fortunes of some — such as our latest recommendation, Sprouts Farmers Markets, Inc. (SFM), explains growth stock expert Taesik Yoon, editor of Forbes Investor.

Among the biggest beneficiaries are food retailers like Sprouts Farmers Market, an operator of health-centric and organically focused grocery stores in the U.S.

The company has seen such a huge demand surge from the sharp rise in at-home food consumption due to the pandemic that earnings over just the first six months of the year have already exceeded what the company had initially hoped to achieve for all of 2020.

SFM operates more than 350 grocery stores in 23 states from coast to coast, which specialize in providing affordable, fresh, natural and organic products that promote healthy living for its shoppers.

True to its farmers market heritage, the company is known for pioneering its unique grocery model that offers a welcoming store layout featuring fresh produce at the center of the store surrounded by a complete selection of groceries, an expansive bulk foods section and a vitamin department focused on overall wellness.

Its stores also stock a unique assortment of healthier products with special attributes — such as plant-based, gluten-free, keto-friendly and grass-fed — to meet the growing and diverse needs of today’s consumer.

While most companies have struggled to cope with the economic fallout from the pandemic, the opposite has been true for SFM. Indeed, spurred by Americans stocking up on food and other essentials ahead of the mandatory “stay-at-home” orders issued by numerous states to slow the spread of the contagion, its stores saw a huge spike in demand early on.

Further supported by the rise in the number of meals being consumed at home, restaurant closures and the decision by many companies to allow their employees to work from home as a result of the lockdowns, SFM’s comparable store sales climbed 9.9% year-over-year in the first half of 2020.

Yet while there’s no denying 2020 represents an unusually strong year that will be tough to repeat, we believe the more lasting impact from some of the key factors driving this exceptional growth is likely to continue contributing to better-than-expected operating results in the periods ahead. Thus, we view the recent sell-off in SFM’s shares as shortsighted and think they’ll soon be back on the rise.

It’s no secret that a popular sector to watch as the holiday season approaches is retail. And ...

The pandemic has decimated earnings for all sorts of travel businesses; and then there's Vail Resort...

Smart security, which allows individuals and business to secure their property and possessions from ...