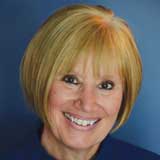 In 1849, John Boot opened the first Boots store in the UK selling herbal remedies; on the other side of the Atlantic, in 1901, Charles Walgreen, Sr. purchased a Chicago drugstore, notes Ingrid Hendershot, value-oriented money manager and editor of Hendershot Investments.

In 2014, the two iconic firms combined; Walgreens Boots Alliance (WBA); the new company boasts more than 18,000 stores in 25 countries. The firm generates robust cash flows. Over the past five years, the company has produced more than $27 billion in free cash flow.

The company has returned most of the cash to shareholders over the same period through $8 billion in dividends and nearly $17 billion in share repurchases. Fiscal year-to-date, free cash flow increased an additional 24% to $2.4 billion.

During the first nine months of this fiscal year, Walgreens paid $1.3 billion in dividends and repurchased $1.4 billion of its common stock. Walgreens has suspended its share buyback program for the time being.

At the same time, the company increased its dividend 2.2% to an annual rate of $1.87 per share, which marks the 45th consecutive year of dividend increases and the 87th year a dividend has been paid. The dividend currently yields a healthy 4.8%.

Fiscal third quarter sales were significantly impacted by the COVID-19 pandemic stay-at-home orders, especially in the United Kingdom. The Boots UK stores had a dramatic 85% reduction in foot traffic.

Globally, pharmacy volume was impacted by a drop in doctor visits and hospital patient admissions. The company is accelerating investments in key strategic priorities such as restructuring retail offerings, creating neighborhood health destinations and driving cost transformations and digitalization.

More robust sales growth is expected in the United States, although retail margins are expected to remain compressed. Despite significant current challenges, Walgreens is expected to come out of the crisis in a strong position with a path set for long-term sustainable growth.

Long-term investors seeking a profitable prescription should consider Walgreens Boots Alliance, a high quality market leader with robust cash flows, an attractive valuation and a healthy dividend which should continue to grow. I rate the stock a "buy".