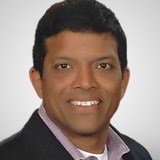 Intel Corporation (INTC) — which grew rapidly during the dot-com boom — is an "old tech" company in some people’s opinions, observes Prakash Kolli, editor of Dividend Power.

But the company continued to evolve and became the dominant player in chips for PCs, servers, and data centers. The acquisition of Mobileye may make Intel a market leader in autonomous and assisted driving systems.

Currently, the market is not expecting much from Intel and is assigning it a low earnings multiple due to greater competition and challenges for implementing 7 nm technology. Intel is arguably undervalued.

Intel recently reported better than expected results for Q2 2020 results. Second quarter revenue was up about 20% and earnings per share was up 16% year-over-year.

The COVID-19 pandemic is driving PC and data center sales for Intel. Demand is high as virtual schooling is driving sales of laptops and notebooks for students at all ages. In some school districts the entire student population is being issued a computer.

On the data center side, strong server demand is benefitting Intel. The Data Center Group had a 43% gain in revenue and 72% gain in operating income in comparable quarters. Growth was broad based including cloud, enterprise, and communications.

It is likely that growth will slow some in the next few quarters, but demand will probably remain elevated as cloud-based platforms grow and 5G is rolled out.

Intel pays an annual forward dividend of $1.32 and is yielding approximately 2.6%. Both the payout ratios and free cash flow coverage are rock solid and provide a cushion in a cyclical industry.

Intel is very undervalued at the moment. The company is not really participating in the recent bull market for tech stocks. The stock is trading at about 10.7 times consensus 2020 earnings. This is well below the earnings multiple of the S&P 500, which is trading at nearly 29 times earnings.

Some of Intel’s undervaluation is likely due to increased competition from Advanced Micro Devices (AMD), Taiwan Semiconductor (TSM), and Nvidia (NVDA).

The latter announced a $40 billion acquisition of ARM. There is also some negative sentiment surrounding Intel due to delays in increasing the density of its chips and moving to 7 nm, and loss of the Apple (AAPL) computer business, which is moving to in-house chips.

That said, Intel is still the market leader in semiconductors. The stock price is still down about 13% year-to-date and trading where it was in early 2018. I view the stock has a long-term buy for dividend growth investors.