Benj Gallander is a value-oriented contrarian with nearly 40 years of market experience; the editor of Contra the Heard offers an update on Innodata (INOD), one of his long-standing holdings. (Editor's note: Benj is also a participant in the MoneyShow Canada Virtual Expo; register for free here.)

After hitting a low of 75 cents in March, Innodata started a gradual climb; it heated up in August, and really kicked into high gear by the end of September.

Subscribers noticed and emailed, basically asking, “What gives?” We did not know, so I put in a call to Jack Abuhoff, who has been the CEO of company since the late ‘90s.

It is fair to say that our cynicism over this company — which provides digital business and consulting services — has grown over the years. Yes, we made lots of money when the stock we purchased it in 2011 and sold the following year for $6.44. But the "buy" made in 2015 had done nothing but smell foul until the recent jump.

We have written regularly about how boring this stock has been, even though Jack constantly sounded excited about it on the conference calls, where “overpromise and underdeliver” was the recurring theme.

No surprise, then, that he was upbeat on our latest call. He acknowledged that, “things took longer than we thought it would to develop businesses, but we persevered through it.”

This year, 15 new customers have been acquired, whereas in the past Innodata was lucky to get any — and depended on repeat orders. 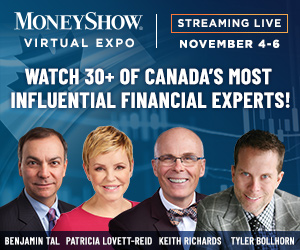 Growth is projected (with a little luck) to be 20 percent, and positive free cash flow is envisioned. After six straight years of red ink, a black bottom line is not being painted yet, because there will be costs associated with adding marketing staff.

Jack noted that the Agility division has been earning heaps of praise, particularly from g2.com, an aggregator of software reviews. And expectations are for Synodex to grow 30 percent a year.

A key for the company has been expansion into new markets. The company is making forays into the health care, financial and pharmaceutical sectors. Jack says that in January and February the firm was “on fire,” but COVID got in the way.

Conversely, things have been picking up more recently, and though he acknowledges that the virus could yet hurt future sales, he does not expect to be hit too hard.

One of our big hopes was that Innodata would be sold. When noise was being made about shedding an arm of the company, the prospect that someone might just offer to swallow the whole works seemed plausible.

Jack says there is no desire to divest now, and though he sees how some of his competitors could be combining — and soon — it is not an expectation for Innodata.

At this point, it is lovely to see the stock price sitting 250 percent above the 52-week bottom. This is the most excitement the stock has given us in the past five years. Our Initial Sell Target of $6.74 remains distant though.