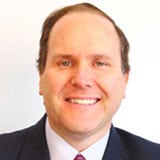 Netflix (NFLX) has risen from an ancillary business to which Hollywood would often unload rights for library content to become an industry powerhouse in its own right, explains Joseph Bonner, an analyst with Argus Research, a leading independent Wall Street research firm.

It is now competing with the traditional Hollywood studios for viewers and top industry talent, and, in essence, driving the future of entertainment. Netflix recognized early on that viewers were moving to digital platforms and that digital was moving to mobile.

Netflix was the first mover in this digital shift, introducing streaming video in 2007. The Hollywood studios subsequently launched their own digital streaming services, and as the market has matured, they have pulled their premium library content back from Netflix to drive subscribers to their own services.

However, Netflix management foresaw this development, producing its first original viewer hit with “House of Cards” in 2013. Since then, Netflix has continued to produce popular original content while also expanding globally, adding new subscribers, and strengthening its industry position.

The COVID-19 pandemic, which forced audiences to stay at home, further accelerated the trend toward digital streaming video.

Investors should be aware that NFLX shares could be a bumpy ride, and that risks abound on many fronts. First among these is the possible pull-forward of subscriber additions into 2020 from 1H21, which may have been a factor in the recent NFLX selloff.

NFLX shares are highly sensitive to subscriber addition metrics, and, in addition to tougher comps from any pull-forward, the company faces seasonal weakness in the second and third quarters. Of course, there may also be upside surprises.

In addition, while the other Hollywood studios have now launched their own streaming services, they all, with the exception of Disney, remain far behind Netflix. Short-form streaming video from the likes of Alphabet/Google’s YouTube, Facebook, and other digital social media services provides another strong competitive vector for Netflix.

Netflix is sticking to its strategy of attracting/retaining subscribers by ramping up premium original scripted content that appeals both to specific country markets and across international markets. It is also working to improve the “content discovery” process, iteratively making the subscriber viewing experience better.

Netflix has begun testing a new warning message to a limited number of subscribers who may be sharing a single Netflix login. Netflix is walking a fine line here, which may be the reason that the warning is just a limited test.

Our 2021 EPS estimate is $9.87 and our 2022 forecast is $12.88. Netflix has projected a 2021 operating margin of 20%, representing a 200-basis-point expansion from 2020. Management expects to increase operating margins by 300 basis points per year on average over the next few years, though the gains in individual years may vary.

Management has stressed that it will balance growth with profitability, i.e., by maintaining its global leadership in internet television while gradually increasing operating margins. Our long-term EPS growth rate estimate is 28%.

While valuation metrics for NFLX remain well above the peer average, they have improved with the recent selloff and in our view provide investors with an appropriate entry point

The shares have traded between $340 and $593 over the past year. While the shares are above the midpoint of that range, they are also well below their January 2021 highs.

NFLX’s forward enterprise value/EBITDA multiple of 33.1 is 124% above the peer average of 14.8 though significantly below the two-year historical premium of 159%. We are upgrading NFLX to "buy" with a target price of $650.