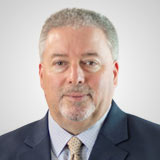 The term “bond” is often used synonymously with the term “fixed income,” and much of the time that is true. However, bonds are not required to have a fixed coupon rate. Rather, they may have a variable rate, explains Russell Swinton, contributing editor to Brian Kelly's MoneyLetter.

This type of bond is called a Floating Rate Note (FRN) and is a debt instrument with an interest rate that varies in conjunction with a benchmark. (The most common benchmarks are the Fed funds rate, LIBOR [London Interbank Offered Rate], or the prime rate.)

Typically, FRNs correspond to lower credit quality, thus higher income. The major benefit of FRNs is that they are less susceptible to interest rate risk. As a result, they benefit from added stability in a rising interest rate market (though they can still underperform).

Victory Floating Rate A (RSFLX) has a focus to provide a high level of current income by investing at least 80% of its net assets in floating rate loans and other variable instruments.

As is common with this type of issuance, the credit quality of the notes is generally below investment grade. In the most recent quarterly report on 3/31/21, Victory reports a strong majority of 63.5% in B quality holdings.

To evaluate the individual holdings, the investment team considers an issuer’s fundamentals such as their credit quality, management, capital structure, leverage, and outlook. With this, the RSFLX management team employs a strategy of identifying opportunities they believe to be mispriced and holding until they feel the risk outweighs the reward. The fund’s turnover is currently 54%.

As active managers they have been attentive to the rollout of vaccines in the US and have been managing around the opportunities that have come with the reopening.

PGIM Floating Rate Income Z (FRFZX), likewise, has a primary focus on current income and invests in below investment grade debt. As a secondary consideration, PGIM is attentive to capital appreciation. The fund had a significant 125% turnover in the year ending 2/28/21 (2017-2020 average was lower at 73.5%).

The fund managers at PGIM employ a tactical approach, using a combination of top-down economic analysis and bottom-up research in conjunction with proprietary quantitative models and risk management systems. The management team contends that investors looking for shelter from rising interest rates will continue to look at floating rate securities.

In distinguishing between Victory Floating Rate A and PGIM Floating Rate Income Z we will want to pay attention to the difference in holdings, risk, and returns of the choice.

We believe each of these funds has a role in the right portfolio. As investors we must determine what areas of opportunity we want to open ourselves up to, and what risks we want to defend against. Consider floating rate funds as a key diversifier as you navigate the waters over the rest of 2021.