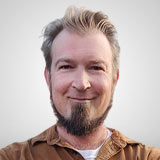 I’ve traveled the entire globe inspecting cannabis crops — from Canada to Colombia to Copenhagen. But despite the pot profits I’ve made in other countries, my travels have only brought me back to the biggest marijuana market in the world: the United States, asserts Jimmy Mengel, editor of The Crow's Nest.

I’m planting my money in the United States of America. All 50 states will soon legalize cannabis — unleashing billions of dollars and creating over a million jobs. With a stroke of the pen, America could have a booming new industry.

Prices are a steal right now, and as the wave of legalization starts, U.S. stocks are going to skyrocket. Here is a new one for us to add to our model portfolio.

Cresco Labs (CRLBF) — a recent addition to our model portfolio — is one of the largest multi-state, vertically integrated cannabis companies operating today. It controls the cultivation, manufacturing, extraction, and packaging practices. Pretty much every point in the seed-to-sales process.

More importantly, it is uniquely positioned in the United States, which is currently the largest market in the world, and like I mentioned above, will only increase exponentially from here.

Cresco Labs has one of the biggest footprints in the U.S. and is growing, with 11 operational states, 18 production facilities, 26 retail licenses and 20 owned dispensaries.

Its products are sold in over 700 dispensaries across the U.S. About 80% of the company’s sales for 2020 will come from Illinois, California, and Pennsylvania. The Illinois market is probably the most exciting right now. Cresco has just set up shop in the Chicago area.

Illinois’ adult-use cannabis market could reach up to $2.6 billion in annual revenue, according to a recent study.

I’m also bullish on its exposure to the Pennsylvania market — where they have more market share than any other company. It’s the fifth-largest state and could very well be on its way towards recreational legalization, in which case Cresco would be in a great position.

Cresco Labs also released record financial results for the first quarter ended March 31, 2021. Revenue of $178.4 million, was an increase of 9.9% quarter-over-quarter and 168.8% year-over-year.

Current assets were $381.7 million, including cash and cash equivalents of $255.5 million. In addition, Cresco had working capital of $105.1 million and term loan debt, net of issuance costs, of $187.9 million.