Coinbase: Welcome to the Cryptoeconomy 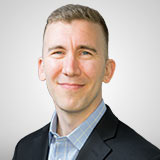 I personally found myself in this boat. I used Coinbase to buy my first Bitcoin (BTC) in February 2015. It cost me me $247.93, which even included $5 worth of BTC as a promotional credit. There was no fee for this upfront purchase.

I added a bit more along the way and then sold half of my Bitcoin stake 2 ½ years later in December 2017 at a price of $17,308. It funded my lifelong dream of buying a hot tub. In that sale, Coinbase charged me $128.94 — a 1.5% commission of the total selling transaction value.

While I’d love to claim to be a genius or clairvoyant, stumbling upon these Bitcoin gains came more from luck than from skill. My initial purchase was highly speculative, and it was heavily influenced by seeing auditoriums of people packing in to learn about Bitcoin at the SXSW conferences I’d attended.

With only a cursory understanding of how it worked — and certainly without any in-depth knowledge of distributed ledgers or consensus mechanisms — I decided the potential return was worth the risk. It was. And that hot tub has been amazing.

I’m sharing this personal story to demonstrate how that same “speculative trading” dynamic is making its way to the mass market with cryptocurrencies today.

Several speculative traders who have become disillusioned with meme stocks and Robinhood are turning to cryptocurrencies. The appeal of Bitcoin doubling in price between January and February is strong for those who need to scratch the short-term trading itch.

Coinbase’s fees have also gone up pretty significantly during these past 3 years. The platform now charges an average of 2% on the purchase and then also 2% on the sale of any cryptocurrencies on its platform.

With the prices of Bitcoin and Ethereum soaring, those 2% trading fees are adding up very quickly. Coinbase’s $335 billion of trading volume in the first quarter was eleven times what it was a year ago, and its revenue of $1.8 billion was nine times last year’s.

There’s a flood of interest in cryptocurrencies, but those financials could also still just be getting started. Coinbase CEO Brian Armstrong recently mentioned his company would soon list “every [crypto]asset where it is legal to do so.” That means next time around, Coinbase won’t miss out on tens of millions of trading fees when Elon Musk mentions his fascination with Dogecoin.

But let’s step back from the short-term trading angle of this. There are also a few things about buying and selling cryptocurrencies on Coinbase’s exchange that are fundamentally different than buying on selling stocks on a brokerage like Schwab (SCHW).

Once a user buys Bitcoin, Ethereum, or any of the 108 crypto assets that Coinbase supports, they have optionality on how to monetize them even further. Staking allows users with Ethereum to validate other transactions and earn more Ethereum as rewards.

Coinbase will pay you 4% interest for holding stablecoins on its platform, or will loan you money for 8% APR with no credit check if you post your Bitcoin as collateral.

That makes Coinbase and cryptocurrencies an intriguing alternative to parking your cash in a bank account, or in using it as a longer-term investment opportunity. Coinbase’s average account today has around $4,000 worth of cryptoassets. Contrast that with the $221,000 average account size on Schwab.

Many of Schwab’s assets under management are in retirement accounts, which are also beginning to embrace cryptocurrencies. ForUsAll is now allowing its plan participants to contribute up to 5% of their retirement assets to crypto.

And the rest of the world has taken an interest in crypto for commercial transactions. El Salvador recently declared Bitcoin as legal tender, meaning businesses will now be required to accept it for payments. Other countries will follow suit, leading many to believe that Bitcoin could eventually become an unofficial cross-border currency of Latin America.

Even if you’re personally not buying or using Bitcoin, keep an eye on how many people are. Coinbase already has 134,000 merchant partners who accept payments from its digital wallets today. That number will be significantly higher five years from now. Welcome to the cryptoeconomy.