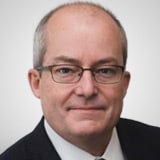 Walgreens Boots Alliance (WBA) is the largest retail pharmacy chain in the United States and Europe, with over 21,000 Walgreens and Boots stores in 11 countries, notes Bruce Kaser, editor of Cabot Turnaround Letter.

The company was founded in Chicago in 1909, when Charles Walgreen opened his second pharmacy store. Walgreens completed its IPO in 1927 and expanded mostly through new store openings to 8,000 stores over the next eight decades. In 2013, it initiated a strategic partnership with global pharmaceutical distributor AmerisourceBergen (ABC) through a 28% equity stake and various commercial agreements.

In 2014, Walgreens completed its combination with Switzerland-based Boots Alliance and acquired a 12% stake in Chinese wholesaler Nanjing Pharmaceutical. This past June, Walgreens sold its Alliance Healthcare business to Amerisource for $6.5 billion in cash and shares.

Once a retail powerhouse, Walgreens now faces hefty secular challenges. Its growth has stalled as the pharmacy industry is over-built. Also, customers now have plenty of alternatives to visiting the often poorly run and expensively priced stores. And, constant pricing pressure from private and government payors is squeezing the profit margins on prescription drugs.

Walgreens’ strategic plan seems unclear and unoriginal. Its efforts to create wellness clinics in its stores already faces several more-developed competitors. The retail and digital initiatives (which includes a plan to offer credit/debit cards) look more like catch-up efforts than growth drivers and seem unlikely to make a meaningful difference.

As such, it isn’t surprising that WBA shares are out of favor and viewed as a broken growth stock. The shares now trade at half their mid-2015 peak and are essentially unchanged from their price of 20 years ago.

Walgreens has several traits that make it attractive as a turnaround candidate. First, at 9.4x earnings and 7.3x EBITDA using fiscal 2022 consensus estimates, the stock is priced at a bargain.

The bargain looks even better due to an accounting quirk that undervalues its Amerisource stake by as much as $4 billion, equal to about 10% of Walgreens’ market cap. And low valuation has resulted in its recently-raised dividend producing a 4.1% yield.

Second, the company’s financial condition is sturdy. While its margins are generally thin, it earns large and stable profits, which management has guided for 10% growth this year. European profits should recover from pandemic-related weakness next year, providing an earnings tailwind.

Walgreens also generates immense free cash flow. The company is backed by a sturdy balance sheet with modest leverage even before its recent $3.3 billion paydown from the Alliance proceeds.

Critically, the company replaced its CEO this past March. Roz Brewer, a rising executive at Starbucks (SBUX) where she was the chief operating officer and a board member, brings a much-needed fresh perspective. While topline improvements seem unlikely, Brewer could expand Walgreens’ current $2 billion in efficiency improvements.

Perhaps more important, she could improve its capital allocation and strategic priorities, which could lift the shares’ dismal valuation. With the company’s considerable financial flexibility, the new CEO has many ways to increase shareholder value.

While meaningful change may not occur overnight, the company has the potential for a major lift in shareholder value from its depressed level. We recommend the purchase of Walgreens Boots Alliance with a $70 price target.