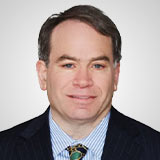 We just passed the forty-year anniversary of America’s highest interest rate environment in history. Back then, nobody knew that rates were about to fall, precipitously at first, and then continue in that downward trend for four full decades, notes Paul Price, a daily columnist with TheStreet's Real Money Pro.

The United States Treasury had trouble finding buyers at its 20-year bond auction. They eventually had to pay 15.78% to lure people and institutions to lock in for two decades.

Why did rates get so high? So-called ‘bond vigilantes’ insisted on getting paid enough to offset the ravages of inflation. They let Washington politicians know they weren’t going to take rates which lowered the true buying power of the money they were lending.

That was, and remains, the proper way to set coupon rates. Auction pricing reflected the true balance of supply and demand based on all known information at the time.

The most recent PCE reports show officially reflected inflation north of 4%. If the Federal Reserve Bank was not distorting bond demand, by buying up a majority of all new bond issuance, coupon rates would likely be at least 5% - 7% depending on the maturity.

Instead, these were the pitifully inadequate current yields on treasury paper from 30-days out to 30-years. Anyone purchasing fixed income at those rates is virtually assured they will lose significant buying power over time.

Why is the Fed setting rates artificially low? With the nation’s national debt above $28 trillion, and about to shoot much higher, normalized interest rates would cripple America by pushing debt service expenses to an unsustainable percentage of the entire budget.

Jerome Powell’s refusal to address already fast rising, and non-temporary inflation, merely reflects this reality. From a practical standpoint the Fed can never revert back to what had previously been normal interest rates. What does all this mean to you, and what you should be investing in right now?

1) Keeping any long-term money in fixed income is probably the worst decision you could possibly make.

2) Think twice before paying down a super low-interest rate mortgage early. You may never be able to borrow huge sums at negative true interest rates (adjusted for inflation) ever again.

3) Only hold things that can be “marked up” as inflation “marks down” the buying power of each dollar.

What works best for investors regarding item 3 above? Shares of companies with ‘pricing power’ which can offset ever higher costs of labor, raw materials, healthcare and the proposed increase in corporate taxes.

Precious metals are a possible play to fight escalating money printing and hard to swallow interest rates. That said, physical gold produces no income and often carries insurance and storage fees. ‘Paper gold’ such as commodity options, futures and notional products like the SPDR Gold Trust ETF (GLD) involve risk of their sponsors’ ability to make good on their promises.

We certainly are living in interesting times. Government agencies have been politicized and the Federal Reserve Bank is painted in a corner. All we can do is make the best of these crazy situations. In my world the best way to survive and prosper is to keep most of your long-term assets in shares of healthy, price-protected companies.